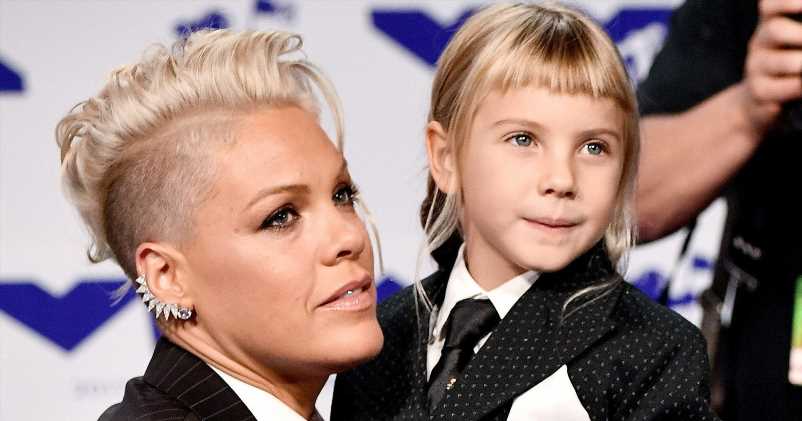 Putting in her two cents. Pink spoke to her 9-year-old daughter, Willow, about her “wishes” for the presidential election.

“Well, my biggest wish is to go to Hogwarts,” the little one told the Grammy winner, 41, in a Tuesday, November 3, Instagram video, before noting that she wanted “peace” for the country.

Willow also told the “Raise Your Glass” singer that she would like Joe Biden to beat Donald Trump. “Because he’s good,” she explained.

Jennifer Garner commented on the footage: “Thanks for this little bit of sweetness.”

Earlier that same day, the Pennsylvania native spoke about the importance of voting. “It is a right and responsibility that each citizen make their voice heard,” Pink captioned an Instagram photo of herself in a “VOTE” sweater. “Many have fought and died for the right to vote. I voted for Joe Biden and Kamala Harris. I will always use my voice.”

As for her husband, Carey Hart, the former professional motocross competitor, 45, tweeted about his support for Biden, 77, earlier this month. “I’m a Republican who hates Trump, so I have no choice,” the California native wrote.

The Inked author’s comments came just after he posted pictures of Willow and her brother, Jameson, 3, having a “fun morning shooting.” Hart wrote at the time: “Willz is getting seriously good with the rifle and handling of a firearm. And Jamo absolutely loves shooting! And the rate that he is processing the handling of them, he makes me proud. I’m a firm believer in teaching my kids to shoot, but more importantly, handle a firearm. No better sound than the bullet of your kids’ gun plucking a steel target at 30 yards.”

When a Twitter user expressed confusion over his Democratic support when the party would “take” away guns, Hart denied that possibility, writing, “Why has none of the 44 [presidents] before been able to take them??”

The off-road truck racer previously defended letting Willow shoot a rifle in January 2019. “Haven’t poked the parenting police bear in a few days,” Hart captioned an Instagram video at the time. “Willz and I shooting the 22 rifle. She is getting pretty good. Can hit a 12-inch pie plate from 30 yards. Started her shooting at 3yrs old. For the record non [sic] of us hunt, just enjoy shooting for sport. I’m raising the kids with knowledge of fire arms, how to handle them, shoot them, store them, and avoid them in uneducated hands. #knowledgeispower.”