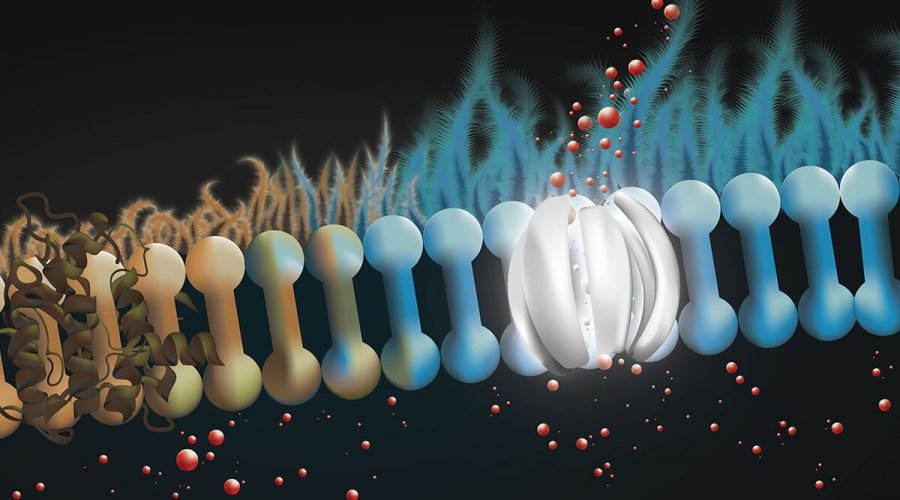 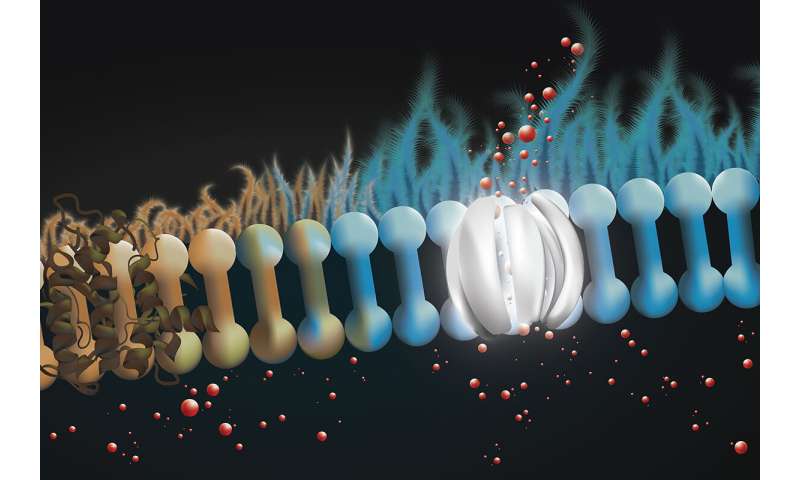 An approved drug normally used to treat fungal infections could also do the job of a protein channel that is missing in the lungs of people with cystic fibrosis, operating as a prosthesis on the molecular scale, says new research from the University of Illinois and the University of Iowa.

Cystic fibrosis is a lifelong disease that makes patients vulnerable to lung infections. There are treatments for some but not all patients, and there is no cure. The drug restored infection-fighting properties in lung tissue donated by human patients as well as in pigs with cystic fibrosis. It has potential to become the first treatment to address all types of cystic fibrosis, regardless of the genetic mutation that causes the protein deficiency.

The researchers published their findings in the journal Nature.

“Instead of trying do gene therapy—which is not yet effective in the lung—or to correct the protein, our approach is different. We use a small molecule surrogate that can perform the channel function of the missing protein, which we call a molecular prosthetic,” said Dr. Martin D. Burke, the leader of the study. Burke is a professor of chemistry at Illinois and the associate dean for research at the Carle Illinois College of Medicine.

Healthy lungs have a layer of liquid on the surface of the airways that helps protect against infection. Cells in the lining of the lung secrete bicarbonate, or baking soda, into the liquid to make it inhospitable to invading bacteria. However, in people with cystic fibrosis, the protein in the cell membrane that vents the bicarbonate to the surface, called CFTR, is defective or missing altogether.

Burke’s group has long investigated the channel-forming properties of a drug used to treat fungal infections, amphotericin (am-foe-TARE-is-in). In the new study, the researchers explored it as a treatment candidate for cystic fibrosis. They found that amphotericin can form channels in the surface membrane of lung tissue donated by people with cystic fibrosis that was caused by various mutations in the CFTR gene. The channels released bicarbonate that had built up in cells and brought the pH and thickness of the airway surface liquid back within normal range. 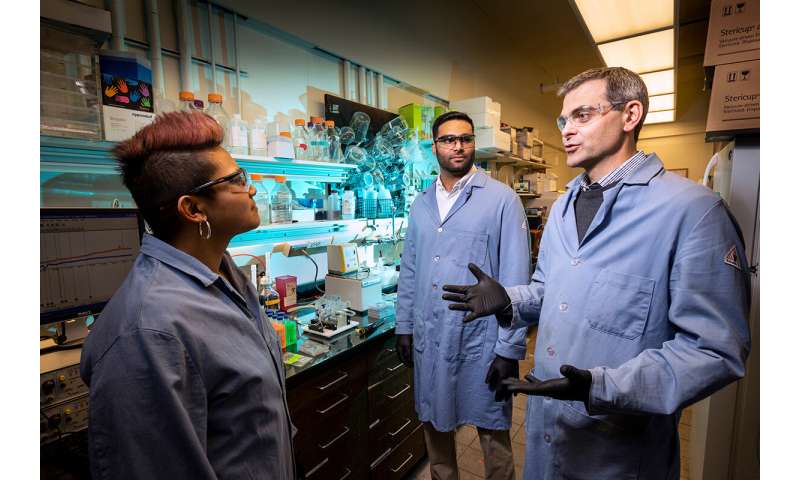 The researchers also treated pigs with cystic fibrosis using a version of amphotericin formulated for delivery to the lungs. In both the experiments, in human tissue and in pigs, the researchers saw a restoration of the infection-fighting properties in the liquid lining the lung surfaces.

“Just as a simple prosthetic device can restore a lot of function to those missing a limb, we found that although amphotericin is not a perfect mimic of the CFTR protein, it can function as a bicarbonate channel and restore defense mechanisms in the airway surface liquid,” Burke said.

Unlike drugs that target defective CFTR proteins and work to correct their misfolded structure, the molecular prosthetics approach bypasses the defective protein to form new channels—an important feature for the 10 percent of people with cystic fibrosis who are completely missing the CFTR protein and therefore cannot be treated with corrector drugs.

“Whereas many of the latest advances in cystic fibrosis treatment have been targeted to specific mutations, this approach would benefit everyone with cystic fibrosis, regardless of mutation,” said Emily Kramer-Golinkoff, a co-founder of the nonprofit cystic fibrosis research foundation Emily’s Entourage, which in part funded the research. “Second, and perhaps even more importantly, this approach presents an opportunity to repurpose an existing, approved drug and bring it to the clinic quickly.”

Next, the joint Illinois-Iowa research team will conduct clinical trials to see whether amphotericin delivered to the lungs is effective in humans with cystic fibrosis.

“Since amphotericin is an already approved drug, the path to clinical translation is more direct. It’s already been shown to be safe when delivered directly to the lung, and it doesn’t get into the rest of the body, so we can avoid the negative side effects that the drug is known for,” Burke said. “We are hoping to conduct clinical trials soon, especially with people for whom correctors are not beneficial.”