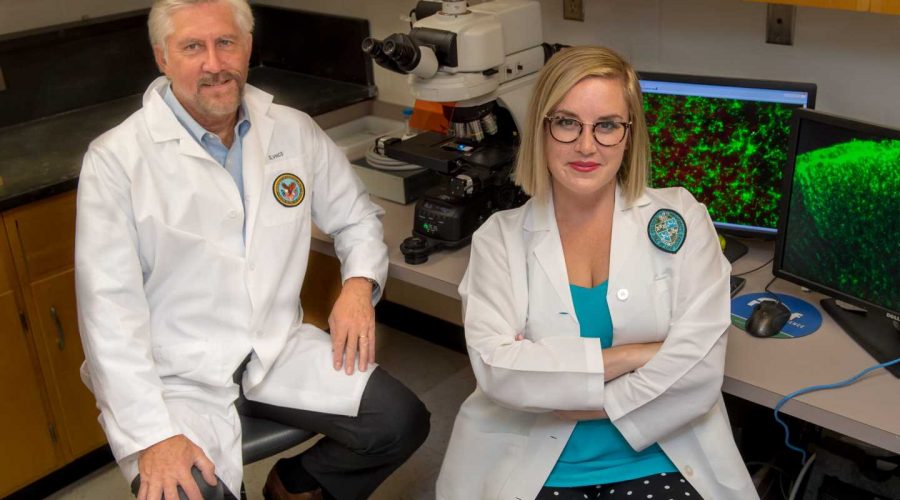 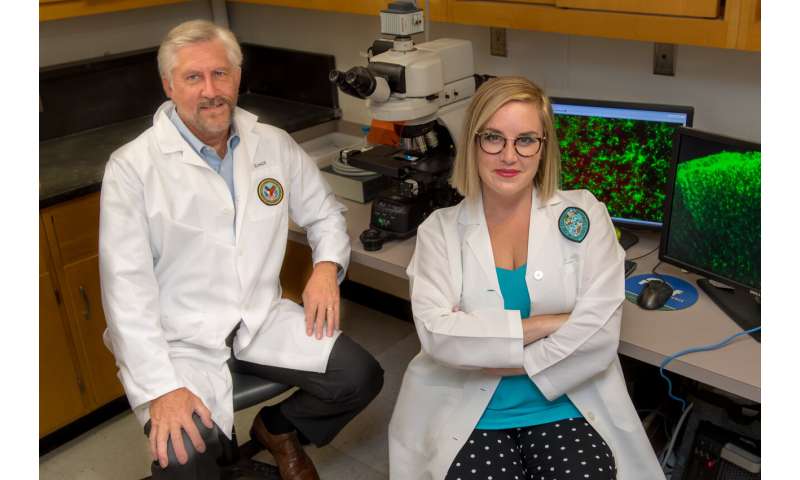 Morphine and other opioid-based painkillers are very effective at treating pain initially, but studies have shown that the drugs can make patients more pain-sensitive, prolonging their discomfort and increasing their risks of developing chronic pain.

A new type of opioid developed by researchers at Tulane University and the Southeast Louisiana Veterans Health Care System doesn’t have this side effect and accelerates recovery time from pain compared to morphine, according to a new study published in the Journal of Neuroinflammation.

Previous pre-clinical studies at Tulane have shown that the drug is as strong as morphine but isn’t addictive and causes fewer side effects.

“A drug that prevents the transition from acute to chronic relapsing pain would represent a true breakthrough in drug development for pain management,” said senior study author James Zadina, professor of medicine, pharmacology and neuroscience at Tulane University School of Medicine and director of the neuroscience laboratory at the VA. “Not only have the mechanisms behind the shift from acute to chronic pain been elusive, but efforts to thwart this transition have had little success.”

Scientists tested a novel opioid called ZH853 using rat models of inflammatory pain and pain after surgery. The drug is an engineered variant of the neurochemical endomorphin, which is found naturally in the body.

Researchers treated rats with ZH853, morphine or a placebo. Rats treated with morphine for a few days recovered more slowly than those given a placebo. This was true whether the morphine was given before or after the injury, indicating that prior use—or abuse —of opioids could aggravate subsequent recovery from injury.

When tested in the same inflammatory and postoperative pain conditions as morphine, the new drug unexpectedly accelerated recovery from the pain—in some cases slashing recovery time in half compared to both morphine and a placebo. In one group, pain lasted 32 days with no treatment, 46 days after morphine and only 11 days after ZH853.

“ZH853 diminished the amount of time in pain versus morphine in all tests,” said study first author Amy Feehan, Ph.D., a Tulane neuroscience graduate student. “This was an unexpected and unprecedented finding considering that opioids are known to increase and prolong many types of pain.”

Researchers also ran tests for a form of pain sensitivity that can be masked by changes in the body’s endorphin system after an injury. When an injury causes pain, the body’s endogenous opioid system engages to counteract it. If the opioid system is blocked—either by stress or an antagonist—the underlying pain can return even after the injury has healed and contribute to chronic pain.

Unlike morphine, the new drug prevented this.

“With ZH853, the underlying pain was eliminated rather than simply masked,” Zadina said. “ZH853 attenuated or blocked two separate processes that contribute to the transition from acute to chronic pain, neuroinflammation and latent sensitization.”

Researchers hope to begin human clinical trials of the new drug within the next two years.