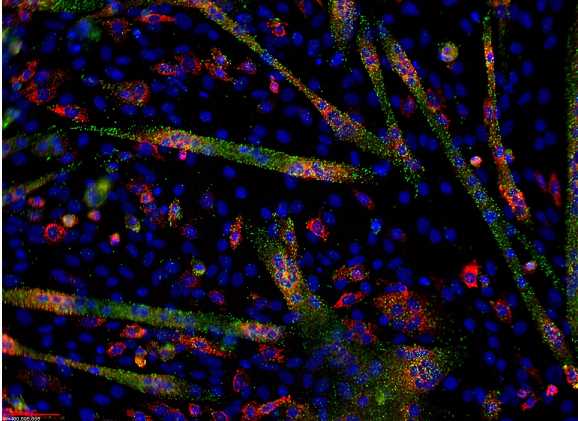 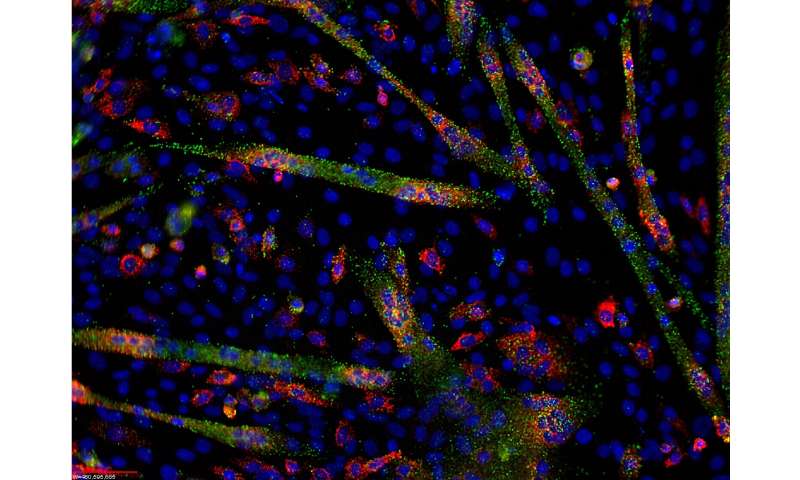 It turns out the gut is full of surprises. And one of those surprises may have offered up a key for unlocking a new way of treating multiple sclerosis (MS). Investigators from Brigham and Women’s Hospital have discovered a microRNA—a small RNA molecule—that increases during peak disease in a mouse model of MS and in untreated MS patients. When a synthetic version of the microRNA was orally given to the mice, it prevented disease. While several steps remain before these insights can be translated into therapy for patients, the researchers describe their results as both exciting and unexpected. Their findings are published in Cell Host & Microbe.

“We’ve discovered a new mechanism to regulate the microbiome and treat human disease that hadn’t been known before,” said senior author Howard Weiner, MD, co-director of the Ann Romney Center for Neurologic Diseases at the Brigham. “The gut microbiome is known to play an important role in MS and other diseases. Our findings, which show that a microRNA can be used to target and influence the microbiome with precision, may have applicability for MS and many other diseases, including diabetes, ALS, obesity and cancer.”

Weiner, lead author Shirong Liu, MD, Ph.D., an instructor in the Weiner laboratory, and their colleagues investigated how the altered gut microbiome affects the course of MS. To do so, they studied the microbiome and microRNAs found in the experimental autoimmune encephalomyelitis (EAE) model of MS. Unexpectedly, they found that when they transferred fecal matter from EAE mice at peak disease, it protected the mice who received the transfer. The team found that a specific microRNA, known as miR-30d, rather than live bacteria, was responsible for preventing disease. The investigators found that miR-30d is enriched in untreated, relapsing-remitting MS patients as well.

To further investigate the effects of miR-30d, the researchers created a synthetic form of the microRNA that they could orally administer to mice. They found that giving the synthetic, oral form of the microRNA also resolved disease. The investigators next examined what components of the microbiome were changing in response to the microRNA. They found the microRNA was influencing one specific bacterial strain known as Akkermansia muciniphila, allowing it to grow and flourish in the gut. A. muciniphila has been previously reported to have anti-inflammatory properties and may help people overcome obesity.

“It’s unexpected and perhaps counter-intuitive that something we find in the microbiome during peak disease could provide protection,” said corresponding author Liu. “But we hypothesize that the effects we’re seeing represent a protective mechanism. Most patients with relapsing-remitting MS spontaneously recover from acute attacks. What we’ve found here may be a part of that recovery rather than a reflection of disease progression.”

The research team emphasizes that the work to date has been conducted only in preclinical models and that trials testing the safety and effectiveness of this approach in humans will be needed before the findings can be translated into therapy for patients. But the investigators remain optimistic and are currently pursuing next steps to bring their results closer to clinical impact.

Related posts:
26/11/2019 Health Problems Comments Off on Investigators narrow in on a microRNA for treating multiple sclerosis
Categories
Recent Posts
We and our partners use cookies on this site to improve our service, perform analytics, personalize advertising, measure advertising performance, and remember website preferences.Ok