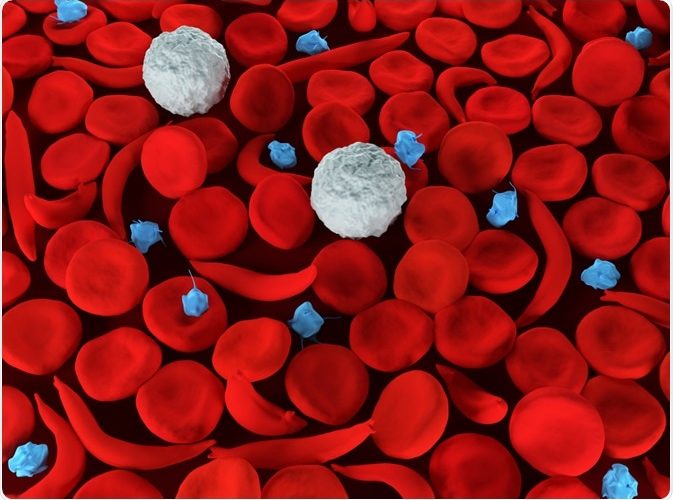 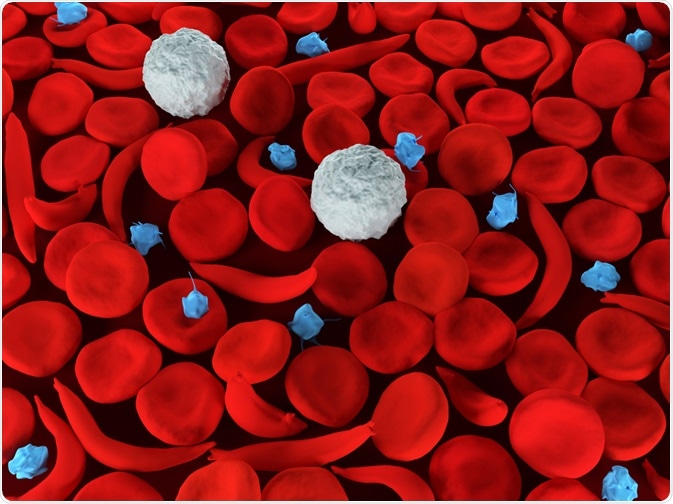 Despite SCD being attributed to a single mutation in the HBB gene (the same genetic basis), the clinical presentations between different ethnicities and people living in different regions are quite variable – this is even more apparent for carriers of sickle cell trait (SCT). For example, the Asian haplotype (prevalent in Saudi Arabia and India) is associated with less hemolysis (blood cell damage/death) with more mild clinical features with a longer survival rate.

Other reasons for the variance of clinical features are also the interactions with other commonly found traits e.g., the co-inheritance of a-thalassemia and HbF (fetal hemoglobin) production, or the interaction with the beta-thalassemia or beta-C genes. These genetic differences may account for the variance in presentations as well as interactions with medications and treatments. However, it does seem that in most cases, the Asian version of SCD is milder compared to the version prevalent in Africa.

Without accurate lab-based confirmatory diagnostic tests, an accurate diagnosis for SCD cannot be made and may sometimes be misdiagnosed with anemia or other disorders. This inevitably has big consequences on treatment strategies. Molecular diagnoses, in addition to a full reticulocyte count, full blood counts, peripheral blood smears are needed for more accurate diagnoses.

Doing these requires laboratory equipment which many hospitals in the developing world where SCD has a higher prevalence do not have. Thus, screening facilities are desperately needed in many poorer nations, though some improvements have been made recently (for example in India).

Another, perhaps better alternative, would be to perform mass newborn screening in prevalent areas requiring the systematic screening of all newborns, or those whose mothers are known to have sickle cell trait (SCT). This has already started to become a reality in many cities across India, for example, and can lead to earlier interventions.

To date, the only ‘curative’ treatment for SCD is that of hematopoietic stem cell transplantation (HSCT) (in addition to blood and marrow transfusions), however, the procedure itself is risky (toxicities/graft rejection), expensive and due to the lack of suitable donors, often limited. One of the potential negative consequences of regular blood transfusions is that of iron-overload requiring iron-chelation therapy.

The other (pharmacological) disease-modifying treatment for SCD is that of hydroxyurea, which can drastically change the quality of life and lifespan in SCD patients. Hydroxyurea drastically reduces the likelihood of strokes, vaso-occlusive crisis (VOC) pain, acute chest syndrome (ACS), and severe anemia – all complications of SCD. However, despite its effectiveness, hydroxyurea is still not widely used in both developed and developing nations.

Newer treatments include a monoclonal antibody against p-selectin and another molecule that targets HbS (sickle hemoglobin) polymerization. In addition, gene therapy remains to be the most promising cure for genetic diseases, and advancements in research have led to the first few successful gene therapy trials in humans for SCD proving both efficacy, stability, and safety.

SCD can lead to many clinical complications, especially if not managed well. One of the biggest natural challenges for SCD is that of VOCs – and repeated VOCs which can lead to tissue and organ ischemia. Furthermore, some of the analgesic treatments used to manage VOC pain may themselves cause systemic damage such as gastric erosion due to ulcers caused by NSAID or respiratory depression and the build-up of tolerance with opioids e.g., morphine, especially with chronic long-term use.

Another major consideration of SCD is exertion-related injury. This stems from performing intensive exercise or physical exertion e.g., military or athletes, and can lead to either sudden death or rhabdomyolysis – though these thankfully remain rare in the normal population of SCT carriers or SCD patients.

Despite that, the risk of sudden death is relatively higher in SCT carriers (but not absolute risk) who serve in the military compared to non-carriers (usually of African American ancestry). It is important to note that recreational aerobic exercise does not increase the risk in SCT carriers, though people with SCD should be wary of VOC.

Up to 15-35% of all adults >45 years of age with SCD may develop chronic kidney disease (CKD), and having diabetes or hypertension in addition to SCD increases the risk of CKD. Furthermore, SCT carriers are also at a 1-2x increased risk of CKD compared to non-carriers; possibly due to subclinical hypoxic sickling in the kidney’s renal medulla over time, though CKD is common in other demographics too. The prevention of CKD as well as an effective treatment in SCD patients is still poorly understood and warrants further research.

In summary, despite the presence of limited curative and disease-modifying treatments for SCD, there remain several challenges associated with diagnosis, treatment, and understanding complications of SCD. Many of these stem from the lack of widespread screening and accurate lab-based diagnostics in less developed & prevalent regions. Advances in medicine and biomedical research have already led to better diagnostics and treatments, and many more remain hopeful in the coming years and decades.

Osman is a Postdoctoral Research Associate at the University of Sheffield studying the impact of cardiovascular disease (atherosclerosis) on neurovascular function in vascular dementia and Alzheimer's disease using pre-clinical models and neuroimaging techniques. He is based in the Department of Infection, Immunity & Cardiovascular Disease in the Faculty of Medicine at Sheffield.