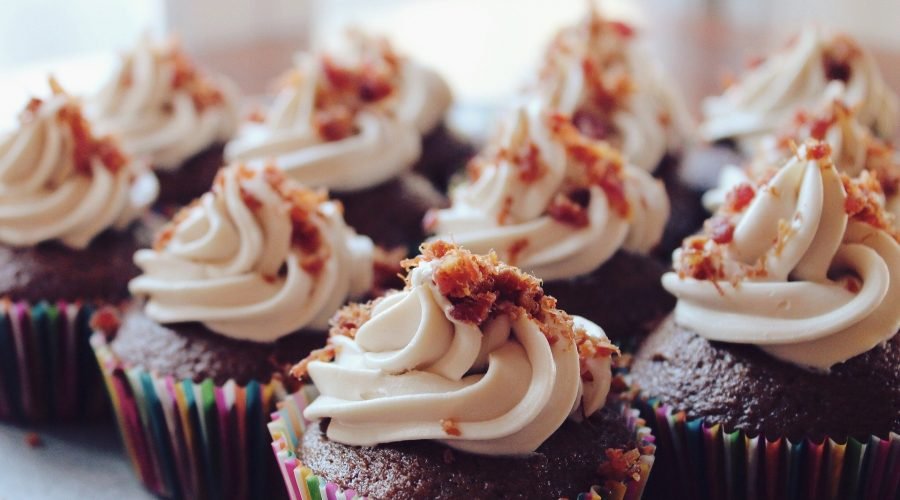 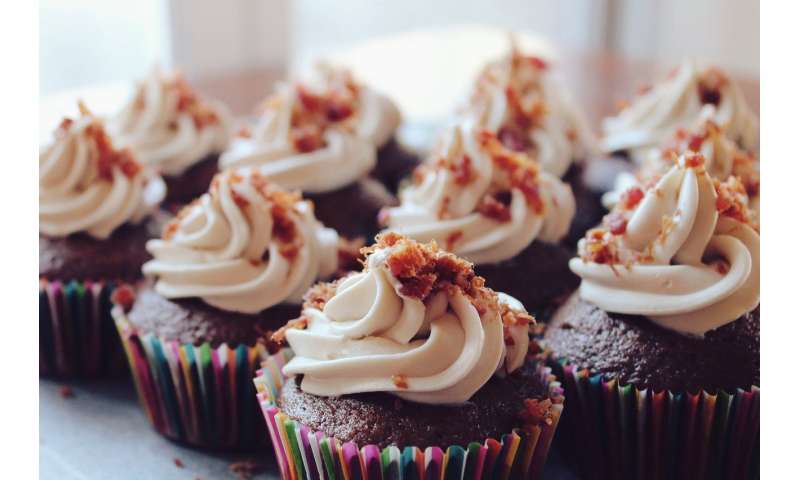 If you’re going to choose dessert first, then the high-calorie option might lead to your eating a healthier meal, unless you have a lot on your mind, according to new research published by the American Psychological Association.

Researchers placed either a healthy or less healthy dessert (fresh fruit vs. lemon cheesecake) at the beginning or end of a university cafeteria line. When diners picked the cheesecake first, they then chose lower-calorie main or side dishes and ultimately consumed fewer calories than diners who chose the fresh fruit first. Those effects weren’t found when either dessert was placed at the end of the food line.

“We believe diners who chose the indulgent dessert first then picked healthier main and side dishes to make up for their high-calorie dessert,” said Martin Reimann, Ph.D., an assistant professor of marketing at the University of Arizona who was one of the lead study authors. “Diners who picked the healthier dessert may have thought they already had done a good deed for their bodies so they deserved higher-calorie food further down the cafeteria line.”

The first experiment was conducted in the cafeteria of the EGADE Business School at the Tecnológico de Monterrey in Monterrey, Mexico. Three additional online experiments that mimicked a food delivery website had similar findings, except when participants were distracted because they had a lot on their mind. In that case, participants who chose the indulgent dessert first were more likely to keep making unhealthy choices by picking high-calorie main and side dishes.

In the cafeteria experiment, study author David Flores, Ph.D., and a research assistant interviewed 134 diners about healthy eating after they passed through the cafeteria line. Over four days, lemon cheesecake or fresh fruit (but not both) was placed first in the line or at the end of the line. There also were healthy and less healthy main and side dishes (e.g., grilled chicken fajitas and a small salad or fried fish and french fries). The diners’ food choices were surreptitiously recorded during the interviews, and the amount of leftover food also was noted after the meals to estimate the total calories consumed. The cafeteria had a fixed-price menu so the price of the desserts wasn’t a factor, according to the study.

The researchers controlled for other variables that might have affected the findings, including age, gender, body mass index, dieting, exercise and opinions about healthy eating. The only variable that had significant effects was age, with the difference in calories consumed increasing with age. Since faculty and staff also used the cafeteria, the ages of participants ranged from 18 to 60 years with an average of 32 years.

Since online food delivery services have become more popular, the study included three online experiments using the same design as the cafeteria experiment but with a mock food delivery website. The dessert choices were fruit salad or chocolate cake. In the first experiment, 160 participants were asked how hungry they were and how much they thought they would eat of each food item they chose, so overall calorie consumption could be estimated. The findings were similar to the cafeteria study with significantly fewer calories estimated for entire meals when participants chose the chocolate cake first instead of the fruit salad.

In another online study with 180 participants, the findings were similar when a healthy or less healthy main dish was presented first on the food delivery website menu instead of a dessert.

A final online experiment with 296 participants explored whether a diner’s mindset might affect their food choices. One group was told to memorize a two-digit number before they ordered from the food delivery website while the other group had to memorize a seven-digit number. For the group with a low “cognitive load” who memorized the two-digit number, the findings were similar to the previous experiments.

However, participants with a high “cognitive load” who tried to remember the seven-digit number had the opposite result. They were more likely to choose high-calorie main and side dishes after picking a high-calorie dessert.

“People should be aware that their initial food choices and their mindset may affect the overall healthiness of their meals,” Reimann said.