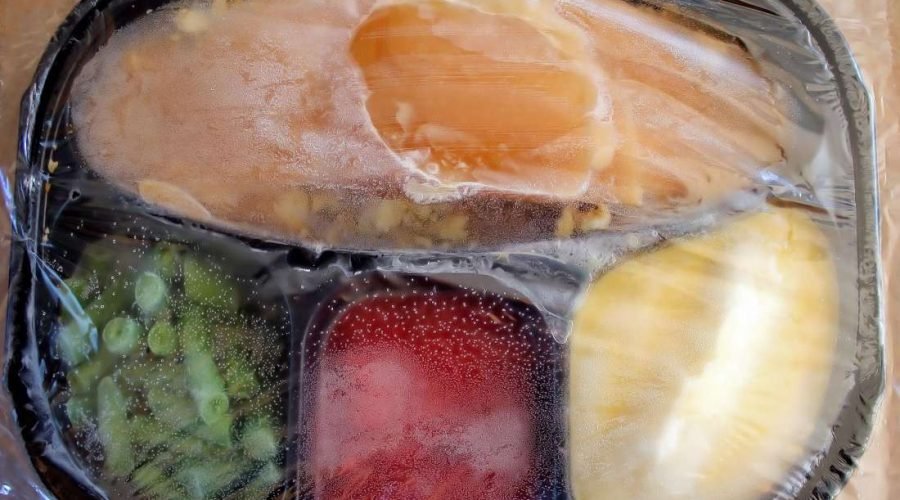 There has never been a closer eye watching the average diet of people in the United States than there is today.

Rising obesity and diabetes rates have spurred furious research into the exact role of the “Western diet.”

We already know that high levels of sugar and fat can have a detrimental impact on various systems of the body.

However, the full scale of the damage is only coming into focus now.

As part of this new push to examine the impacts of diet on health and longevity, a group of French scientists focused on ultraprocessed foods.

The term “ultraprocessed” refers to food products that manufacturers have put through industrial processes and contain a range of ingredients. Some examples include sugary drinks, breads, ready-made meals, confectionaries, and processed meats.

The dangers of ultraprocessed foods

According to the authors of the latest study, scientists have already linked ultraprocessed products with a range of conditions, including “obesity, hypertension, and cancer.”

They are generally high in energy, fat, and sugar or salt, and low in fiber, which helps explain their links to disease risk. However, on top of this, they tend to contain a range of artificial ingredients that might also play a role in some conditions.

Such products tend to be cheap to produce and affordable for consumers; and, according to some research, ultraprocessed foods “dominate the food supplies of high-income countries.”

In fact, ultraprocessed foods account for around 57.9 percent of the energy intake for the U.S.

Although scientists had previously linked ultraprocessed foods to many health conditions, until now, none had examined their impact on overall mortality.

A new study, which now appears in JAMA Internal Medicine, set out to fill this gap.

To investigate, the scientists took data from the French NutriNet-Santé Study. In total, they followed 44,551 individuals aged 45 or older for an average of 7.1 years.

Each volunteer completed a web-based form that asked about their food intake, and they provided information about their lifestyle, weight, height, levels of physical activity, and socioeconomic status.

The scientists saw that consuming higher levels of ultraprocessed foods was associated with being younger, earning less, having a lower level of education, living alone, exercising less, and having a higher body mass index (BMI).

As they expected, even after adjusting for a range of factors, higher levels of ultraprocessed foods in the diet were associated with an increased risk of all-cause mortality.

“Findings from this prospective study of a large French cohort suggest for the first time, to our knowledge, that an increased proportion of ultraprocessed foods in the diet is associated with a higher risk of overall mortality.”

The scientists believe that the negative impact of ultraprocessed food on longevity is likely due to the factors mentioned above — namely, high sodium, fat, sugar, and salt content, low fiber, and a range of artificial additives.

These additives commonly include emulsifiers, which, according to some studies, might be linked with metabolic syndrome and obesity.

Also, there may be a role for chemicals that are produced during the manufacture of these foods. For instance, when people cook some foods at a high temperature, it can produce acrylamide, which some experts think may be carcinogenic.

The authors also note some shortfalls in the study. For instance, participants in the NutriNet-Santé Study tend to be more health conscious than the population at large.

They also mention the risk of reverse causation — in other words, if somebody develops a chronic disease, their dietary patterns might change. For instance, if someone developed a condition that made it harder for them to move around their kitchen, they might become more reliant on ready-made meals.

As ever, more research is needed to knock the kinks out of these data. That said, this is the largest study of its type and is confirmed by earlier studies examining health-related questions.

As the age of ultraprocessed foods marches on, this type of research is more necessary than ever.