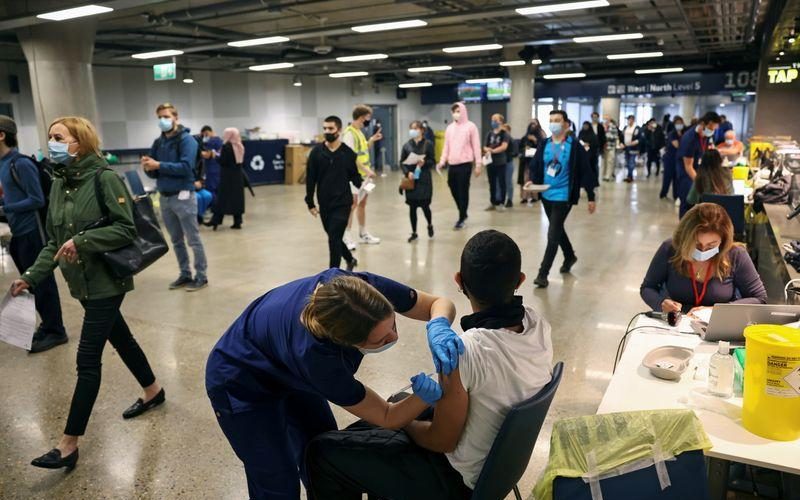 FILE PHOTO: A person receives a dose of the Pfizer BioNTech COVID-19 vaccine at a mass vaccination centre for those aged 18 and over at the Tottenham Hotspur Stadium, amid the coronavirus disease (COVID-19) pandemic, in London, Britain, June 20, 2021. REUTERS/Henry Nicholls

OXFORD, England (Reuters) – British Foreign Secretary Dominic Raab warned that the world would not be vaccinated until 2024 under current rates and urged other countries to join Britain in donating shots to poorer nations to bring that date forward to the middle of next year.

Raab told Reuters he hoped other countries would step up to the plate after Britain started distributing the first tranche of the 100 million shots it plans to give away.

“We know on the current trajectory the world will only be adequately vaccinated at 2024, at the end,” he told Reuters at the Oxford Biomedica factory. “We want to get that date back to the middle of next year and that will make a massive difference to those countries affected.”