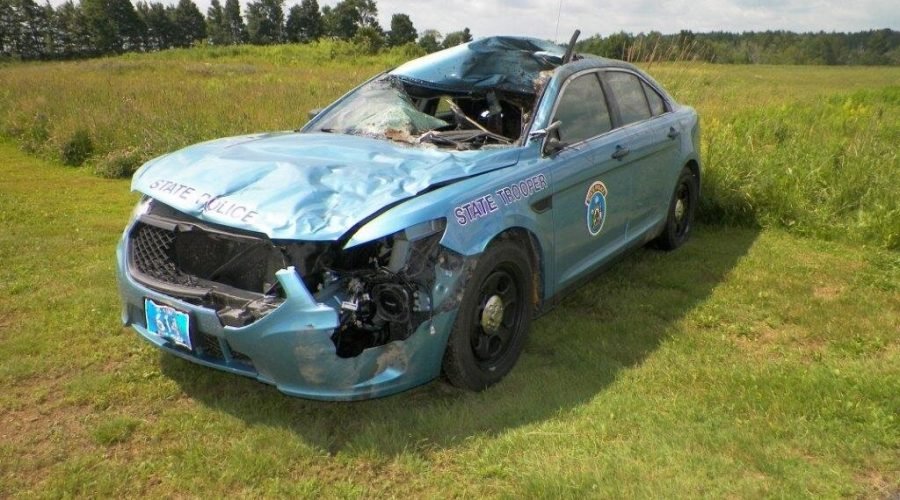 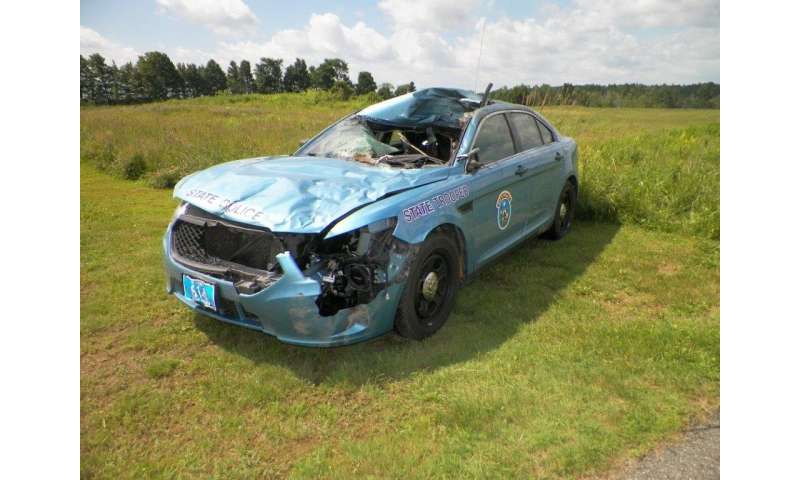 More than 500 traffic crashes involving moose occur in northern New England each year, and the injuries sustained by a vehicle’s occupants—because of the height and weight of the animal—can be far more serious and more likely to result in fatalities than collisions with deer, researchers report in a study published as an “article in press” on the website of the Journal of the American College of Surgeons ahead of print. Treating these injuries can pose unique challenges for trauma centers in areas with high moose populations.

“Obviously, this issue is localized to the northern areas of the United States, but it is also a significant issue in Canada and Scandinavia,” said lead author David E. Clark, MD, of the Center for Outcomes Research and Evaluation at Maine Medical Center in Portland. “Medical professionals in these geographic regions should be aware of the typical injury pattern and should support preventive efforts.”

There has been an average of more than 500 traffic accidents involving moose per year for the last five years, but that’s down sharply from the peak of more than 1,200 accidents in 1998, according to study authors. The researchers analyzed motor vehicle crash data from state fish and wildlife agencies in Vermont, New Hampshire, and Maine; the Maine Department of Transportation; and three trauma centers in Maine and New Hampshire. Most of the crashes occurred in Maine. Study authors speculated that two factors may have contributed to the decline in crashes involving moose: public education about the hazards of moose on roadways and environmental changes that have caused a decline in the moose population.

In Maine alone, the study documented 50,281 collisions with deer and 7,062 with moose from 2003 to 2017. Twenty-six moose collisions resulted in a human fatality, as did 10 deer collisions—an incidence of one in 271 crashes (0.37 percent) for the former compared with one in 5,000 (0.02 percent) for the latter. “Deer collisions are indeed much more common, but after controlling for other factors, our statistical model demonstrated that a human fatality was more than 13 times as likely after collision with a moose,” Dr. Clark said.

Moose are massive animals, weighing from 800 to 1,300 pounds and standing as tall as 6 feet, 6 inches at the shoulder. When the front of a vehicle strikes a moose, it tends to impact its long legs, sending the bulk of the animal to collide into the windshield and roof.

“Clinicians should be aware of the high frequency of passenger injuries to the head, face, and cervical spine resulting from the direct impact of the massive animal over the hood into the passenger compartment,” Dr. Clark said. The authors note that there were no human fatalities in 158 Maine crashes involving Swedish vehicles, which, the authors say, “are specifically engineered to tolerate moose-motor vehicle crashes.” However, because of the small sample, this finding was not statistically significant.

The researchers found that motor vehicle collisions involving moose are most frequent after sunset and, to a lesser extent, near sunrise. However, the risk of fatal collision is almost three times greater at midday than at other times during the day, perhaps because of speed and driver factors. Seasonally, collisions are more frequent in the late spring and summer.

For surgeons and trauma personnel in northern New England, moose motor vehicle crashes “are not rare and not to be taken lightly,” Dr. Clark said. “Because of the unique mechanism of injury, serious head and neck injuries must be anticipated, even when safety belts and airbags have been appropriately used.”

These accidents may also result in “swerve-and-miss” injuries, whereby the moose is partially struck but the car crashes into a tree or other barrier. Standard safety features in cars and trucks are designed to protect against these injuries, but trauma personnel must determine the nature of the crash to distinguish the types of injuries. When a moose is struck directly, major injuries of the head, neck, and face are more likely to be sustained by occupants.

Dr. Clark summarized key strategies to prevent moose motor vehicle crashes as “public education, cautious driving, and moose herd management.” With warmer weather months approaching, the risk is more acute. “The many summertime visitors to this area of the United States (and adjacent Canada), may look forward to the possibility of seeing Alces alces Americana [eastern moose] in the wild, but should drive with extra caution and lower speed, especially in the evening hours,” Dr. Clark said. At night, most drivers cannot see a moose, even with high beams, at more than 449 feet and cannot react in time if they’re traveling more than 50 or 55 miles per hour, according to a Canadian study.* Brush along rural roadsides impedes reaction times further, the authors report.