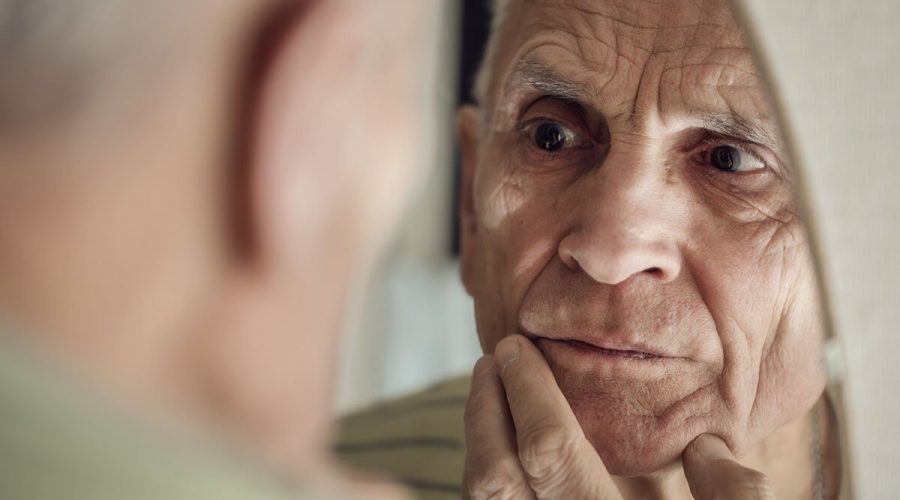 As dementia develops, patients are often robbed of their independence due to debilitating confusion. Sometimes agnosia is the cause of disorientation, thwarting patients’ perception of people and objects. Misidentifying reflected self-images is another known feature of agnosia, and is medically referred to as mirror agnosia. In literature, it is often described in patients who have suffered a cerebrovascular accident or neurodegenerative disease.

Agnosia describes a rare disorder characterised by an inability to process sensory information, from objects or people.

The National Institute of Neurological Disorders and Stroke explains that people with agnosia can have difficulty “recognising the geometric features of an object or face […]”, regardless of how familiar it is.

The condition may be limited to one sensory modality such as vision or hearing, causing difficulty recognising an object as a cup or identifying a sound as a cough.

All five senses can become impaired, however.

Several cases detailed in the North American Journal of Medicine and Science in 2014, describe agnosia in dementia patients looking at their reflection in a mirror.

The report of one 62-year-old female Alzheimer’s patient states that she performed well in all facial recognition tests except those involving her own reflected image.

“She did not recognise her mirror image,” states her report, but instead “thought of it as a live person who does not speak”.

“Repeatedly, she was asking for the name of the person and finally declared ‘here is a woman who does not know her name’,” the authors added.

Another case study is that of an 80-year-old patient with features of Diffuse Lewy Body dementia.

The patient exhibited only reflected self-image recognition problems, which prompted several reactions when looking in the mirror.

They mistook their image for a thief after recognising that it was wearing her ornaments and dress.

Another patient aged 69, who was also “fine with […] face recognition tests except for her own image in the mirror”, began interpreting her image as a “thief” too, the report states.

In two separate cases, the patient described their mirror image as an “old friend”, or an “old neighbour”.

Curiously, none of them displayed difficulty identifying the mirror as an object but would only struggle to locate themselves in the reflection.

The report concluded that all of these recurrences were reflective of damage to the parietal lobe, which can also produce other symptoms.

The National Institute of Neurological Disorders and Stroke explains: “Agnosia typically results from damage to specific brain areas in the occipital or parietal lobes of the brain.”

“People with agnosia may retain their cognitive abilities in other areas.”

Sadly, patients are unlikely to perceive agnosia as being problematic because almost all patients become unaware of their mental health condition or are unable to perceive their condition accurately.

Anyone who notices drastic changes in a loved one’s behaviour should therefore encourage them to see a GP.

Related posts:
30/11/2022 Health News Comments Off on The dementia sign that patients may spot when looking in the mirror
Categories
Recent Posts