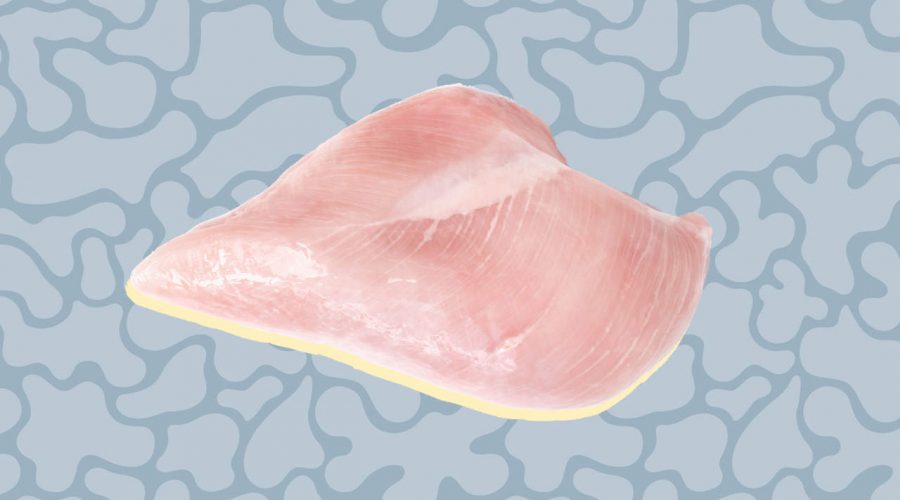 The CDC has some advice you should note before you do your meal prep this weekend: Stop washing raw chicken. The agency sent out a very direct tweet letting people know in no uncertain terms that washing chicken before cooking it is unnecessary.

“Don’t wash your raw chicken! Washing can spread germs from the chicken to other food or utensils in the kitchen,” the tweet said. A later tweet explained why this is dangerous (after Twitter users worked themselves into a frenzy over the advice).

“We didn’t mean to get you all hot about not washing your chicken! But it’s true: Kill germs by cooking chicken thoroughly, not washing it. You shouldn’t wash any poultry, meat, or eggs before cooking. They can all spread germs around your kitchen. Don’t wing food safety!” the later tweet said.

The CDC says chicken is the meat Americans eat the most. But raw chicken is sometimes contaminated with the following bacteria: Salmonella, Clostridium perfringens, and Campylobacter. “If you eat undercooked chicken or other foods or beverages contaminated by raw chicken or its juices, you can get a foodborne illness, which is also called food poisoning,” the CDC explains.

The logic behind washing your raw chicken is clear: You don’t want to get food poisoning. But washing your chicken before cooking it might do more harm than good. If you place your raw chicken in the sink to wash it, for example, bacteria that have contaminated the chicken could get transferred to the sink and any other utensils in the sink. If you then use one of those utensils, you could get food poisoning from the indirect contact you made with the raw chicken.

“During washing, chicken juices can spread in the kitchen and contaminate other food, utensils, and countertops,” the CDC explains.

Instead of washing your chicken, make sure it’s completely cooked before you eat it. There are other precautions you can take to avoid getting food poisoning from raw chicken. When you cut it, make sure you use a knife and cutting board that won’t get used again before being washed. “Never place cooked food or fresh produce on a plate, cutting board, or other surface that previously held raw chicken,” the CDC says. Additionally, you should clean your hands using warm soapy water after you handle raw chicken. Specifically, the CDC recommends washing them for 20 seconds.

Handle frozen raw chicken the same way you would fresh raw chicken—very carefully. Once the raw chicken you’re making is cooked, you might want to check it with a food thermometer. The CDC says a “safe internal temperature” is 165 degrees Fahrenheit.

We’re seeing CDC’s advice as a win win: If you stop washing your chicken before you cook it, you’ll save time and decrease your chances of getting food poisoning. That’s the sort of health advice we like to hear.