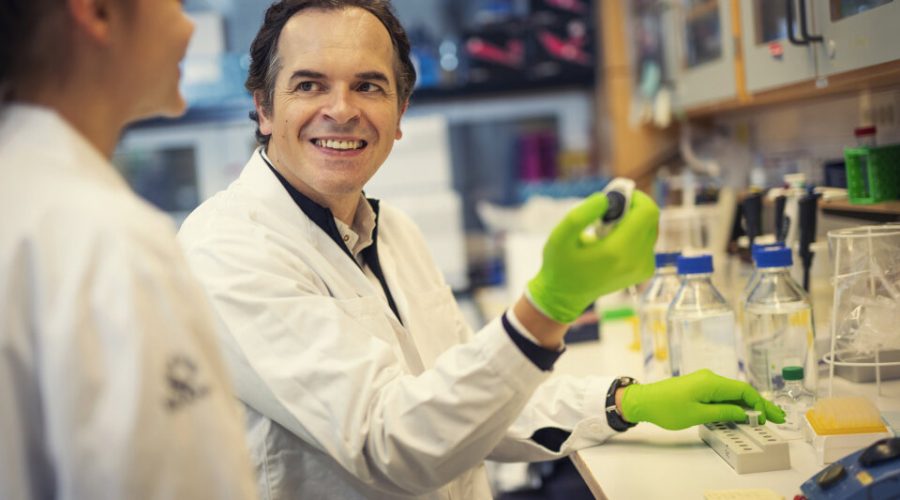 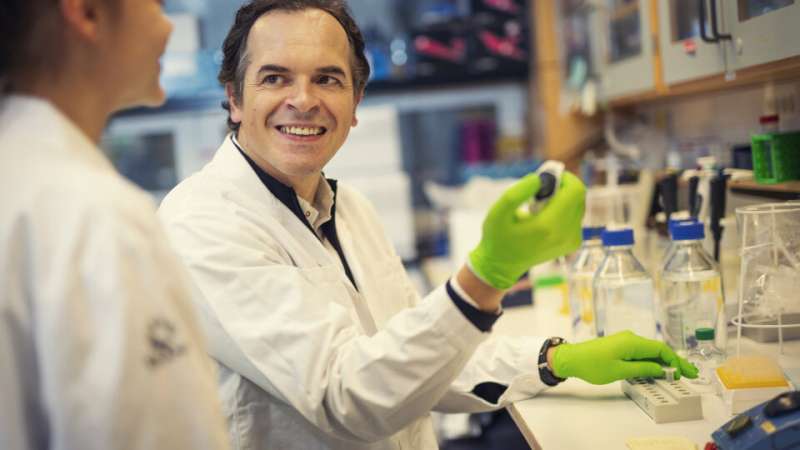 By reprogramming tumor cells to become the body’s defenders, Filipe Pereira and his colleagues hope to improve current cancer treatments.

Right now, some of the immune system’s most important players, the dendritic cells, are patrolling your body in search of foreign substances. If they find something suspicious, they break it down into smaller pieces, called antigens, which are presented to the body’s lymphocytes, also known as the immune system’s killer cells. This is how killer cells learn which threats need to be sought out and fought.

What if it were possible to produce dendritic cells? Pereira, professor at Lund University, decided to give it a try.

“Through the cloning of Dolly the sheep, we learned that the nucleus of somatic cells (all cells except gamete cells) contains all the information needed for the cell to develop into any other cell. The fate of the cell is determined by which genes are expressed in the nucleus. If we adjust the gene expression, we can make a cell convert into a completely different cell. The challenge is to know which molecules need to be added for the cell to be reprogrammed exactly as you want it to be. It was in light of this reprogramming concept that I decided to tackle dendritic cells,” says Pereira.

It worked. In 2018 and 2022, Pereira and his research group published their results: the code that makes it possible to reprogram mouse and human connective tissue cells, like skin cells, into immune defenders—the dendritic cells.

Three Trojan molecules turned out to be the answer

Yet Pereira had an idea. What if these molecules could be used to reprogram cancer cells into dendritic cells? A type of cancer gene therapy, in other words.

“Usually, when we talk about gene therapy, we mean correcting a defective or damaged gene in a person. Instead, here we mean using gene therapy to reprogram cancer cells, forcing them to unmask themselves,” says Pereira.

How does it work? Using the three Trojan molecules, cancer cells are reprogrammed into dendritic cells that reveal the true identity of the tumor to the immune system. The strategy has the potential to improve existing cancer therapies such as immune checkpoint therapy (which won the Nobel Prize in Physiology or Medicine in 2018). In simple terms, this involves blocking molecular brakes that prevent killer cells from doing their job. This allows the immune system to go full throttle against the cancer cells.

Pereira specifically studies malignant melanoma and head and neck cancer, that are known to have medium to high mutation rates.

“The new checkpoint therapy is effective in 20-30 percent of patients with malignant melanoma. Our hope is that our discovery will complement this treatment, making it more effective,” says Pereira.

It is an advantage if the tumor has accumulated mutations.

“When tested in mice, we saw that the majority of the 15 tumors that received the therapy showed decreased growth. Two of the mice were completely cured. This makes us want to take this further and we hope to do clinical trials in a couple of years’ time, even if the path ahead is not entirely straightforward,” says Pereira.

The team is now working on how to solve the delivery of the Trojan molecules to the tumor. One way is viral vectors, which take advantage of the virus’ efficient mechanisms to enter cells and yet remove all viral components that can cause disease and the ability to replicate.

Pereira argues that the growing enthusiasm for gene therapies is due to recent successes in the field.