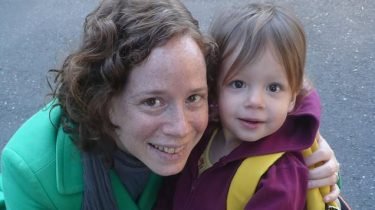 The childbirth taboo leaving thousands of mothers to suffer in silence: Mother-of-one opens up about her years of agony from vaginal tearing that affects up to 80% of women

Journalist Hillary Frank armed herself with a wealth of research and a thorough plan for a natural birth.

But when it came time to deliver her daughter, Sasha, almost 10 years ago, things went, rather literally, sideways.

Sasha was turned in the womb, which meant the only way that Frank would be able to deliver her without a C-section was to have an episiotomy – a cut made to give the baby more room to come out.

Instead of the beautiful experience Frank had planned for, the bonding she had dreamed of, and the radiant return home she’d hoped for, Sasha’s first few days were spent in the NICU, and Frank spent the next three years in agony.

A shocking number of women in the US – between 50 and 80 percent – are injured during childbirth, spending the coming months or even years with pain from torn skin and muscles.

Only five percent of women undergo epistiotomies, but recovery can be a long, difficult and lonely road – it certainly was for Frank.

But she turned her experience into a podcast, The Longest Shortest Time, to help herself and other women step out from the long shadow of silence that has left so many taken by surprise when the are injured and left alone to suffer. 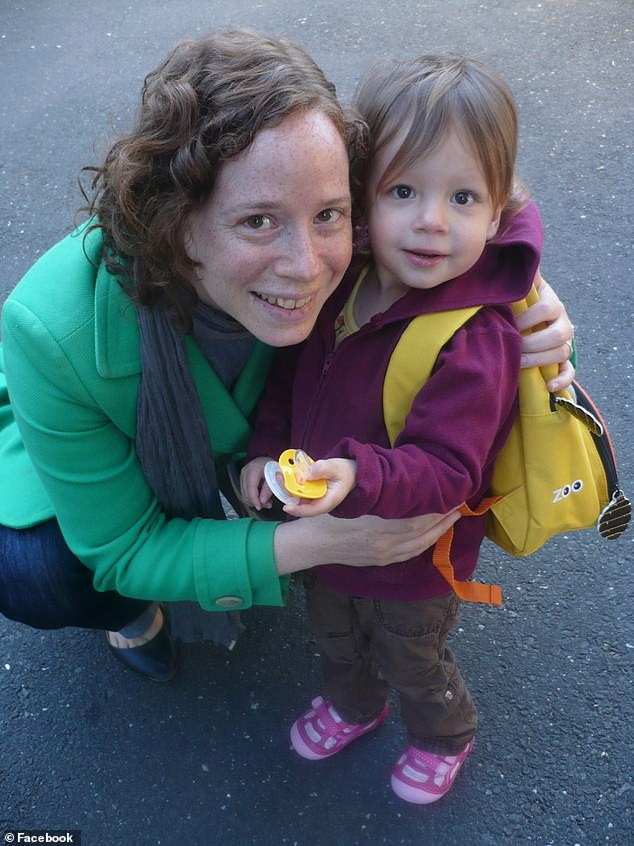 It took three years for journalist Hillary Frank (left) to recover the severe vaginal tearing and an episiotomy performed on her during the birth of her daughter, Sasha (right)

An episiotomy was once, horrifyingly, extremely common.

The cut, made from a woman’s vagina to her anus, is used when a baby’s size or position makes it impossible for a woman to push out during delivery.

The vast majority of women – 95 percent of first-time mothers – have some vaginal tearing in childbirth.

Doctors once thought that cutting the perineum with a scalpel would speed up the childbirth process and make the tearing less violent and so allow it to heal more easily.

But we now know that this is not the case.

Research has shown that the procedure only very rarely offers any advantages to mothers or newborns.

And in 2006, the American College of Obstetricians and Gynecologists (ACOG) released new guidance to doctors, recommending that that they not perform episiotomies routinely.

But in extraordinary cases, it is still done, and it was done to Frank.

The fetus developing in her womb was turned just under 360 degrees the wrong direction, so Frank spent the end of her pregnancy getting on her hands and knees in the hopes that the baby would turn in to the proper position with its head down before she was due.

But it didn’t. Frank had planned to have a natural birth and pushed and pushed for half a day, but her baby was not coming out.

At last, the cut was made. Recovering in the hospital after, the pain was so bad that Frank couldn’t even stand to be touched.

Shorty after taking Sasha to their Philadelphia home (they now live in New Jersey), Frank’s stitches ripped. She had to go back to the hospital to have the cut resewn.

For two months after, she could hardly walk, and stairs were an impossibility. Frank was largely confined to an air mattress. Nursing Sasha required careful maneuvering and changing her diapers were impossible.

None of considerable stacks of baby book Frank had read had prepared her and her husband, Jonathan, for this – and certainly not for the pain and horror happening to Frank’s own body.

‘I was swollen, I was sore. I wept every time I went to the bathroom, during every infrequent shower I took. There were fluids pouring out of me from every orifice, except maybe my ears,’ recalls Frank on The Longest Shortest Time.

It was all-consuming and overwhelming to Frank, yet no one else was talking about these kinds of injuries, and she didn’t feel like she could either.

It’s a common phenomenon, but one that seems enormously outdated. 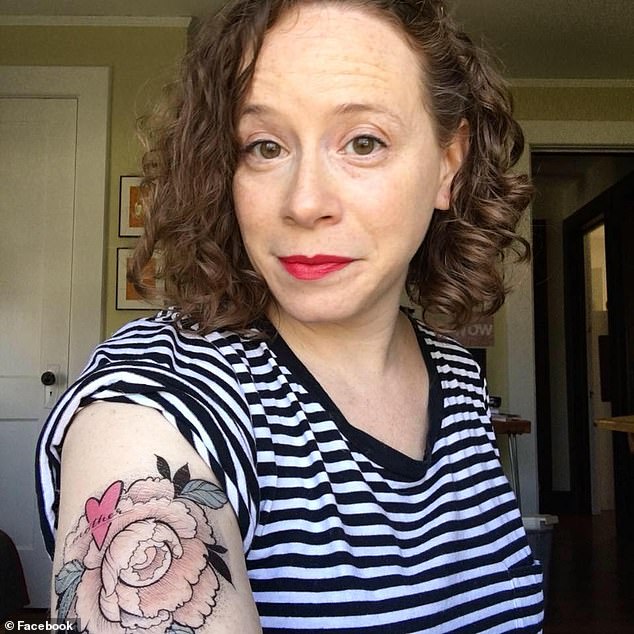 During her recovery, Frank felt unable to talk to her friends about the trauma of her injury. Instead, she started a podcast to connect other moms and bring the issue to light

‘We talk a lot about how the baby is going to come out, who their pediatrician is going to be, but we’re pretty dismal at talking about what happens to mom.’

Dr Stuebe herself was given an epistiotomy.

Before her own first child, ‘I couldn’t conceptualize anything past the baby coming out,’ she says.

‘I had stacks of books by dulas, a birth plan, then I got home and I was like “oh my god, now what?”‘

Like most doctors now, Dr Stuebe says she does not perform an epistiotomy unless it is an absolute last resort.

While she does try to prepare expecting mothers about possible vaginal tearing, she does not bring up the possibility of an episiotomy, as it is rare and the best alternative to avoid it is still a poor option.

‘Whether we should offer women C-section delivery in order to avoid pelvic floor trauma and how we might have that conversation is an interesting ethical question,’ says Dr Stuebe.

ACOG recommends vaginal delivery whenever possible as it confers a number of benefits to mother and baby alike.

Plus, ‘a Cesarean birth recovery is not completely straightforward,’ says Dr Stuebe.

‘I don’t say [to patients], “you’re having a baby and there’s a chance of injury, would you like to do a C-section?”‘ though she says she addresses it if a woman comes in with concern over childbirth injuries.

‘What I would bring up and urge others to do is to say “this is what recovery looks like: it’s going to be scary to have a bowel movement, no matter how the baby comes out. You’re going to wear a pad and occassionally pee on yourself a little.’

And those are not ways that our society likes to think or talk about women’s bodies. They’re not things women like to talk about when it comes to their own bodies.

But Frank decided to change that, launching her podcast to finally open up about the intense things happening to her body and complicating the early days of parenting for her.

‘The things you’re going through, even if they’re not in the books, they happen to other people, too,’ she writes.

She named the podcast for a phrase a friend said to her: ‘These first few months are the longest shortest time. Remember that. They go on forever. And then they’re over.’

But these kinds of injuries do keep happening to women – especially to women of color.

‘Women of color and marginalized populations disproportionately undergo labor and delivery they don’t want because they are systematically not empowered,’ to have agency over their birth plans, and are less likely to have thorough care and people to talk to in the aftermath says Dr Stuebe.

Projects like hers and Frank’s podcast aim to change that – for all women.

The goal of this work is to ‘transform the experience of being postpartum,’ says Dr Stuebe.

She sometimes thinks of mother and baby as the wrapper and the candy.

‘Once the candy is out of the wrapper, people don’t care about the wrapper. But we’ve got two patients here ad mom is really important and damaging her to get to the candy is not winning,’ she says.

Related posts:
10/01/2019 Health News Comments Off on Mother-of-one opens up about her years of agony of childbirth injuries
Categories
Recent Posts