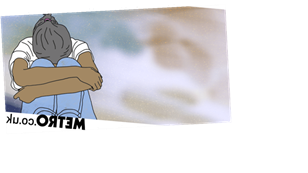 This election campaign has been tough.

A relentless, inescapable news cycle with commentators spitting insults at each other night and day, toxic debates on every social media platform, and racism being leveraged for political point-scoring.

But amidst the vitriol, there was still hope. Hope for policies that put human beings first, hope for a kinder politics. And many people woke up this morning to find their hopes dashed in the most brutal manner.

It’s symptomatic of a country more polarised than it has ever been in most of our lifetimes – and it’s having a serious, detrimental impact on our mental health.

‘I was a mess this morning,’ says Hayley, a company director who lives in London.

‘I’ve been anxious all week and I can barely breathe today. I booked a therapy session for today as I knew I would need it.’

Hayley says her anxiety symptoms have been exacerbated by ‘relentless, toxic news’, and as a result she’s seeking help from a mental health professional to help her get through it.

But that’s not the only thing she’s doing – Hayley is taking steps to distract herself and returning to tried and tested methods to boost her mood.

‘I’m throwing myself into work to keep me busy and distract myself. I’m also heading to the gym as it makes me happy,’ she says.

‘I’m also removing myself from social media for the next couple of days unless it’s for work, as this is what’s killing me. And I’ve promised myself to work harder, save more, give more and just be a better, happier person as that’s all we can do.’

Hayley has recognised that although it’s vital to engage with the world around you at times like this, it’s also important to step away when you need to recharge.

‘It makes you feel angry, confused, anxious and depressed. This can make anyone with mental health issues worse and can also exaberate physical health conditions.’

Rob, a digital, technology, and advertising specialist, is feeling similarly stressed out in light of the result.

‘When the exit polls came out, it was the same sinking feeling as I had waking up on referendum morning. I didn’t know what to expect from either side, but I thought common sense would prevail.

As a father of three, Rob says the result has made him anxious for their future.

‘A future without nation healthcare, without free movement through the EU, without support should they fall on hard times,’ says Rob.

‘I am also self-employed at the moment, which makes me anxious that the whole scenario will mean work dries up overnight.’

Rob says the worst thing for him is the feeling of hopelessness. He feels as though nothing he does can ever change anything for the better.

‘Quite frankly, it gives you a “whats the point?” view of the world, and certainly of politics,’ he adds.

‘Those in power will find a way to get what they want, regardless of consequences for everybody else. It’s a majorly depressing feeling of despondency.’

The transition of political power and the uncertainty that comes with that can certainly induce anxiety.

A study in April found that Brexit uncertainty was having a negative impact on the mental health of 33% of the population (43% of Labour voters).

Another study found that the referendum may have influenced the increasing rate of antidepressant prescriptions.

All the evidence points to a desperate need for a break. So maybe, switching off the news and going outside to breathe air and talk to other humans is a good place to start.

‘Regardless of your political beliefs, getting trapped in the news cycle can feel disorientating and all-consuming,’ says Brian Dow, Chief Executive of Mental Health UK.

‘If you start to feel that way, it’s important that you make time to do the things that you know make you feel better.

‘This is different for everyone, so it’s good to know what works for you, but it might be spending time with friends and family, enjoying some fresh air and exercise, or just taking a bit of a break from the news if things feel relentless.’

But what happens when you turn the news back on? And many of us can’t afford to simply disengage. Self-care in the form of avoidance is a privilege that minority and vulnerable members of society don’t have.

Practical tips to take care of your mental health

If you know that a certain activity helps you feel more relaxed, set aside time to do it – whether it be mindfulness practice, being active by going for a run or swim, listening to music or taking your dog for a walk.

Even five minutes of relaxation can help.

When you’re on the campaign trail at all hours this might seem impossible, but it can help you feel more positive and less isolated.

Sometimes just telling the people close to you how you’re feeling can make a big difference.

Stress can make it difficult for you to sleep, and you may develop sleep problems.

However, being well-rested can increase your ability to deal with difficult situations, so it is important to get good sleep while campaigning.

Making sure where you sleep is comfortable and relaxing before you go to bed, including having some tech-free time, can help.

When you’re on the move, it can be easy to eat too much of the wrong kinds of food or to eat too little.

But what, and when, you eat can make a big difference to how well you feel, and physical activity can be important for reducing stress levels too.

If you feel like you need some professional support, you can speak to your doctor. They can check your overall health, and help you access treatments.

When the things being said by the most powerful politicians – the people who literally run the country – potentially affect your right to exist, your liberty and your safety – a bath and a glass of wine might not shake your anxiety.

Ilayda is mixed-heritage – her parents are Turkish, Jamaican and Indian. She says the elements of racism she has witnessed in this election campaign has triggered intense anxiety and unease.

‘I feel it hugely,’ Illayda tells Metro.co.uk. ‘The place where I work has a huge majority of white, middle and upper class, right wing supporters (who are mostly male). There’s this sense of shame for being a left wing millennial.

‘With the result, there’s this sense of helplessness that myself and my direct community are feeling. We did the most we could do and it just wasn’t enough.

‘It’s not just the result, but the margins just go to show that the majority of this country don’t care for the working class, for the disadvantaged, for women or Muslims.

‘It’s scary knowing that you’re surrounded by, working with and related to people who have these views.’

Ilayda is describing a common dissonance that can be felt after unexpected or disappointing political result. She says the ‘fear’ she feels when she thinks about how the country voted is fuelling her anxiety.

‘It was so hard to get out of bed this morning knowing the circumstances we were asking up to.

‘I’m hugely anxious for myself and my loved ones. In places where right wing politics govern there seems to be a rise in racist, sexist and Islamophobic attacks. There’s a risk of it being unsafe for minorities.’

It isn’t surprising that she feels this way.

In March, the Mental Health Foundation warned that the mental well-being of the black, Asian and ethnic minority population ‘might seriously be undermined’as a result of increased racism and xenophobia caused by divisive politics.

But Ilayda is working hard not to give in to the feelings of helplessness, and is doing what she can to protect her mental robustness.

‘I find it comfort knowing that this is only the start,’ she adds.

‘National reformation is expected to face adversity I suppose, and I have so much faith in my generation and generations to come who will represent the values that we hope to have.’

But hope isn’t always enough. If you have preexisting or severe mental illness, the strain of a stressful election can be incredibly damaging – and it can feel inescapable. It’s important to remember that you’re not alone – and that there is help available.

‘It’s understandable to feel uncertain about how the election result will impact you or those around you. In this period of change, we need to all prioritise our own mental well-being,’ says Vicki Nash, Head of Policy and Campaigns at Mind.

‘It’s natural to feel upset and frustrated when things are up in the air, but if feelings are overwhelming, it’s worth thinking about taking steps to look after yourself or seeking help.

‘It doesn’t have to be forever, but a short break from technology and the news might help you feel more rested and able to cope. Instead try setting aside some time each day to do something else you enjoy.

‘We also want to reassure the public that we won’t stop until mental health gets the attention it deserves.

‘This Government must fix NHS services, overhaul the Mental Health Act and welfare system, protecting people in the workplace, addressing the mental health crisis among young people and putting mental health at the heart of all policy areas.

‘We will hold those elected to account on promises made and continue to campaign to make sure everyone experiencing a mental health problem gets the support they need, and deserve.’

If you woke up today with the worst political hangover of your life, that’s OK. It’s normal to feel low when the messaging around you is so bleak and uncertain.

But it’s important to take note of how you’re feeling, and if your dejection is turning into something more substantial – speak to someone about it and get help.

It’s also good to remember that good can spring from times of despair, and hope is never lost while there are good people capable and willing to do good things.

Related posts:
13/12/2019 Health News Comments Off on How to cope if your mental health is suffering because of the election result
Categories
Recent Posts