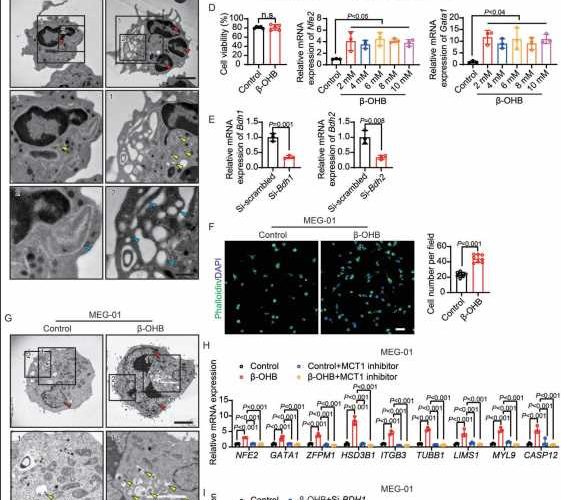 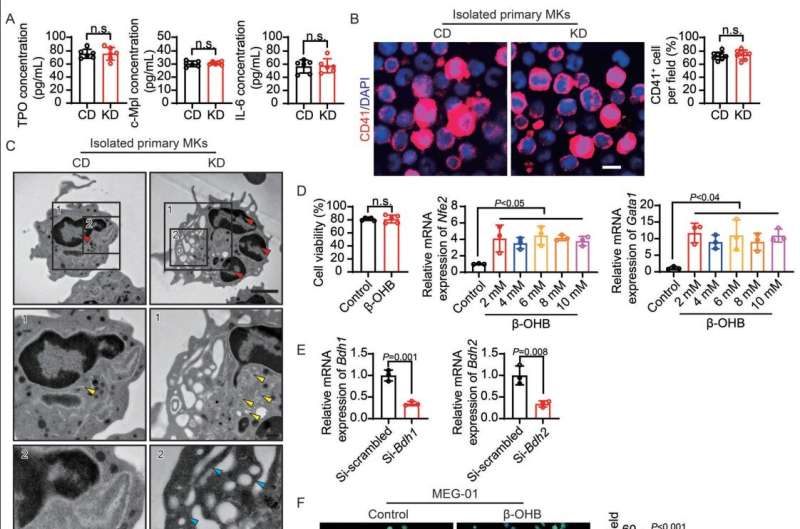 A high-fat diet may combat low platelet counts in the blood caused by chemotherapy, according to preliminary research, which suggests that a ketogenic eating plan may be a nontoxic, low-cost and high-benefit addition to cancer therapy.

Low platelets trigger a condition known as thrombocytopenia. Chemotherapy-induced thrombocytopenia is a severe complication in patients with cancer that can lead to an impaired therapeutic outcome and threaten survival. An estimated 1 in 10 patients receiving chemotherapy develops thrombocytopenia, according to the authors of a new analysis in Science Translational Medicine.

Xie, a researcher in the department of Cellular and Genetic Medicine at the School of Basic Medical Sciences, Fudan University in Shanghai, underscored that chemotherapy-induced thrombocytopenia is a major problem facing oncologists and cancer patients worldwide.

Platelets are the tiny sticky disc-like cells—part of the blood supply—that clump together to form blood clots. When chemo destroys platelets, the result is thrombocytopenia, which can be dangerous. The condition complicates cancer surgeries by increasing the risk of bleeding, forcing doctors to reduce or discontinue chemotherapy altogether.

Xie and colleagues found that a ketogenic diet can boost the production of ketone bodies in the liver, which in turn, have various biological effects, one of which is combating thrombocytopenia, according to the series of elegant experiments and clinical research conducted by the Shanghai team.

Ketone bodies are alternate energy sources when glucose is not readily available. Ketogenic diets, which emphasize foods high in fats and protein, dramatically lower calories from carbohydrate sources. There are three ketone bodies. The two main ones are acetoacetate and beta-hydroxybutyrate; acetone is the third and least abundant.

What Xie and colleagues found bordered on the spectacular: They noticed that the diet caused a change in the bone marrow, which resulted in a boost of circulating platelets. If these findings in animal models and a tiny group of human volunteers hold up to further scrutiny, a ketogenic diet in the not-too-distant future could become a potential thrombocytopenia preventive for patients undergoing chemotherapy.

While nowhere near a homerun at this point, the Shanghai team nevertheless envisions the prospects of lower medical costs—if the dietary approach works as a therapeutic option. Current treatments for thrombocytopenia, such as platelet transfusions or recombinant therapies, are either expensive or carry an elevated risk of side effects.

By taking a dietary approach, the scientists are positing that the prevention of chemo-induced thrombocytopenia eventually may be added to the roster of medical conditions in which high-fat diets are being explored or clinically recommended. Ketogenic diets have been tested in patients with diabetes and cancer. Epilepsy, particularly severe forms of the condition in children, is a medical disorder for which ketogenic eating plans have been in long-term use.

Basically, ketogenic diets are high-fat, high protein and very low- to no-carbohydrate nutritional therapies. They are popularly used as weight-loss regimens. But the diets have met with their greatest success in hard-to-control epilepsy.

The diet forces the body to burn fats rather than utilize carbohydrates for energy. Xie and colleagues hypothesize that this form of nutrition may work to prevent chemotherapy-induced thrombocytopenia because of activity in the bone marrow, spurring production of healthy new platelets.

By comparison, the diet works in epilepsy because it drastically reduces glucose, the primary source of energy in cells and the preferred energy source in the brain. Glucose is associated with severe seizures in some people prone to epilepsy.

Ketogenic dietary therapy dates back more than a century, emerging from a storied past that is both medical and biblical. The diets owe their development to doctors in the 1920s, working independently at Johns Hopkins University in Maryland and the Mayo Clinic in Minnesota. Both teams were studying epilepsy.

During that era, physicians at the two institutions accurately deciphered what was happening chemically in the brain following observations of the flamboyant faith healer, Bernard Macfadden. The early 20th century fire-and-brimstone preacher put people with epilepsy on regimens of prayer and fasting.

McFadden’s epilepsy “cures” attracted a huge following. As long as fasting lasted—and he deprived people of food for weeks—seizure-prone patients, including those with the severest forms of epilepsy, remained seizure-free. When normal eating resumed, seizures returned.

Medical historians believe Macfadden likely read two key biblical passages. According to Matthew 17:14-21 and Mark 9:14-29, while speaking to disciples, Jesus extolled the virtues of prayer and fasting as effective treatments for a condition that can be interpreted to be epilepsy.

The Hopkins and Mayo Clinic experts were the first to figure out that ketone production can be maintained by a high-fat diet without starving people as Macfadden was doing.

Now, the team in Shanghai thinks a high-fat dietary regimen may help cancer patients avoid chemo-induced thrombocytopenia. The scientists are quick to caution, however, that large-scale prospective clinical studies are needed to validate the therapeutic potential of ketogenic nutritional programs to combat thrombocytopenia.