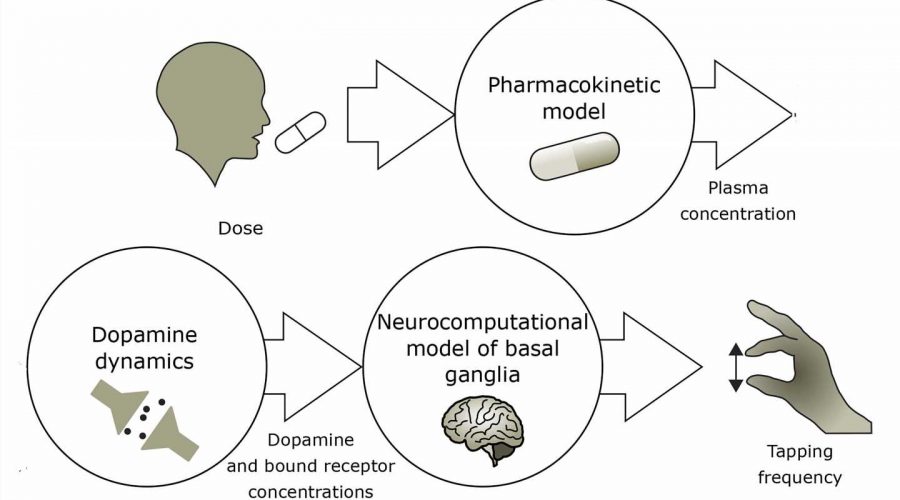 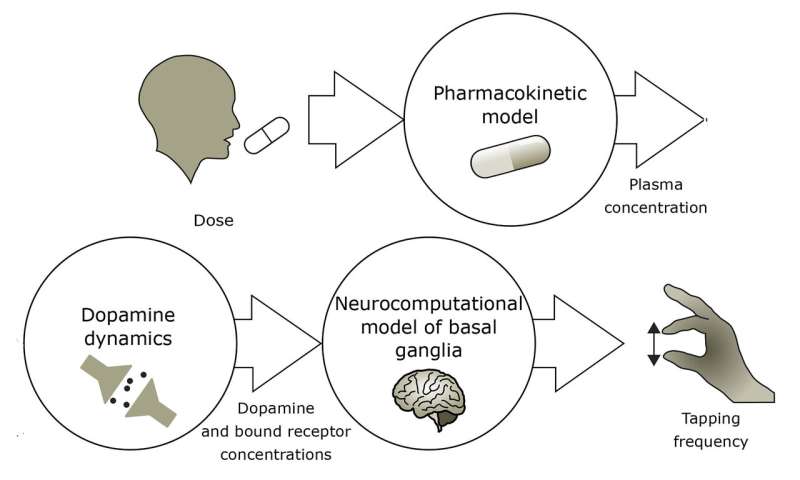 But the benefits of levodopa wear off as the disease progresses. The relationship between its dosage and its effectiveness becomes fuzzy, and high doses can result in dyskinesia, which are involuntary and uncontrollable movements.

To better understand the underlying reasons behind these effects, researchers from the Université de Montréal, University of Bologna, and University of Ottawa created a model of the interactions between levodopa, dopamine, and the basal ganglia, an area of the brain that plays a crucial role in Parkinson’s disease. They discuss their findings in the journal Chaos.

Once they confirmed the accuracy of their model by using it to predict behavior like modification of dopamine dynamics with neuron degeneration, the group used it to simulate a patient tapping their finger a few hours after taking levodopa, a clinical assessment of bradykinesia.

What they found verified suspicions about the progression of Parkinson’s disease. Eventually, as the brain loses more and more of its neurons, its dopamine concentration falls, and no amount of levodopa can compensate for this. This leads to a competition of effects, in which maintaining low levels of levodopa is not sufficient for treating bradykinesia but continuously increasing the administered levodopa to try to restore dopamine causes dyskinesia.

By providing deeper insight into how Parkinson’s disease evolves, the authors hope their model will be applied to tailor individual treatments. When combined with monitoring devices to measure a patient’s finger tapping frequency at various times after taking levodopa, the model can help estimate individual dosage specifications.