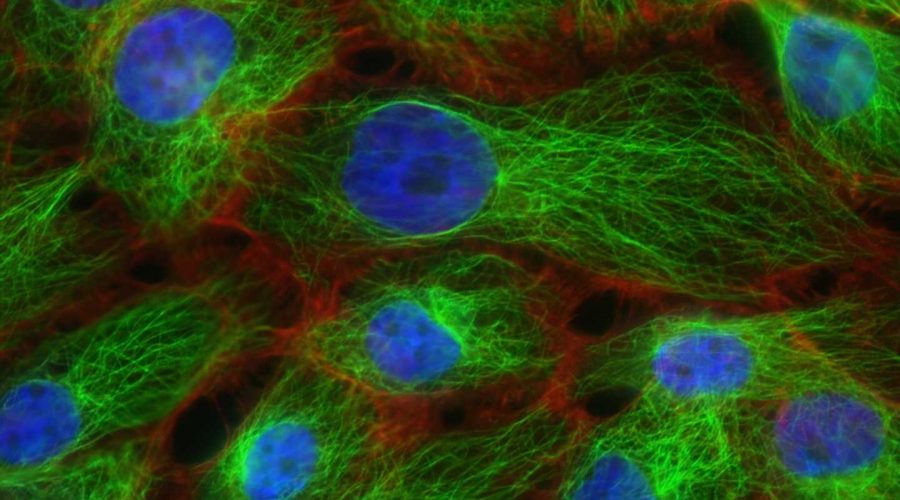 Beth Reisboard, 76, was relieved in 2018 when she received the results from her annual mammogram: “Negative.” But her OB-GYN suggested she have a second screening. Reisboard has dense breasts, which means there are certain cancers that mammography may not be sensitive enough to detect.

Surprised, Reisboard scheduled an appointment to undergo an abbreviated MRI at Penn Medicine. Twelve hours later, she received a call from the clinic—they had found a tumor.

“By the time the cancer would have been picked up by a mammogram, it could have been stage two or three. By recommending a second screening, Dr. Ann Steiner saved my life,” Reisboard said.

Reisboard is among the more than 400 asymptomatic women with dense breasts who underwent abbreviated magnetic resonance imaging (also called “fast MR” or AB-MR) at Penn Medicine between 2016 and 2019. In a retrospective study of these patients, all of whom had a negative 3-D mammogram within the previous 11 months, researchers in the Perelman School of Medicine at the University of Pennsylvania found that abbreviated MRI detected roughly 27 cancers per 1,000 women screened. By comparison, 3-D mammography detects about four to five cancers in 1,000 women screened, on average. The findings were published in the Journal of Clinical Oncology.

“Mammogram is the best tool we have to detect breast cancer, but it’s not perfect. In women with fatty tissue, we can very easily detect cancer. But in women with very dense breasts, the sensitivity can be low as 30 percent,” said Susan Weinstein, MD, an associate professor of Radiology at Penn. “We need to start thinking about how to better screen women with dense breasts, and AB-MR is an effective and feasible option.”

Digital breast tomosynthesis (also called DBT or 3-D mammography) has become the new standard of care for breast cancer screening since it was approved by the U.S. Food and Drug Administration in 2011, detecting on average 25 percent more cancers per 1,000 women when compared to 2-D mammography. However, since DBT detects abnormalities on the basis of morphology, cancers in dense breast tissues may be obscured, and therefore be missed, on a standard mammogram.

To bring awareness to the limitations of mammography in dense breasts, breast dense notification legislation has been passed in 38 states and the District of Columbia, mandating that doctors notify patients if they have dense breasts, although the wording of the laws varies from state to state.

After a patient is notified about her breast density, the most common supplemental screening exam is ultrasound, which is readily available at most breast centers, according to Weinstein. However, ultrasound has limitations, and multiple studies have demonstrated a significantly higher cancer detection rate with contrast-enhanced MRI compared to an ultrasound screening.

The challenge is that breast MRI is a limited and expensive resource. It can require up to 16 sets of imaging, which can take up to 40 minutes to complete. Abbreviated MRI, by contrast, is a newer, shortened version of the screening. It requires only three sequences on average, making it a more accessible option for the 40 percent of women in the U.S. with dense breasts.

In 2016, the multidisciplinary ECOG-ACRIN Cancer Research Group launched a clinical trial of 1,444 women to compare abbreviated breast MRI with 3-D mammography. The research team—led by Sloan Kettering and by Mitchell D. Schnall, MD, Ph.D., chair of Radiology at Penn Medicine—found that among women with dense breasts undergoing screening, abbreviated breast MRI had a significantly higher rate of invasive cancer detection than 3-D mammogram. The results were published in JAMA in February 2020.

As the ECOG-ACRIN research trial was underway at Penn, the Department of Radiology decided to start offering abbreviated MRI to Penn Medicine patients as a supplemental screening option for those with dense breasts. In their retrospective study of the data from that time period, Weinstein and colleagues found 13 cancers in 475 patients who had a negative 3-D mammogram on the abbreviated MRI supplemental screening. An additional 13 cancers equates to more than 200 percent more cancers detected through abbreviated MRI than with 3-D mammography.

Currently, Penn Medicine is one of a handful of health systems nationwide to offer abbreviated MRI as a supplemental screening for breast cancer. The supplemental screening is available for patients with heterogeneously or extremely dense breast tissue, with a negative previous mammogram within the last 11 months and less than 20 percent lifetime risk for breast cancer. In Pennsylvania, abbreviated MRI had not been covered by insurance, but in July 2020, Governor Tom Wolf signed Senate Bill 595 into law, which requires insurers to cover supplemental screenings, including MRI, for women with dense breasts.

“As even more data comes out, there is going to be a lot of debate about how we should screen women with dense breasts, and how we should pay for it. It is important to keep in mind that, although we are detecting more cancers, we don’t know the long-term benefits, such as survival rates,” Weinstein said. “With further research, we will have more information in the future.”