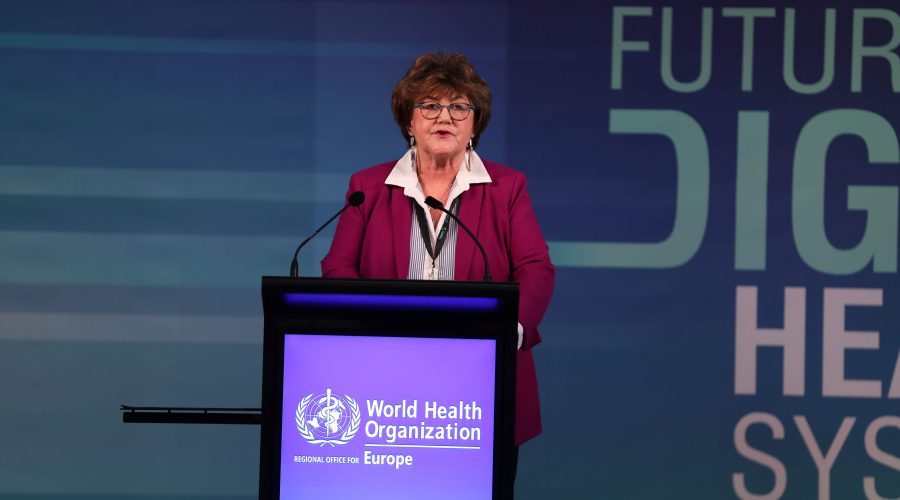 Countries in the European region should “move beyond an understanding of the promise of digital health” and accelerate the process of implementation, Zsuzsanna Jakab, WHO Regional Director for Europe, told delegates at an event organised by WHO and the Norwegian Centre for eHealth Research in Copenhagen last week.

Jakab said the 53 states should adopt a “strategic approach” and ensure investments in digital technology were linked to “key public health and health policy goals”.

“Without this, we risk delivering information technology solutions that are orphaned from the broader health system, that disengage healthcare professionals, and that ultimately end in lost opportunity and wasted potential for health systems integration.

“Perhaps even worse, we risk the emergence of an unwanted digital divide in Europe, where the focus of investments in digital health are misaligned with real societal need and where innovations benefit only those who are wealthy enough to pay for them,” the director warned.

WHO is the authority responsible for public health within the UN system, with six regional offices, including WHO Europe, which covers 53 countries.

Last week’s Symposium on the Future of Digital Health Systems in the European Region brought stakeholders to the Danish capital with a view to contribute to the development of a Europe-wide “vision and roadmap”.

In the opening speech at the conference, Jakab acknowledged the barriers faced by decision makers when looking to bring innovation to healthcare, from a lack of interoperability to stretched budgets and a pressing need to invest in workforce training and support.

The director said these challenges also brought “immense opportunities”, but warned: “While excitement and potential are one thing, evidence and implementation are another.”

The chief executive said stakeholders had to find compromises, adding:

“Innovation only succeeds when there are diverse stakeholders that can be aligned so that the trade-offs can happen. This is an important issue and we all recognise that we’ve got to adopt a different way of working, so there has to be compromise.

“But it has to be driven from an important point. It is never about the technology, it is about all three: people, process and technology.”

Meanwhile, the European Commission released a new set of recommendations for the development of an exchange format for EHRs earlier this month that would enable EU citizens to access their electronic health information securely across member states. Figures cited by the Commission in the document indicate that two million EU citizens seek care every year in a different state than the one that they are living in.

While it’s still early days, through the eHealth Digital Service Infrastructure, Finland and Estonia have already started making some areas of health records interoperable – Finnish citizens can now buy medicines prescribed electronically by their doctors in Finland in Estonian pharmacies participating in the initiative.

Luxembourg and the Czech Republic are also expected to make progress soon and enable the sharing and access of patient summaries – including data on allergies, medication, previous illnesses and others.

By the end of 2021, 18 more countries will also join them, and the Commission proposed this week that the exchange be extended to laboratory tests, hospital discharge and medical imaging reports.

Related posts:
12/02/2019 Health News Comments Off on 'Excitement and potential are one thing, evidence and implementation are another,' warns WHO Regional Director
Categories
Recent Posts