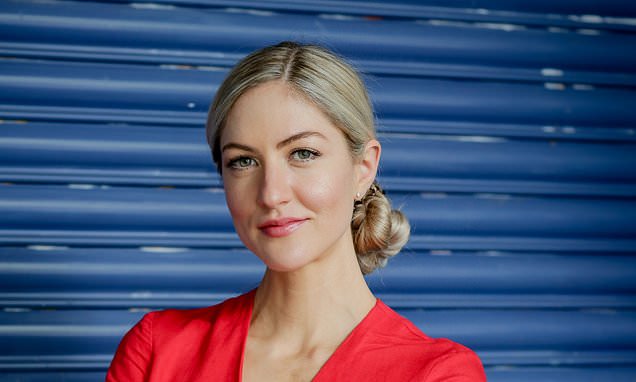 When pain and bloating are a sign there’s too much fungus in your gut: DR MEGAN ROSSI reveals the fungi on our bodies have a significant impact

Fungus is not something you’re likely to want living inside you, right? But the reality is you have hundreds of different types living on your skin and in your mouth, gut and elsewhere on your body — and they’re pretty important for your health.

And while we have many more bacteria than fungi, the fungi on our bodies (known as the mycobiome) have a significant impact.

In fact, one of the most researched types of probiotics, Saccharomyces boulardii — which protect the gut from an invasion of ‘bad’ microbes when you’re taking antibiotics — is actually a type of fungi, specifically yeast. (Although many people use the term probiotics to refer to good bacteria, the term actually refers to ‘friendly’ organisms, including yeasts.) 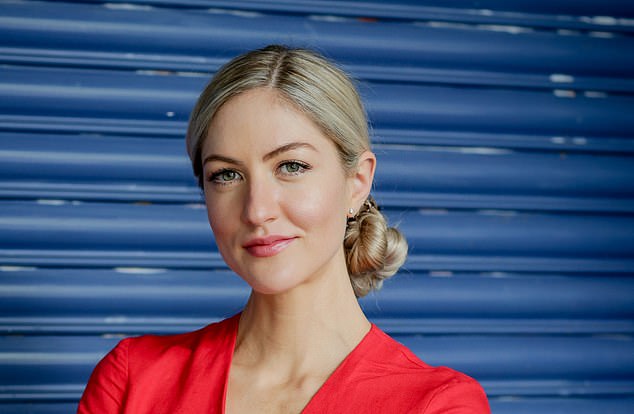 While we have many more bacteria than fungi, the fungi on our bodies (known as the mycobiome) have a significant impact, writes  Dr Megan Rossi (pictured)

Just as we can fall ill when the make-up of our gut bacteria becomes unbalanced, allowing certain types to outgrow others, the same scenario happens with our personal fungi.

Perhaps the best known example of this is an overgrowth of the candida yeast. This is a common problem that leads to conditions such as athlete’s foot (an itchy, scaly rash between the toes); oral thrush (which causes white patches in the mouth); vaginal thrush; and if it occurs in the gut, specifically the small intestine, small intestinal fungal overgrowth (SIFO).

SIFO can cause all kinds of unpleasant symptoms such as bloating, abdominal pain, changeable bowel motions and nausea.

Placing mushrooms gill-side up on the windowsill can increase their vitamin D levels by several-fold. This is because, like our skin, mushroom skin can also make vitamin D when exposed to UV light from the sun.

If this list sounds familiar, these are all symptoms we normally associate with irritable bowel syndrome (IBS), too. So how can you tell the difference?

SIFO might occur if you’re taking antibiotics or have a weakened immune system due to underlying health conditions such as poorly controlled diabetes.

As a result, the fungi that normally live in small quantities in the large intestine are able to travel up to the small intestine, which is a bit more sensitive to their presence, where they ferment and feast on our undigested food. This causes belching, bloating, diarrhoea, gas, pain and altered bowel habits.

SIFO affects some people more than others. For instance, those with diabetes are more at risk as nerve damage means their gut muscles may not work as well.

The weakness of the gut muscle contractions means the fungi can move against their weak pushing action and get into the small intestine.

People taking proton pump inhibitors, a common medication for acid reflux, also seem to be at a higher risk. This is thought to be because the medications lower the acidity of the stomach which, in turn, affects the balance of your microbes, allowing certain types (such as candida) to outgrow others.

One U.S. study published in the journal Current Gastroenterology Reports in 2015 estimated that as many as a quarter of unexplained gut problems may be linked to SIFO, though more research is needed.

Yet while it’s not uncommon, in my clinic I see a lot of people who attribute their symptoms to candida overgrowth. This is largely thanks to a boom in online tests, which claim it can be diagnosed via an at-home stool sample.

We don’t use such tests in a clinical setting as studies have found that people with high levels of candida in their stools can have zero symptoms and those with low levels can have symptoms. (So my advice is don’t waste your money on these tests.) Instead, we usually diagnose SIFO by excluding other possibilities — and if candida overgrowth is suspected after this, then a gastroenterologist may prescribe anti-fungal medication.

Many people, self-diagnosed, are tempted to try the candida ‘diet’ you also see advertised online.

But not only does this have little basis in science, sometimes it makes people worse.

One of its main principles is cutting out all sugar, which sounds harmless enough, but there is no evidence that it helps.

The theory is that sugar encourages the growth of yeast. However, sugar is absorbed very high up in the gut and not where the troublesome candida yeast is overgrowing.

So, for instance, a small study in 1999, published in the American Journal of Clinical Nutrition, gave volunteers 27 teaspoons of sugar each day for a week and found no difference in the level of candida in their poop or reported gut symptoms.

The candida diet also cuts out many types of fruit as they contain sugar. But we know that fruit helps feed the beneficial microbes in the gut, and balancing the levels of these in the long run is linked with prevention of candida overgrowth.

The diet also recommends cutting out gluten, because it ‘disturbs’ your intestinal lining. But unless you have coeliac disease (where gluten triggers your immune system to attack your body), there is no validated, scientific evidence that this will help.

So what can you do? There is a huge overlap in the symptoms of SIFO and IBS — and it can be hard to know which one it is.

So my suggestion for clients who are experiencing bloating, pain, intermittent loose poops and constipation is to try my first-line diet approach for gut symptoms, as this can help with either.

The basic aim is to get your gut bacteria in a good state, in order to suppress any yeast overgrowth and regulate your bowel movements.

Your ‘good’ gut bacteria feeds on fibre, so aim for two pieces of whole fruit, five portions of veg, three portions of wholegrains and one or two portions of nuts and seeds a day. Try to spread that across the day so as not to overload your sensitive gut (and make bloating more likely).

And keep your intake of gut irritants such as alcohol and caffeine to no more than one a day; also avoid spicy and high-fat food, as well as any sweeteners that end in ‘…ol’, as all of these (via various mechanisms) can overwhelm a sensitive gut’s ability to function.

This won’t work for everyone, but you should see an improvement in two weeks to a month if it is going to help.

A similar approach may help those with recurrent vaginal thrush — I notice that women on a more plant-based diet seem to be less prone to it. And it makes sense scientifically: a more balanced colony of vaginal microbes has been shown to prevent candida.

It might be worth a go — it’s not going to do you any harm — and is backed by more convincing science than the candida diet.

These high-fibre, no‑added sugar truffles are a real crowd pleaser — easy to make and the perfect way to lift those post‑Christmas office blues.

Mix almond and coconut flours, flax seed, ginger, cinnamon and salt in a large bowl until combined. Add nut butter and date paste and combine until the mixture forms a dough consistency. Don’t be scared to use your hands. Chill dough in the fridge for approximately 30 minutes so it firms up.

Melt chocolate chips in a small bowl in the microwave, checking every 20 to 30 seconds to stir and avoid burning.

Remove dough from the fridge, roll into small, smooth balls between your hands.

Dip the balls into the melted chocolate and place on a tray or plate, sprinkling with mixed nuts. Freeze for one hour, then store in the fridge or freezer.

I love coffee but only drink three cups of it a day max, as it seems to make my bowel movements very watery. Why does it do this, and could it affect the amount of nutrients I’m getting from my diet?

It’s all down to the caffeine, which is found in coffee, tea (including green tea), dark chocolate and several other drinks (as well as some medications such as cold and flu remedies).

Caffeine stimulates your gut muscles, which in turn can accelerate the transit of food through your intestine. Generally speaking, this isn’t an issue for nutrient absorption, and for many people battling with constipation, it can be helpful.

However, given it has a noticeable impact on the consistency of your bowel movements, it may impact the absorption of certain nutrients such as potassium, which is important for heart health.

With this in mind, I would recommend you switch at least two of those regular coffees to decaffeinated varieties.

Could £400 glasses with subtitles help if you’re hard of hearing? ADRIAN MONTI asks the experts for their views on a selection of products

Why a gout pill could cut high blood pressure and boost your sex life: How food like red meat and beer can push up uric acid levels

A hair-raising development: Male pattern baldness eventually affects two-thirds of men… but new treatments are on the horizon meaning you don’t have to suffer in silence