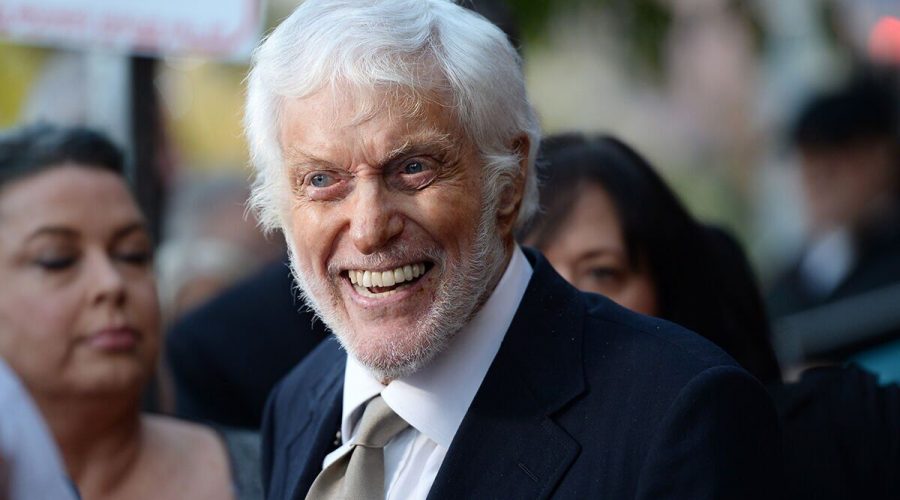 Dick Van Dyke is best known for his singing and dancing in ‘60s musicals like Bye Bye Birdie and Chitty Chitty Bang Bang. Years on, it appears he hasn’t stopped, and he says it’s the key to him ageing well. Around June 2021, CBS This Morning visited the actor’s home and he showed off his workout regime, which includes rounds of sit-ups and leg circles.

“So all you old guys out there, listen to me, I’m telling you, you can keep going for a long [time].”

And he plans to keep going the next few years, as he added: “I’m looking forward to 100.

“George Burns made it, and I’m gonna do it too.”

In 2015, Van Dyke published a book titled ‘Keep Moving and Other Tips and Truths About Aging’, which included his biggest advice for longevity.

“Keep moving is the main thing. I think I reiterate three or four times in the book,” he told NPR during an interview that year.

He also suggested people avoid “going down the stairs sideways,” as while it may feel good on the knees “it throws the hips out and the back starts to go out”.

“The next thing you know, you’ve fallen down and broken your hip. So even if it hurts a little, go down the stairs front-ways.”

Van Dyke also believes optimism is a big part of what keeps him going.

He said: “It’s more in my nature to be optimistic, I think. I’m one of those people who gets up on the right side of the bed in the morning.

“I get up and have a cup of coffee and go to the gym before I talk myself out of it because I will, as anybody will.”

The star does admit there are some difficult aspects about getting older. He told NPR one of the hardest things is “giving up the things you enjoy doing”.

While he can still sing and dance, he “can’t handle the tennis court anymore”.

NHS advice about healthy living includes sticking to a healthy weight and exercising.

Keeping moving “can reduce your risk of major illnesses, such as coronary heart disease, stroke, type 2 diabetes and cancer,” suggests the health body.

It can also “lower your risk of early death by up to 30 percent”.

UK Government guidelines state adults should try to be active every day and aim to do at least 150 minutes of physical activity over a week through a variety of activities.

In 2013, Van Dyke spoke about a mystery illness he’d endured. He’d previously described it as a neurological problem, but it was actually a side effect from some earlier dental work.

He tweeted: “It seems that my titanium dental implants are the cause of my head pounding.”

His health woe first came to light when he was forced to cancel an appearance in April 2013 because of “fatigue and lack of sleep resulting from symptoms of a yet-to-be diagnosed neurological disorder”.

In a statement at the time, his rep said tests and scans were inconclusive about the cause of the condition.