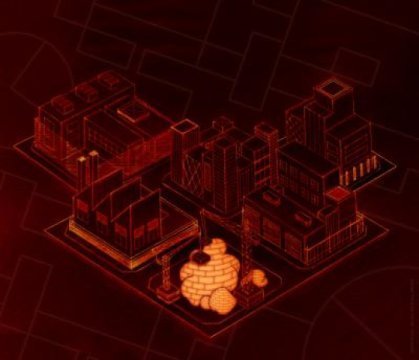 For the first time, scientists have engineered the complex biological process of translation into a designer organelle in a living mammalian cell. Research by the Lemke group at the European Molecular Biology Laboratory (EMBL) — in collaboration with JGU Mainz and IMB Mainz — used this technique to create a membraneless organelle that can build proteins from natural and synthetic amino acids carrying new functionality. Their results — published in Science on 29 March — allow scientist to study, tailor, and control cellular function in more detail.

During evolution, the development of new organelles allows cells and organisms to become more complex, due to the ability to sort cellular processes into specific hotspots. “Our tool can be used to engineer translation, but potentially also other cellular processes like transcription and post-translational modifications. This might even allow us to engineer new types of organelles that extend the functional repertoire of natural complex living systems,” explains Christopher Reinkemeier, PhD student at EMBL and JGU Mainz and co-first author of the paper. “We could for example incorporate fluorescent building blocks that allow a glimpse inside the cell using imaging methods.”

“The organelle can make proteins by using synthetic non-canonical amino acids. Currently we know of more than 300 different non-canonical amino acids — compared to 20 which are naturally occurring. We are no longer restricted to the latter ones,” says co-first author Gemma Estrada Girona. “The novelty we introduce is the ability to use these in a confined space, the organelle,, which minimises the effects on the host.”

Translation is such a complex process that it cannot be contained in one single organelle surrounded by a membrane. Therefore, inspiration was drawn from phase separation: the process responsible for the formation of membraneless organelles in vivo, such as nucleoli or stress granules. Phase separation is used by cells to locally concentrate specific proteins and RNAs. Even though these wall-less organelles have wobbly boundaries as they dynamically interact with the surrounding cytoplasm, they can still do very precise tasks. The team combines phase separation with cellular targeting to create their membraneless organelle and to make sure that only one organelle per cell is formed.

In the end, only five new components have to be engineered into a cell to build it. The assembly of these components generates a large structure, which might create some burden on the cell. In the future, the group aims to engineer minimal designer organelles, to minimise any impact on the physiology of the healthy organism.

Edward Lemke — visiting group Leader at EMBL, Professor at JGU Mainz and Adjunct Director at the IMB — led the project. He concludes: “In the end, we aim to develop a technique to engineer synthetic cellular organelles and proteins that do not affect the host machinery at all. We want to create a tool that does not have any uncharacterised effects. The organelle should be a simple add-on that allows organisms to do custom-designed novel things in a controlled fashion.”