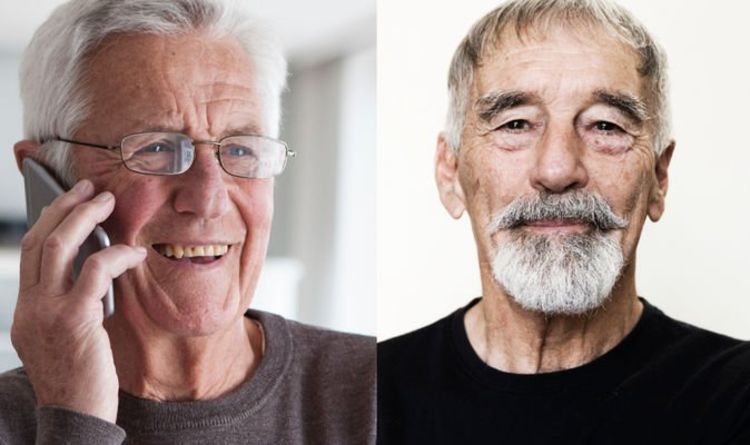 Dementia is the name given to a group of symptoms linked to an ongoing decline in brain function. You could be at risk of the neurodegenerative condition if you start to notice unexplained changes to your speaking.

There are a number of different types of dementia, and the most common in the UK is Alzheimer’s disease.

Making some small lifestyle changes could lower your chances of developing Alzheimer’s in later life.

You could be at risk of the neurodegenerative condition if you find it increasingly difficult to hold conversations. 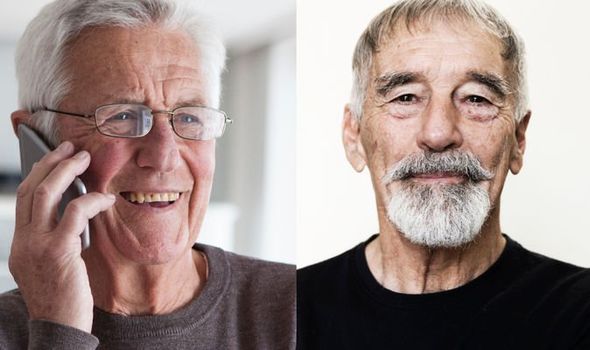 One of the earliest warning signs of Alzheimer’s is developing new problems with words when speaking, according to the Alzheimer’s Association.

Patients may struggle to find the right words in during their conversations.

Some might even stop mid-sentence, and become increasingly confused about how to finish.

While it’s normal to struggle finding the right word on occasion, if it happens more and more often, you should consider speaking to a doctor.

DON’T MISS
Dementia: Sign of the degenerative brain disease [ANALYSIS]
Dementia symptoms: Signs the condition could be a rare disease [RESEARCH]
Dementia warning: The butter alternative that may raise your risk [STUDY]

“One of the most common signs of Alzheimer’s disease, especially in the early stage, is forgetting recently learned information,” it said.

“People living with Alzheimer’s may have trouble following or joining a conversation.

“They may stop in the middle of a conversation and have no idea how to continue or they may repeat themselves.

“They may struggle with vocabulary, have trouble naming a familiar object or use the wrong name [e.g., calling a ‘watch’ a ‘hand-clock’].” 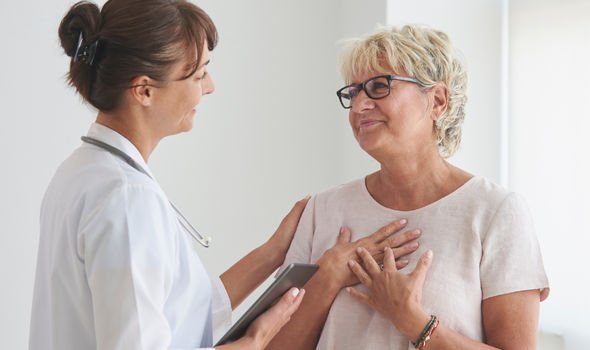 You could also be at risk of Alzheimer’s if you develop difficulties reading.

Small changes to your vision could be one of the earliest warning signs of Alzheimer’s disease.

You may find that you struggle to read books or notes as easily as normal.

One of the most common warning signs of the condition is difficulty judging distance, which is also linked to vision.

There’s no certain way to prevent dementia from developing, but there are ways to lower your risk, said the NHS.

Eating a healthy, balanced diet should help to lower your chances of developing dementia.

It’s also important to do enough exercise. Everyone should aim to do at least 150 minutes of moderate-intensity activity every week.

There are around 850,000 people in the UK with dementia, and the condition affects one in every six people over 80 years old.

Related posts:
04/09/2020 Health News Comments Off on Dementia warning: Early sign of Alzheimer’s disease when you talk – when to see a doctor
Categories
Recent Posts
We and our partners use cookies on this site to improve our service, perform analytics, personalize advertising, measure advertising performance, and remember website preferences.Ok