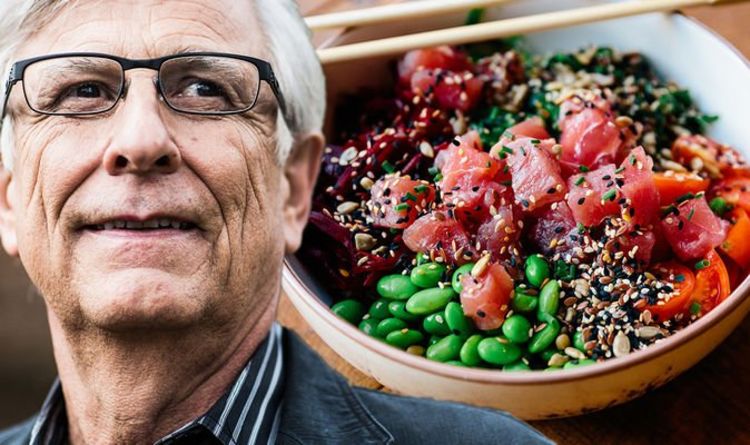 Dementia is an umbrella term for groups of symptoms associated with brain decline, such as memory loss. The prospect haunts people as they get older because age is a risk factor, although it is not a direct cause. However, research suggests you can modify your risk by making healthy lifestyle interventions earlier on. A new study advances the current understanding of the role diet can play in reducing your risk.

Researchers in France have found a link between eating more fish and a lower risk of vascular brain disease.

Vascular brain disease involves damage to blood vessels in the brain and is a risk factor for vascular dementia and stroke.

The association was strongest in people aged 65-69 compared to older people in the study.

To gather their findings, researchers from the University of Bordeaux analysed data from the Three City Study, a large study of the relationship between vascular diseases and dementia.

The researchers analysed MRI scans from 1,623 people over the age of 65 with no medical history of stroke, cardiovascular disease or dementia.

The participants also filled in a questionnaire about their dietary habits.

The researchers compared the number of signs of blood vessel disease between people in each group.

What did the research reveal?

Participants who said that they ate more fish had fewer signs of damage in MRI scans of their brains than those who ate it less frequently.

The association between fish intake and blood vessel disease was stronger in people aged 65-69 compared to older people in the study, and there was no significant relationship in people over 75 years old.

“For most of us our risk of dementia depends on the complex interaction of multiple genetic and environmental factors. Understanding which aspects of our lifestyle have the greatest effect on our brain health is key to empowering people to make informed decisions about how they live their lives.

“Observational studies like this are not able to pinpoint cause and effect. While the researchers attempted to control for other factors that could underlie differences in signs of vascular brain disease, it is difficult to definitively attribute these to the amount of fish in people’s diets. As participants had a single brain scan and reported their dietary habits at one point in time, it’s not clear how relevant the findings are to long-term brain health.

“The NHS recommends eating two portions of fish a week as part of a balanced diet. We know that oily fish can be a source of important fatty acids, but it is unlikely that any specific food or supplement holds the key to maintaining a healthy brain.

“Research suggests that what is good for your heart tends to be good for the brain and taking steps to control blood pressure and cholesterol, not smoking, only drinking within recommended limits and leading an active lifestyle have all been linked to better brain health as we age.”

Dementia is not a disease itself. It’s a collection of symptoms that result from damage to the brain caused by different diseases, such as Alzheimer’s.

These symptoms vary according to the part of the brain that is damaged.

Different types of dementia can affect people differently, and everyone will experience symptoms in their own way.

However, “there are some common early symptoms that may appear some time before a diagnosis of dementia”, notes the NHS.

“These symptoms are often mild and may get worse only very gradually,” adds the NHS.

Related posts:
03/11/2021 Health News Comments Off on Dementia: The food to eat in your 60s to lower your risk – major new study finding
Categories
Recent Posts