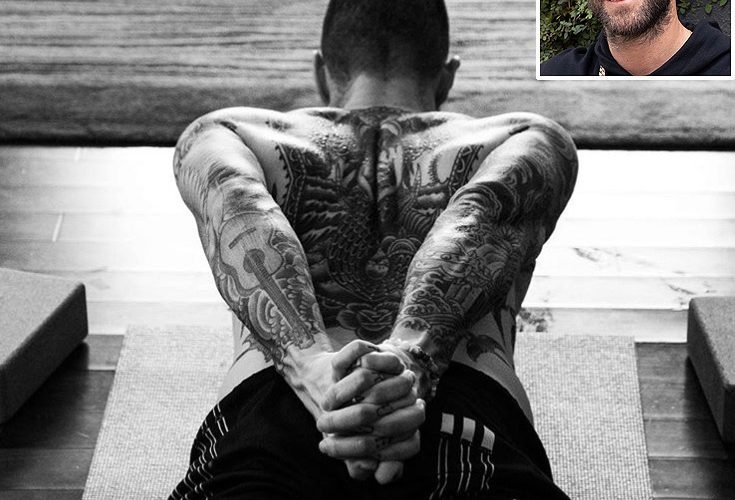 Adam Levine is singing the praises of yoga, a practice he says has had “a profoundly positive impact” on his life.

The Maroon 5 frontman, 39, dedicated a lengthy post to his love for yoga on Instagram Wednesday celebrating all the good it’s brought him.

“I won’t get too #Namaste on you. But I will say that I feel so fortunate to have found Yoga. The practice is so different deeply personal for any individual that I’ve been somewhat hesitant to share what it is to me,” he wrote. “However, this time around, I thought I’d offer it up to whoever is listening.”

“It has had such a profoundly positive impact on my life over the years,” he continued. “I have never been pretzel-ish or particularly flexible. And my practice is riddled with mistakes and imperfections. Which is precisely what makes it so powerful. Striving to do better while simultaneously remaining satisfied with where I am. It’s much larger than I am. I just tag along for the ride. Pretty cool. So…thanks Yoga. You’re awesome.”

The black-and-white shot saw Levine lying on his stomach with his hands clasped behind his back.

The photo prominently features the star’s massive mermaid back tattoo, which he said in 2016 took six months to complete.

The “Girls Like You” crooner has long been a fan of yoga, telling Women’s Health magazine back in 2008 that he finds it the best way to exercise while on tour.

Levine told the outlet he was initially skeptical about “the clichés associated” with practicing yoga, but was sold by the way it felt.

“I’m naturally very tight in lower back and my hips and hamstrings too. My first class felt like someone was ripping my body apart,” he said. “It wasn’t what you’d call peaceful. But I was excited by the idea that the more dedicated I became the more effortless it would become to relax and give in to that tightness. Yes, the torture subsided a bit over time.”

In the years since, The Voice coach has talked it up on many occasions, including a chat with Men’s Journal in which he said he’d “be a mess” without yoga and working out.

He even credited yoga with helping to keep his stamina up after he was crowned PEOPLE’s Sexiest Man Alive in 2013.

Related posts:
28/02/2019 Health News Comments Off on Adam Levine Gets Sentimental About His Yoga Practice: It's So 'Deeply Personal'
Categories
Recent Posts