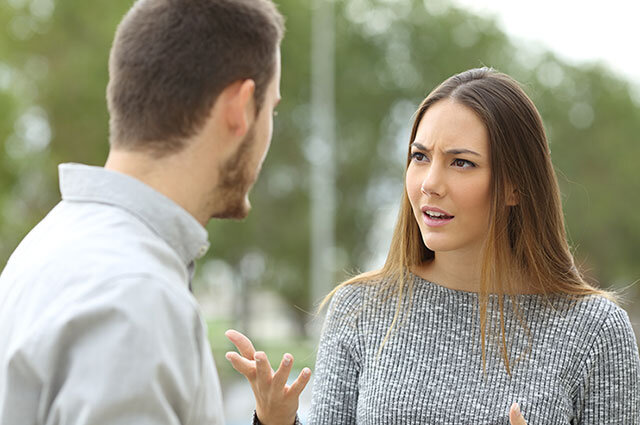 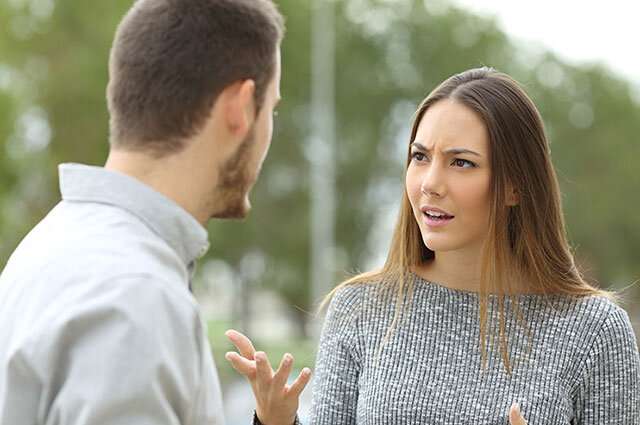 Living through a pandemic is extraordinarily stressful, and the stress has to go somewhere. Some of us are aiming it squarely at our partners.

“Couples are attempting to balance multiple heavy-loaded life stressors at once—financial, work, health, loss, childcare, home schooling, among others. It’s truly an impossible task,” said psychologist Sarah Selden, A07, who maintains private practices in New York City and Greenwich, Connecticut, and is the co-founder of Greenwich Mental Health Group. “The cumulative weight of this can bear down on any relationship, even strong or previously tested ones.”

Communicating under stress often means having difficult conversations, and sometimes we don’t have the script to navigate them. This is where AnnaMarie Vu, a clinical assistant professor at Tufts University School of Medicine, can help. They teach medical students how to have difficult conversations, and they have studied the effects of virtual therapeutic support, or telemedicine.

Vu and Selden joined forces to provide these tips for couples who may be having difficulties getting along or communicating effectively during the COVID-19 pandemic.

Thinking about your concerns has its place. The brain may even have a built-in reward system for it. But getting stuck in this process and becoming preoccupied with your worries, which Vu calls ruminating, may do more harm than good.

“When we’re ruminating, we lose track of time. It could last all day, several days, or consistently pop up for weeks. While our brain thinks we’re being productive, we’re actually suffering emotionally in our relationships,” said Vu. “We are not attending to our partners or ourselves. It’s a way that we can check out and disassociate when we find life too distressing.”

Our worries are often fear-based, and during a global public health crisis, it’s easy to mislabel uncertainty as fear, said Vu. But fear is not useful in the long term. To get out of your head, they suggested these questions: Do I really need this thought right now? Is this thought going to be helpful for me?

Vu also suggested letting your partner know if you’re having trouble setting aside your worries. They suggested this script: “If you see me in my head, do you think you could tell me in a soft way, and I’ll do my best to step back? I really want to be here with you.” These words make your intentions clear and let your partner know you’re open to feedback, which can create a more supportive atmosphere.

One last technique, which is common in Cognitive Behavioral Therapy, is scheduling worry time. “For five minutes today, this is when you’ll get all your worrying out. You can even write them out, and at the end of the five minutes, you’re done,” they said. “If you have anything else that you catch yourself worrying about, you can tell yourself, ‘I will save this for tomorrow when I’m going to write about this again.'”

If tensions feel high and you’re starting to squabble or argue more, “acknowledge the anxiety-colored elephant in the room,” said Selden. “It’s important to name and identify the uncertainty and the accompanying stressors they bring.”

For many people, anger is a preferable emotion to anxiety, as it feels active (much like ruminating) and offers an illusory feeling of control when people are feeling out of control in other areas of their lives. It’s also a secondary emotion, meaning that other emotions (fear or sadness, for example) come first. Selden said it’s helpful for partners to name those feelings for each other.

“Remind yourself and your partner of these external stressors, which could take the form of stating: ‘We are feeling anxious because we are in a pandemic and we are worried about a lot of things. There is a lot of uncertainty, which is scary. We are fighting right now because we are both maxed out emotionally.'”

3. Acknowledge the difficulty of reshuffled roles

Vu often worked with clients who were coping with a dramatic change in their life, such as having a stroke and struggling to adapt to a new loss of ability or retiring and suddenly spending a lot more time with their partners. Just because you’re together all the time doesn’t mean you have a shared understanding, and that can contribute to anxiety, they said. This is not unlike what’s happening with COVID-19.

“I think what we’re seeing in this pandemic, especially with people getting sick or losing their jobs, is this reshuffling of couples’ roles with each other. Folks are having major parts of their lives put on pause,” Vu said. “For some, they were striving to remake themselves, whether it’s a degree, a new career, or maintaining sobriety, the ways to go about these goals and the promise these once held may not look the same for now, which causes a lot of anxiety in their own identity and role in the relationship.”

Vu said to think carefully about what or who your argument is really with. Are you truly angry with your partner, or are you angry at the reality of the pandemic?

4. Choose your words with care

Easier said than done in the moment, right? It sounds obvious, but it’s worth a reminder: Describe the situation and your feelings using non-judgmental language. No insults, no labels, no name-calling.

“This is not productive and has a damaging effect on the relationship. Your partner is also more likely to become defensive and/or shut down,” said Selden. “If you would like to bring up an issue with your partner, be specific about your objectives and goals. Stick to the present and do not dredge up issues from the past.”

She pointed out that conflict itself is not unhealthy. It’s simply a way for people to communicate needs and establish boundaries. In fact, she said, working through problems is a way for both people to feel more secure and more committed to the relationship.

“You’re allowed to become emotional, but it’s important to not make relationship-ending threats or ultimatums. If things are feeling too intense or going in an unhealthy direction, one or both of you should say, ‘We need to cool off and talk about this later,'” she said.

No matter the living arrangement or size of your home, it’s important that couples figure out a way to find or create personal space, said Selden. It’s additionally important that each person maintains other relationships in their lives, even if they’re virtual for the time being. Social support is a robust protective factor against stress and other negative emotions, she said.

Vu added that spending time apart can be useful, so you have something new to talk about when you’re back together—something you saw, were inspired by, or even found annoying. “As we share our experiences with each other, we’re learning and we’re opening. It gives us a chance to see each other with new eyes. You can come together at the end of the day and do a review of your day’s highlights and ‘lowlights,’ or things that reminded you about your relationship and what you cherish about it.”

Quality time together is also important. This could be finding and trying a new recipe, watching a movie, or working on a project. If you and your partner are at odds so much that quality time seems out of reach, that’s okay, said Vu. Cut each other some slack.

“In those circumstances, maybe the goal is to focus on having a functional team and playing into each other’s strengths. Figure out if someone’s better at coordinating, or getting the garden set up, or figuring out insurance changes, or filing for unemployment, and give that role to them,” Vu said.

6. Get help when you need it

Domestic violence is reportedly on the rise globally because of lockdowns. If your partner is abusive, you may need help to ensure your emotional and physical safety. The National Domestic Violence Hotline has COVID-specific resources as well explanations as to what relationship abuse can look like, and Mass.gov has information and resources for survivors of domestic abuse.

If other relationship challenges persist, or it feels like you’re fighting about the same things over and over again, Selden and Vu said it may be a good time to start virtual couples counseling.

Selden acknowledged that access to affordable mental health care remains an issue for many people, but there are an increasing number of telemedicine options. She pointed to New York, where Governor Andrew Cuomo issued a temporary directive that requires insurance companies to cover telehealth and waive copays.

“If things are becoming a struggle, do not wait to get help, both individually or as a couple. While it may take some time to get used to virtual sessions, research has consistently shown that therapy over telehealth is comparable in its effectiveness to in-person treatment,” said Selden.

Vu agreed, and said telemedicine eliminates common reasons people offer for not going to therapy: commuting and not being able to leave work.

Related posts:
22/05/2020 Health News Comments Off on 6 ways couples can resolve conflict during the COVID-19 crisis
Categories
Recent Posts
We and our partners use cookies on this site to improve our service, perform analytics, personalize advertising, measure advertising performance, and remember website preferences.Ok