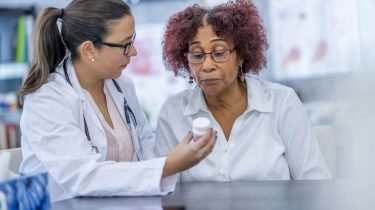 Researchers from the University of Michigan in Ann Arbor, Brigham and Women’s Hospital in Boston, MA, and Northwestern University in Chicago, IL, analyzed prescription data on 19.2 million people.

The data came from the records of privately-insured U.S. children and adults under the age of 65 years who claimed for outpatient antibiotic prescriptions during 2016.

The analysis revealed that 23.2 percent of that year’s antibiotic prescription fills were for “inappropriate” use of these medications.

The three conditions that most commonly led to inappropriate prescribing of antibiotics were colds, coughs, and chest infections.

A full account of the findings now features in the BMJ.

Antibiotics are drugs that kill bacteria. They do not work against viruses.

Taking antibiotics to treat a viral infection, such as a cold or flu, is an example of inappropriate use.

Inappropriate prescribing and use of antibiotics contributes to antibiotic resistance, which is the ability of bacteria to survive drugs that once used to kill them.

Antibiotic resistance is a growing problem and an urgent threat to public health.

According to the Centers for Disease Control and Prevention (CDC), every year in the U.S., around 2 million people acquire antibiotic-resistant infections, and more than 23,000 people die because of them.

The recent study offers a new classification scheme that could be useful for “future efforts to comprehensively measure outpatient antibiotic appropriateness in the U.S.,” note the authors.

The scheme gives a measure of appropriateness for each prescription fill for antibiotics based on the diagnosis code that medical coders assign to the insurance claim during the billing process.

The diagnostic coding system that the scheme uses is the ICD-10-CM, which has nearly 100,000 codes.

For each code on a claim, the researchers determined whether prescribing the antibiotic was either “always,” “sometimes,” or “never” justified.

The study paper gives an example of a prescription fill for amoxicillin on which the justifications, according to the diagnosis codes on the claim, were fever, cough, and pneumonia.

The researchers designated these justifications as follows: fever (never), cough (never), and pneumonia (always). In this case, because of pneumonia, they decided that the prescription was appropriate.

In another amoxicillin example, the team decided that the prescription was “potentially appropriate.” While two of the codes were for conditions that never justify the use of the antibiotic, one was for acute sinusitis, which can only sometimes justify its use.

Finally, in a third example, they decided that the prescription was inappropriate because the diagnosis codes were for cough, fever, and acute bronchitis, all of which scored a “never.” None of these conditions justifies a prescription for amoxicillin.

Inappropriate percentage could be higher

The team analyzed all of the antibiotic prescription fills in the dataset and allocated each of them to one of four categories: appropriate, potentially appropriate, inappropriate, and “not associated with a recent diagnosis code.”

The dataset included children and adults under the age of 65 years whose private health cover came from an employer.

The analysis showed that approximately one out of every seven individuals in the dataset had at least one inappropriate antibiotic prescription fill in 2016.

It also found that inappropriate prescription fills were more common for adults than for children.

It is possible that the figure of 23.2 percent underestimates the number of inappropriate prescriptions.

One reason for this is that the 35.5 percent of prescriptions that the researchers classed as potentially appropriate could include conditions that attract high rates of antibiotic prescriptions because they can have either bacterial or viral causes. Examples of these include sore throat and sinusitis.

Another reason is that the 28.5 percent of prescriptions “not associated with a recent diagnosis code” could include many inappropriate ones that resulted from online or phone consultations.

Previous studies have also concluded that inappropriate outpatient prescribing of antibiotics is common in the U.S.

However, those analyses used older data and ICD-9-CM codes, which ICD-10-CM replaced in October 2015. They also tended to concentrate on specific diagnoses, such as the common cold.

The recent study is the first to carry out such a large analysis with a measuring scheme that uses ICD-10-CM.

The researchers suggest that the scheme “could also be adapted for use in other countries that use ICD-10 codes.”

Related posts:
17/01/2019 Health News Comments Off on 1 in 4 US antibiotics may be inappropriately prescribed
Categories
Recent Posts