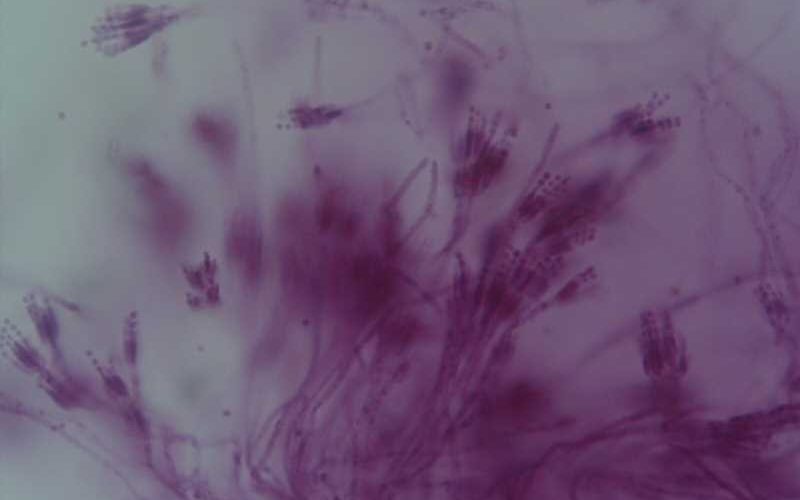 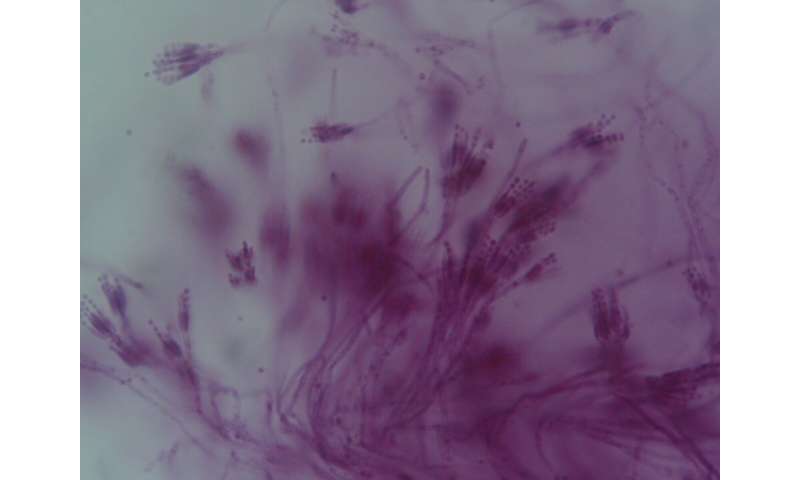 The worldwide search for an opioid alternative has made a leap forward—with a scientific discovery in an Australian fungus indicating effective pain relief and the potential for a safer less addictive drug, helping address the opioid epidemic of deaths by overdose.

The fungus, a previously unknown Penicillium sp, was sampled from an estuary in Tasmania’s pristine Huon Valley. Analysis revealed a set of uniquely shaped tetrapeptides mimicking endomophins; drug companies have invested several hundred million dollars in the hope of such a find.

An international team, led by the University of Sydney and Queensland, then developed this into a new opioid type considered a gold standard but with fewer side-effects and created an effective analgesic for pain relief in the laboratory.

A patent application has been filed in Australia and further research, to confirm whether a new drug is in the making, is expected to be finalised in a couple of months.

The findings are published today in the leading journal, PNAS.

The senior author, from the University of Sydney’s Faculty of Medicine and Health Professor Macdonald Christie, said their findings were on the back of a decades-long search for such a holy grail of potential pain relief.

“The structure we found has never been seen before,” said Professor Christie, a pharmacologist with the School of Medical Sciences and Associate Dean Research.

From the fungus, the researchers discovered three versions of tetrapeptides, a chain of four amino acids (the ‘molecular building blocks of life) joined by peptide bonds. But it was their curious molecular structure that caught the researchers’ attention.

In some molecules, geometric orientation is referred to as chirality or ‘handedness’. Molecules can be ‘left handed’ or ‘right handed’, mirror images of each other, but the way they are orientated makes a huge difference. In nature, almost all amino acids are ‘left-handed’ in shape.

There are exceptions in nature, with molecules twisted in the ‘right hand’ orientation, but this is extremely rare in mammals. The ones that were found in the fungus were twisted in this unusual way.

Professor Christie explained: “No one had ever pulled anything out of nature, anything more ancient than a vertebrate that seemed to act on opiate receptors—and we found it.”

Finding the fungus in the estuary

The sample that prompted the research had been taken from the Tasmanian estuary as part of a program involving Professor Rob Capon, a natural products chemist from UQ’s Institute for Molecular Bioscience.

Professor Capon had been part of a program that screened dirt and mud for microbes with biological activity, and 16 years ago found the molecule from penicillium fungus isolated from mud next to a boat ramp.

Under the microscope it looked like the molecules in our body that interact with the opioid receptor.

Professor Christie said if their follow-up testing is successful, as with any drug discovery, it could be a decade before this would result in a new medication available for purchase by the public.

Such a development, however, could have a major impact globally.