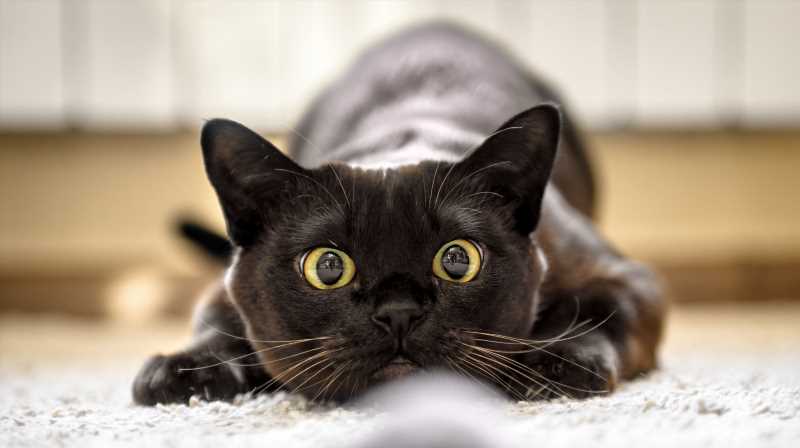 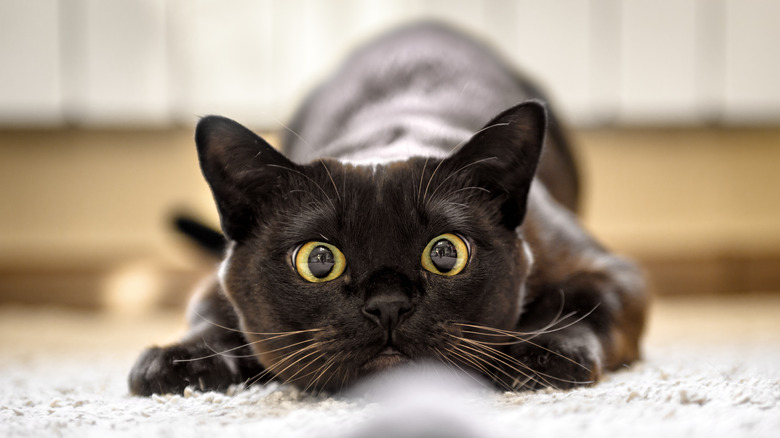 Cats have long been associated with the mystical; in ancient Egypt, cats were revered as magical creatures that brought luck and divine connection to people who cared for them (via National Geographic). In reverence to these animals that they loved and respected so much, Egyptians would bestow them with gifts lie jewelry and would feed them extremely well. When cats passed away, their humans mummified them, just like they did for their beloved human family members, and they mourned for long periods.

In Celtic cultures, cats were associated with magic and the spirit realm, and in Irish culture there were mythological cats called “cait sidhethat,” which translates to “fairy cat” (via Playful Kitty). These cats were said to be otherworldly creatures and spirits taking the form of cats.

In more recent memory, Europeans and early European settlers of the Americas associated cats with magic, but in a less positive way; cats were often thought to be “familiars” of witches (via History of Massachusetts). When persecuting suspected witches was common, animals like cats were often accused of witchcraft as well, and sometimes were even executed along with their owners.

Now, cats are beloved household pets in many nations across the globe; in fact, cats are even more popular pets than dogs in over 90 countries (via Budget Direct). So with all of the history and mythology and lore and love we associate with cats, it’s no surprise that analyzing dreams we have about our feline friends can be complex to analyze.

How do you relate to cats? 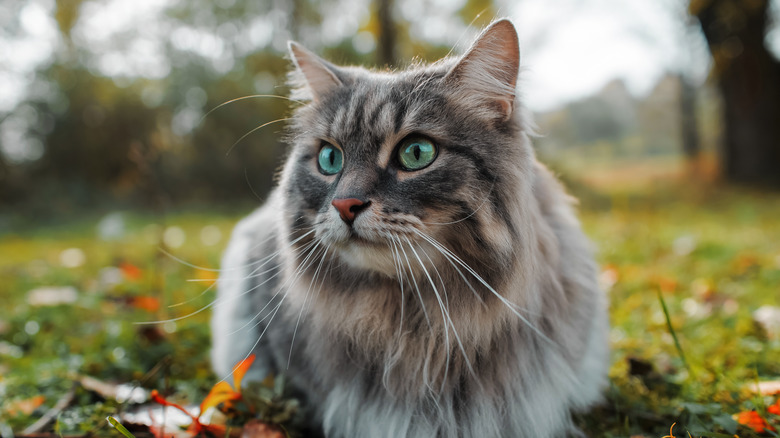 As with most dreams, the first thing you must consider is your own relationship with and feelings about cats. If you’re a cat lover, seeing a cat in your dream is likely to mean something different than if you loathe or are afraid of cats. As Stephanie A. Sarkis, Ph.D., wrote in Psychology Today, “Your chipmunk is not someone else’s chipmunk. The meaning you apply to a chipmunk is what your experience has been with chipmunks in day-to-day life.” And so it is with cats.

Interestingly, unlike many symbols in dreams, your gender identity might also affect what a cat means to you (via Bustle). Cats are often associated with qualities considered to be generally feminine like intuition and grace. They have also been associated with feminine power in both positive and negative ways; the Egyptian goddess Bastet was often depicted as half cat, half woman, and she was revered as a powerful deity (via National Geographic). Bastet was the goddess of protection, pleasure, and good health (via The Egyptian Museum). Alternatively, as we discussed earlier, cats have also been associated with vilified female power, said to be familiars of witches and able to walk between worlds, assisting powerful (but evil) women in controlling other people, the weather, and virtually anything they wanted into succumbing to their will.

As such, if you identify as a woman, you may relate more closely with the cat in your dream than someone who identifies as a man, thanks to these long-held cultural influences.

Cats and your intuition 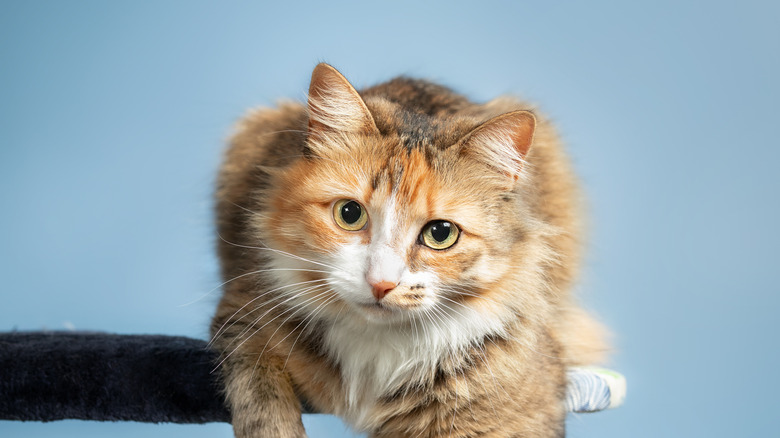 If you are a woman dreaming about cats, this may illustrate your own perception of yourself (via Bustle). If the dream feels positive and the cat in the dream is healthy, thriving, hunting, playing, or doing other normal cat things, it is likely a sign that you are feeling sturdy and confident in your own feminine power. If you are a man dreaming about cats, it may have more to do with how you are feeling about your relationship to the women in your life. It could also be symbolic of how you are relating to your own inner femininity. Both men and women and also anyone who identifies as non-binary, however, should consider a cat appearing in a dream to be a sign to get in touch with or stay in touch with your intuition. If the cat is healthy and well, you are likely on the right track with your intuition. If it is injured, sick, or scratches you, it might a sign that you are ignoring your intuition and need to take heed.

Again, all of this considered, how you feel about cats still matters; if you don’t love them, then this could also be a sign that there is part of yourself or something your intuition is telling you that you feel you need to hide from, or that you might be hiding from others.

What is the cat in your dream doing? 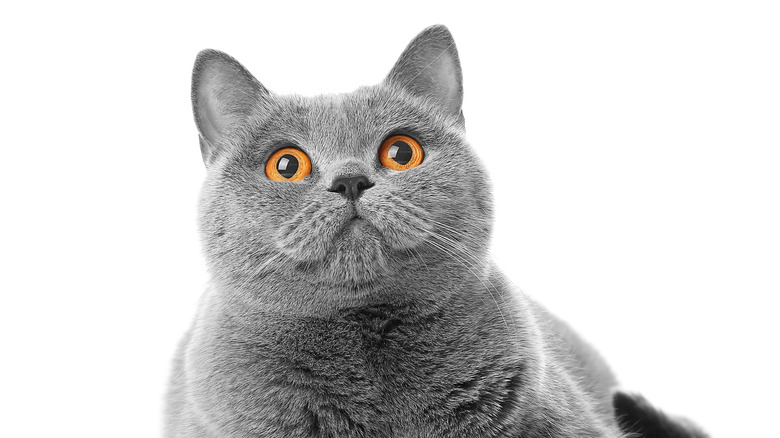 If you dream of a cat that is in need of serious help because it has been abused or neglected, and in the dream you are feeling called to help it to heal and recover, then it is possible you are dealing with your own trauma or emotional wounds that need tending (via The Pleasant Dream). Because cats are often associated with emotional, spiritual, intuitive elements of ourselves, encountering one that has been ignored or abused suggests that there are parts of yourself that have also been neglected or harmed. It can be a signal to take charge of your own healing in your waking life and to treat yourself with the same level of loving compassion and care you would give to a hurt cat.

Interestingly, this can also be a sign that you should not give up hope, no matter the pain you are in, because just like cats which are said to have 9 lives, you have many, many chances to rebuild. If you are feeling broken or hopeless, remember that like a cat, you are worthy of a second chance, and you have the power to heal and overcome your pain to grow once again into full, blossoming life, in tune with your higher self and intuition.

The age and health of the cat matter

If your dream has a sadder story, and you dream of a dead cat or of a cat that is imminently going to pass away, your dream may mean that you have become completely disconnected from your own power and no longer feel in control of your own life or able to make your own decisions. It is possible that someone has taken this power from you or that you have given it over unintentionally by relying too heavily on another person’s ideas and decisions (via Bustle). You may need an urgent injection of self-reliance and faith in your own intuition. Get in touch with your own power and figure out what in your life has left you feeling powerless.

If, alternatively, you dream about kittens, those kittens may be representative of innocence, new beginnings, and openness to the future. Kittens, along with being adorable, are also brand new; they have their entire lives ahead of them and everything they experience is new and interesting and exciting. This may be a positive sign that you are beginning a new endeavor, chasing a new dream, or entering a new relationship or job that feels positive, fresh, and joyful.

At the end of the day, remember to consider your own feelings about cats and how you are feeling during the dream and upon waking to determine what these themes may mean for you individually.

Related posts:
03/09/2021 Kids Health Comments Off on What It Really Means When You Dream About Cats
Categories
Recent Posts