Tori Spelling‘s teenage daughter has discovered her mom’s claim to fame, and she not only loves to watch it, but she also identifies with it.

The Beverly Hills, 90210 alum shared that her 14-year-old daughter, Stella, “rewatches every episode” with Spelling, and “She’s a self-proclaimed Donna Martin with a hint of Kelly Taylor.” The cute revelation was made on Spelling’s podcast, 9021OMG, which she hosts with her former co-star, Jennie Garth.

Spelling and Garth starred alongside one another for all 10 seasons of the hit teen drama, in which Spelling played Donna Martin and Garth played Kelly Taylor. Jason Priestley, Shannen Doherty, Brian Austin Green, Ian Ziering, and the late Luke Perry also had prominent roles on the show, which ran from 1990 to 2000.

Spelling revealed that Stella is “definitely Team Brandon”, who was played by Priestley. “She thinks he’s adorable and loves his eyes,” the mom of 5 shared in an adorable, signature embarrassing mom move.

The show recently celebrated its 32nd anniversary, and Spelling shared a heartfelt Instagram post to celebrate the occasion. She wrote, “Teen Drama — We didn’t invent the genre but our beloved code did give it a much needed television voice. It’s crazy. They told us to look out past the camera in this first photoshoot. The 8 of us couldn’t have known that day in malibu what the future held. We were just kids. Finding ourselves. Finding each other. Finding our places in the world.”

She continued, “32 years to the day Beverly Hills, 90210 premiered. Thank you to this cast that became family. Thank you to all the people behind the scenes of this show that became family. Thanks to all our fans who became our family for life. The journey is ours together. So proud to have been a part of tv history that to this day still gives people such a feeling of joy, comfort, and home. Bringing entertainment into peoples lives is a gift.” 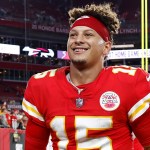 Celebrities — they’re just like us! Especially when it comes to embarrassing their kids.