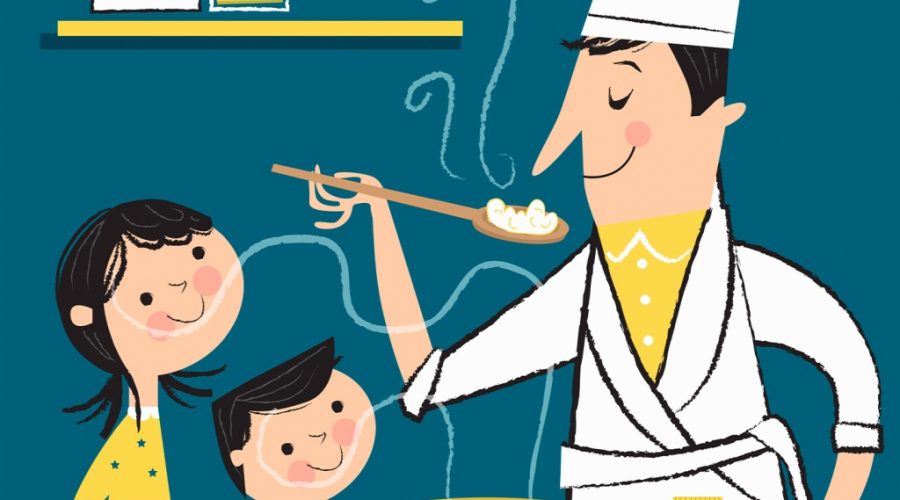 A parent’s simple decision to buy a children’s kitchen set has led to disappointing backlash. The unfortunate story was posted on Reddit by the parent in question, who has a two-year-old son with a curiosity about cooking.

“One of his favorite pastimes are playing with pots and pans and utensils and moving the stove controls and anything kitchen related,” the Reddit user wrote. “To keep fueling his curiosity I was looking into getting him a play kitchen set.” When the user’s family found out, there was immediate backlash and comments were made that it was a “very feminine and girly toy.”

The kitchen set was a monotone grey color and the parent seemed confused by the implication, asking: “What are everybody’s thoughts?”

The story struck a chord, with many, many people expressing frustration over outdated gender stereotypes. “What are they afraid of? That he’ll learn how to cook?” one person asked. “How is the ability to feed yourself/others a gendered task? Rip them a new one and get your son involved in your actual kitchen as much as you can.” Another quipped: “Are they afraid he’s going to grow up and be able to take care of himself? Horrible! What’s next, learning to do his own laundry? It’s a slippery slope.”

Parents also chimed in, sharing their personal experiences with getting their sons involved with cooking. “Kitchens are fascinating and a great exploration tool for kids,” one parent noted. “So many imaginary games to be played, science experiments to be conducted, knobs/drawers, little gadgets, all so fun! My kiddo received a toy blender as a gift and absolutely loves it – makes everyone pretend smoothies in it, takes it apart and puts it back together, imitates us and how we are around the kitchen.”

Another added that their son loved to play in the kitchen when he was younger. “Please let your child be your guide as to what children’s toys are appropriate for him, and don’t allow others to shame him. Also, learning to cook is an essential human skill.”

It really should go without saying but a child expressing interest in any fun, productive activity is something to celebrate, not discourage.

Before you go, check out some of our favorite ethical toy brands.