Kristen Bell would like to formally apologize that you have had to listen to “Let It Go” way more times than is socially appropriate. The Frozen star appeared at D23 Expo over the weekend and spoke directly to the parents who have been affected by the hit Disney franchise.

“I would like to say that I’m sorry to every parent who has had to listen to Frozen on a loop,” she said, per Cinema Blend. “I feel you, I see you, I am you. I get it.”

Bell went on to say that, despite the omnipresent replays of Frozen, she is forever grateful to be a part of the animated world, with Princess Anna, Kristoff, and the whole gang.

“Disney taught me to dream big and follow your heart. And that it is totally appropriate to bust out into song at any moment, which I really appreciate. Playing Princess Anna has been the highlight of my life I think — I mean other than my kids and stuff.”

The actress and mom-of-two has her own mini Frozen fans in the house — 7-year-old Delta and 9-year-old Lincoln. Unfortunately, being a part of one of the biggest Disney franchises hasn’t quite earned her the cool points she had hoped for.

“They really like Frozen. But I don’t know that they’re obsessed with it, because it’s in our DNA to reject our parents,” Bell told Buzzfeed in 2019. “So they like to talk about Frozen, but they don’t like to talk about me in Frozen. And I gotta let them be their own people. So I cannot sing around the house under any circumstances. It’s heartbreaking — such a deep cut.” 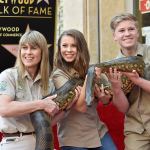 We get it. It’s no easy feat to impress your kids … even when you’re Princess Anna. Bell can rest easy knowing that children around the world are making up for it with a devoted obsession and a constant desire to rewatch the films on a frantic, loving loop.

Before you go, see this slideshow of Gabrielle Union’s best mom moments!

Related posts:
20/09/2022 Kids Health Comments Off on Kristen Bell is Really Sorry You Had to Watch ‘Frozen’ a Billion Times With Your Kid
Categories
Recent Posts