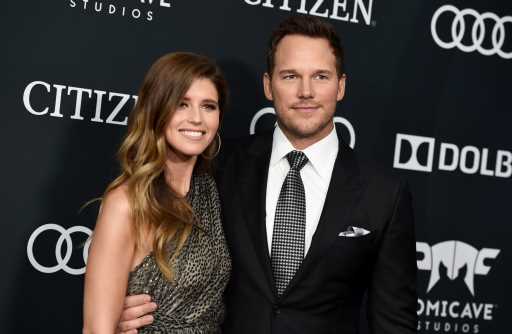 Chris Pratt wants a Jurassic-sized family, and he’s well on the way as he’s currently expecting his third child with wife Katherine Schwarzenegger. The two already share Lyla, 1, and Pratt is dad to Jack, 9, with ex-wife Anna Faris. Recently, the Jurassic World: Dominion star shared exactly how many kids he’s hoping to have — and his answer was a little surprising.

In an interview with Entertainment Tonight, Pratt’s Dominion co-star, Bryce Dallas Howard, answered that Pratt wanted “dozens” of kids. And he agreed!

“Yup, dozens, dozens,” the actor quipped. “We want to have one dozen children.”

Howard explained, “I mean, Chris and I were just talking about this, he’s always really wanted a big family. And I’m from a big family, so I absolutely love that. I love that for you.”

Dominion will be Howard and Pratt’s third Jurassic World film together, and the final in the trilogy. In the interview, they reflected on their friendship. “Chris is someone who I respect and admire and who I have a blast with,” Howard said, before adding, “we’re very compatible.” Pratt also talked about working with Howard, saying, “If you’re anybody making a movie and you have the opportunity to have her involved in any way, you absolutely do it. You do it and you’ll be better in the end, cause she was involved.”

Last May, Pratt talked about his wife on Ellen, joking about expressing her milk and aiming it at his older son, Jack. Later, he made up for it, saying, “She’s my hero.” In Nov. 2021, the actor came under fire for his Instagram comments about his wife, commenting on the “amazing life” she’s given him, “helping me with everything,” and saying, “In return, periodically, I open a jar of pickles. That’s the trade.”

Let’s just hope if they do have 10 more kids together, he doesn’t make Schwarzenegger do all the work!

From Illusia to Zillion, here are a few of the most unique celebrity baby names.