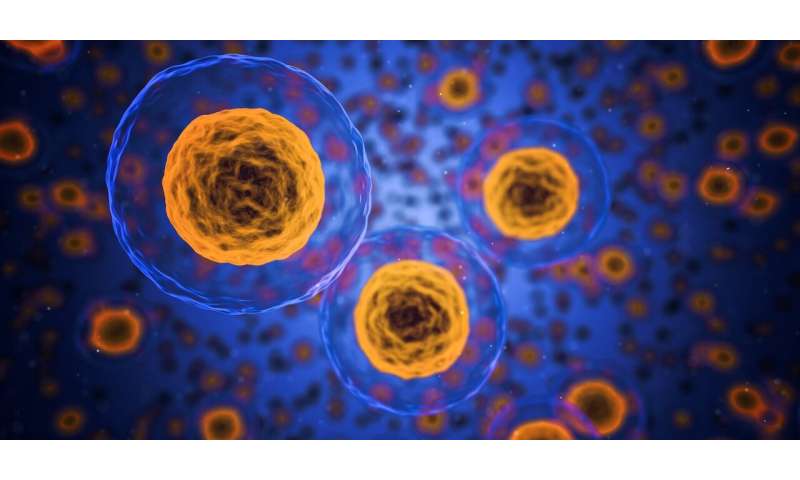 Thousands of the world’s leading stem cell researchers are convening in Los Angeles this week to discuss the prospects for a future without human disease.

Stem cells could play a key role. These cells are remarkably flexible; under the right conditions, they can be coaxed to develop into many other types of cells in the body.

Researchers are learning how to harness their natural potential to create whatever type of cell is in demand—perhaps retinal pigment epithelium cells to restore vision to patients blinded by “dry” macular degeneration, or oligodendrocyte progenitor cells that might protect nerve cells that have been damaged by an injury to the spinal cord. So far, they are making slow but steady advances.

Deepak Srivastava has first-hand experience with the power of stem cells. In his own lab, the doctor has studied early heart development and how cells can be reprogrammed to repair damaged heart tissue. He is now president of the Gladstone Institutes, a nonprofit research center affiliated with the University of California, San Francisco, and he’s about to begin a yearlong term as president of the International Society for Stem Cell Research.

The Los Angeles Times spoke with Srivastava about what scientists have accomplished with stem cells, and what’s coming next.

Q. Let’s catch folks up on stem cells. What are they, and why do we care?

A. Think about diseases where organs have lost cells they need to function, and they have little to no capacity to regenerate themselves. In the medical field, doctors generally accept that people will have those diseases, so they try to find therapies to help get around the diseases’ effects.

But with stem cells, we no longer accept this idea that people have disease from lost cells. The aim is to regenerate damaged tissues in cells—restore those cells—and fix the crux of the problem.

I’m biased, but I think it’s a game-changer for how we approach human disease.

Q. How can you improve stem cell research by combining it with gene editing? What does it let you do?

Let’s take sickle cell anemia, for example. We can now take a teaspoon of blood from any adult with the disease and rewind their blood cells back in time, into cells that behave just like an embryonic stem cell. Then we can use gene-editing tools to try to correct genetic mutations that might be causing the disease, convert the cells back into mature cells, and return them to the patient through a simple blood transfusion.

The same is true for immune cells in “bubble boy disease” (severe combined immunodeficiency, in which children lack a functioning immune system) and others.

A. As we’re identifying genetic causes of human disease, the challenge is to find genetic therapies. For example, we know of a genetic mutation that causes Alzheimer’s, and we’d like to screen for drugs that would correct the problem in brain cells from a patient with Alzheimer’s.

We couldn’t do that before because we certainly couldn’t take a brain biopsy! But if we use gene-editing tools with stem cells, we can turn them into brain cells with the mutation that causes Alzheimer’s. Then we can screen for drugs that would correct it.

Stem cell research is not just for regeneration and replacement, but also for discovering appropriate drugs for a host of diseases.

Q. We’ve been hearing a lot about organoids lately. How are they being used in research?

A. When researchers turn stem cells into any cell type in our body, they’ve typically been doing that in two dimensions—a monolayer. But in the real world, organs exist in three dimensions. They have architecture. To more accurately understand disease processes, you’d want to have cells not just in a dish but in full structures.

The breakthrough has been in our ability to involve multiple types of cells that have to work together to form an organ. We’ve made organoids—not full organs—that replicate much of the complexity of an organ. This has worked with brain tissue, kidney tissue, eye tissue and others.

That’s valuable because, as we try to make organoids that contain mutations that cause disease, we’re getting a better idea of how medicines will play a role. Instead of screening for drugs in the monolayer system, we can do it with organoids. It’s a better predictor of how a full organ will function.

When you step back and think about it, it’s the convergence of multiple technologies that help us treat human disease in a very different way than before.

Q. What regenerative medicine therapies are closest to being in the clinic?

Remember, we’re looking at situations where the cells in those areas have died, and that’s what (is) causing disease. So in these specific scenarios, the simple treatment is to turn stem cells into the missing cells and transplant them back in.

Q. Why was Los Angeles picked to host the ISSCR meeting this year?

A. California is a hotbed of activity in the stem cell research world. The California Institute for Regenerative Medicine has really accelerated so much of this. We thought this international community of leaders ought to converge at this major hub in L.A.

Many people talk about the semiconductor being the dominant discovery in the last 50 years. Now, many think biotech will be the major driver of advancements in the coming 50 years. California promises to be an epicenter for that.

Q. You’re about to start a one-year term as president of ISSCR. What are your plans?

A. I intend to bring a major focus to the policy area, where I think ISSCR can make a big difference. We need to be advocating for policies worldwide that would accelerate the safe and effective use of stem cell medicine.

Our professional society plays a key role in educating not just governmental entities, but the public, helping them understand how we plan to resolve human disease. We have to share just why we’re all so excited.

Related posts:
28/06/2019 Health Problems Comments Off on When it comes to disease, stem cells are a game-changer, scientists say. This is why
Categories
Recent Posts