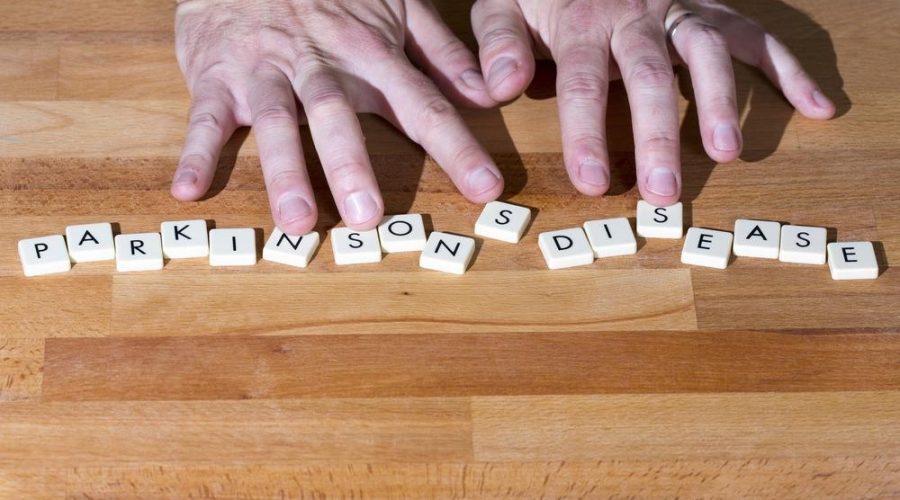 Parkinson’s disease (PD) is among the most common conditions affecting elderly people, especially if they have cardiovascular risk factors. PD is characterized by resting tremor, bradykinesia or slowness of voluntary movement, rigidity, postural instability, loss of automatic movements, and changes in speech and writing.

Patients also often have reduced olfactory sensation and gait changes. While modern medical treatment of this condition began as far back as the 1960s, there are numerous myths still floating around that affect the popular perception of what it means to live with PD. 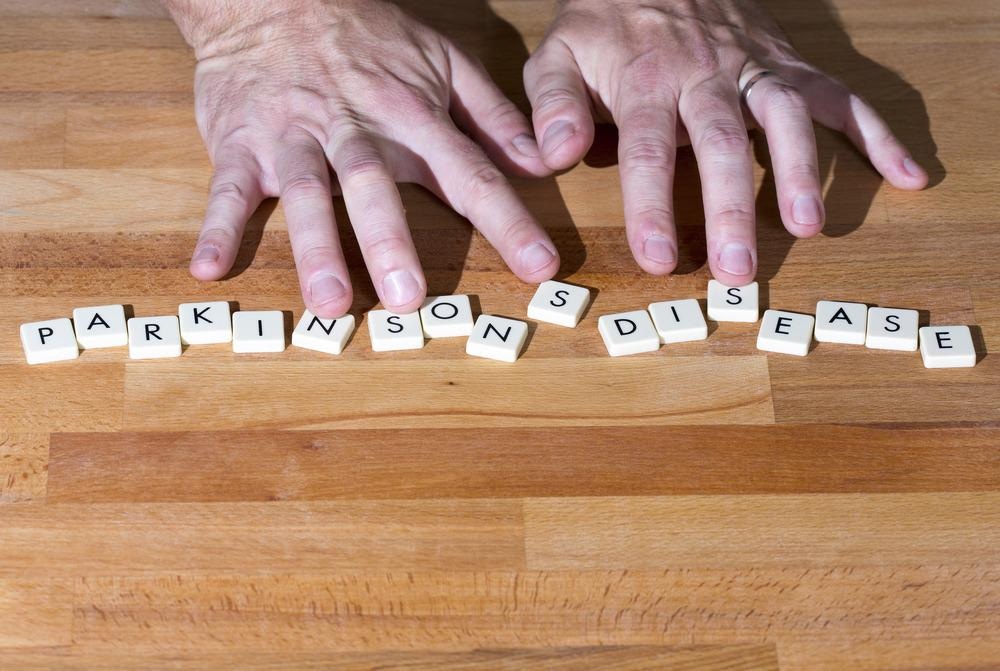 One such misconception is that PD is primarily a motor condition, that is, it produces symptoms related to movement. The truth is that PD can also cause non-motor symptoms even before the onset of cognitive impairment or dementia, depression, anxiety, urinary incontinence, constipation, sleep disturbances, and other behavioral changes. It is important to note that these are at least as disturbing to the patient, if not more so, than the motor symptoms, especially with advanced disease.

Many people also think that PD is a genetic disorder, whereas not more than one in ten cases have a familial component. Environmental factors are thought to play a larger role, in fact, in the genesis of this condition.

Another false belief about PD is that doctors can predict with great accuracy how any given patient will progress. This overlooks individual differences in the experience and manifestations of PD, as well as the rate of progression, perhaps based on the mechanism of onset.

“Everyone’s parkinsonism is unique, and the constellation of symptoms can be very different between different individuals. For example, a patient could develop any number or combination of non-motor symptoms such as orthostatic hypotension, constipation, urinary urgency, depression, anxiety or dementia as their condition develops.”

Again, tremor is not a universal symptom of PD, even though it is among the most recognizable. As already mentioned, non-motor symptoms sometimes occur before a tremor begins, and in a fifth of PD, a tremor never does occur. This might be because of the different brain regions involved. If the retrorubral area of the substantia nigra is involved, for instance, in dopaminergic neuron loss more intensively, this may lead to a stronger tremor.

Flare-ups are not common in PD, unlike autoimmune disorders like lupus. If they happen, it could be due to anxiety, errors in medication, poor compliance with medication protocols, or even adverse effects of medication. Worsening health could be another reason for deteriorating symptoms after surgery.

Over 80% of episodes of suddenly worsening symptoms could be due to reversible or treatable causes, say some experts. Patients need to check in with the local center to rule out such causes, including stress, insomnia, change in medications, or dehydration.

Other than medications, physical activity is very useful in slowing down the progression of the disease and the decline in quality of life. The earlier the patient starts exercising, the better, as long as it makes up 2.5 hours a week or more. Exercise appears to benefit not just motor functions but also improves sleep and cognitive function.

Another myth is about levodopa, the most commonly used and effective drug used to correct some motor symptoms of PD. Levodopa is a dopamine precursor, used because it can cross the blood-brain barrier and thus provide dopamine directly to the basal ganglia of the brain, which controls motor activity. This is meant to compensate for the loss of dopaminergic neurons in the brain region called the substantia nigra.

The symptoms for which levodopa is of use include bradykinesia and rigidity, though an on-off phenomenon is commonly reported where symptoms increase or decrease unpredictably during the course of the day.

Over 80% of people, according to at least one study, thought levodopa lost effectiveness with disease progression, or with length of treatment. The truth is that levodopa becomes less effective over time because the enzyme that mediates its conversion to dopamine, namely, aromatic acid decarboxylase, is found in the substantia nigra neurons, which are the ones lost as PD progresses. However, levodopa still retains efficacy, though in reduced measure, for decades.

Motor symptoms occur only after the loss of 50% to 80% of striatal dopaminergic terminals. As this loss continues, particularly of presynaptic terminals that regulate synaptic dopamine at stable long-lived concentrations, the latter will begin to fluctuate. This will be the cause of dyskinesia or clinical fluctuations, respectively.

This being the natural course of the disease, doctors no longer recommend waiting until the disease is advanced to start levodopa because it is clear that there is no temporal relationship between the decline in efficacy and the duration of treatment. However, the effect might wear off sooner over time.

As age advances, too, the basal ganglia become less responsive to levodopa because of age-related changes. Moreover, with increasing disease duration, the non-dopaminergic also neurons tend to break down, affecting linked neurons in the circuit.

Early in PD, levodopa brings on a cumulative effect that may last longer, but after years, each dose produces an improvement that is shorter-lived. It is important to realize that this reflects disease duration rather than the duration of levodopa treatment.

The loss of nerve terminals cannot be arrested at present, but dose adjustments to match the duration of the response, along with finding the optimal dose at the current stage of the disease, should help the patient find a stable level of control. Again, there is no maximum level of levodopa, so the need to reduce the individual dosages if doses are to be taken more often is another myth.

Must be Taken with Food

Levodopa tended to be used in higher doses earlier in the century, causing nausea due to the higher circulating levels of dopamine and allowing dopamine to enter the brain stem nausea center. Later, it was discovered that inactivating the peripheral dopa decarboxylase enzyme by carbidopa (or benserazide) was an effective way to deliver equivalent doses of dopamine to the brain at lower overall dosage levels.

Nausea associated with higher doses of levodopa may have led to advice to take the drug with food. Today, however, with lower doses, it is recommended that the drug be taken on an empty stomach to promote adequate passage through the blood-brain barrier since high concentrations of amino acids could interfere with this process. In only a few cases is the resulting nausea severe enough to interfere with the treatment.

Levodopa was earlier thought to increase neurotoxicity via oxidative processes, but the evidence points to the contrary. Not only has levodopa increased longevity among patients, but the longer the delay before levodopa was initiated, the higher the mortality rates.

Some people also think that levodopa worsens PD symptoms. The truth here is that levodopa may bring on dyskinesia in advanced PD, and young-onset PD (before the age of 40 years). Again, this is not related to how long the patient has been taking the drug.

In fact, a large trial showed that compared to placebo, levodopa was beneficial in PD patients. Only one in seven patients older than 70 years developed dyskinesia within 5 years of starting levodopa. Moreover, reducing the dose of levodopa can stop dyskinesia by bringing the levodopa levels below the threshold that provokes dyskinesia.

Dopamine agonists like ropinirole and pramexipole received a build-up from the pharmaceutical establishment which nearly displaced the carbidopa/levodopa combination from the shelves, despite the proven efficacy of the latter. These newer drugs are not nearly as strong in their effectiveness as levodopa, due to their low affinity for most of the dopamine receptor types in the striatal region.

Moreover, they have a higher incidence of adverse effects, including compulsive behavior and hallucinations, as well as sleepiness.

Levodopa does not cause hallucinations. These are signs of PD progression, since levodopa does not, unfortunately, modify the course of the disease but only helps control the symptoms. In fact, stopping non-levodopa medications, notably dopamine agonists, monoamine oxidase B (MAO-B) inhibitors, amantadine, anticholinergics with central action, opioids, and muscle relaxants, usually resolves the hallucinations, allowing monotherapy with carbidopa/levodopa. Hallucinations may occur with PD-dementia, often provoked by drugs that act on the brain.

Levodopa does not induce sleep disturbances, which are usually due to restless legs syndrome, akathisia, stiffness, or the inability to turn over in bed with ease. Thus, treating the disease may improve these symptoms and enhance sleep quality. As the disease progresses and the response to levodopa becomes short-lived, treatment timings may be altered to allow better sleep, such as giving a full dose an hour before bedtime, and repeating the dose during the night if PD-related awakening occurs.

Levodopa does not bring on dementia or increase disability, but in fact, these symptoms are related to the duration of the disease itself. Finally, disease-related changes in the substantia nigra have not been recorded in PD after the use of levodopa. 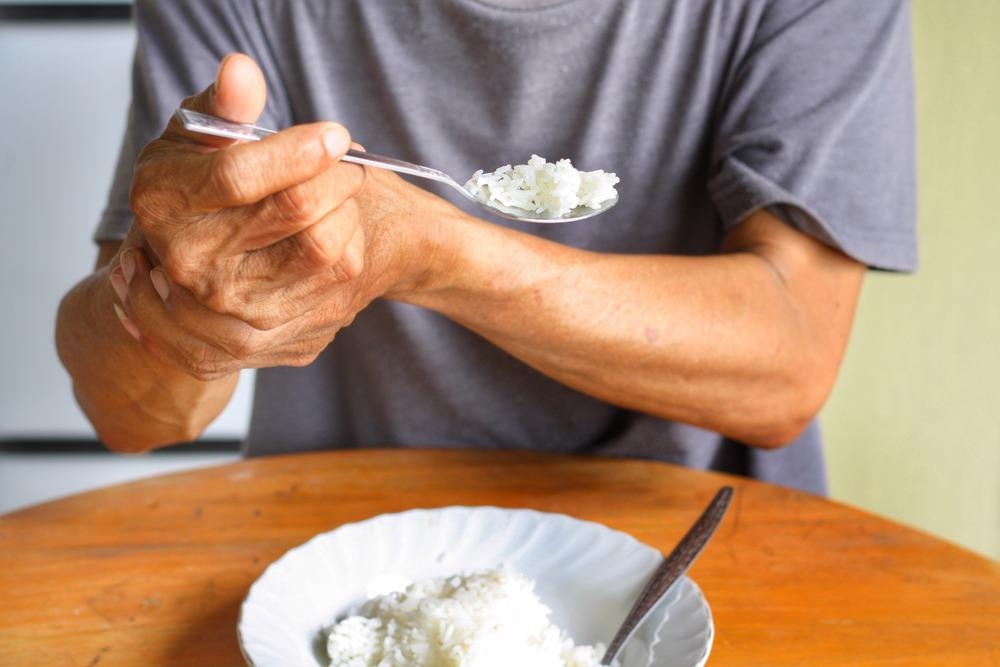 If levodopa therapy is deferred because of the fears of the above events, it will be necessary to tell the patient that the course of the disease is inexorable, irrespective of the duration of levodopa treatment. Says an expert with long experience in treating PD patients: “Saving levodopa for later or limiting the dose does not confer later benefits. Rather, such strategies potentially impair function during the early to middle years of PD, when optimum treatment may come close to normalizing function; thus, years of good-quality life may be lost.”