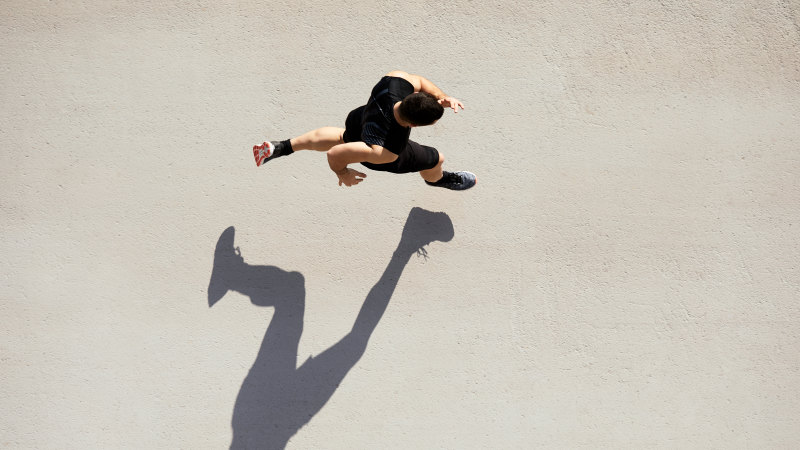 I eat my vegetables, but I am guilty of thinking you can have your cake and eat it too, so long as you exercise enough.

So too, did Melody Ding, an associate professor from the Charles Perkins Centre at the University of Sydney. That was until she conducted her latest study. 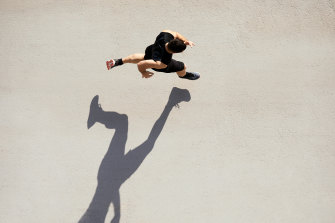 We can’t ‘outrun’ the effects of a bad diet, say the authors of a large new study.Credit:Getty

“I am very active, and I eat generally healthy, but sometimes I do feel that I could ‘relax’ a bit because of how active I am,” says the epidemiologist and behavioural scientist. “I think many around me share the same feelings.”

When she looked at the research, however, she could only find several short-term studies. These suggested it was possible to mitigate some effects of a poor diet through exercise, with high-intensity exercise protecting against inflammation, insulin resistance and increased cardiovascular disease risk.

But Ding, and her team, wanted to know “the interacting effects” of diet and physical activity on long-term health and life-span.

For a new study, published in the British Journal of Sports Medicine on Monday, they examined the diets and exercise patterns of 360,600 British adults over the course of 11 years.

They looked at the amount of exercise each participant did in an average week and how vigorous it was, the idea being we might be able to “outrun a bad diet” with more vigorous exercise. And while diet can be measured in many ways, for this study, a “bad diet” consisted of low fruit and vegetable intake, no fish, and lots of red meat, especially processed meat.

It goes, perhaps without saying, that people with high levels of physical activity and a high-quality diet fared the best, reducing their risk of death from any cause by 17 per cent. Compared with people who had low levels of physical activity and a low-quality diet, they were also 19 per cent less likely to die from cardiovascular disease and 27 per cent from certain cancers.

The researchers explain that diet and exercise have complementary and interactive effects on energy, lipid, glucose and metabolic homeostatic processes.

Sadly, high levels of physical activity did not counteract the detrimental effects of a poor diet on mortality risk.

“I was secretly hoping for and expected a slight attenuation of the association between diet and mortality, but I did not find that,” Ding says.

Dr Dot Dumuid, a research fellow at the Alliance for Research in Exercise, Nutrition and Activity at the University of South Australia who was not involved in the study, says the research has “some strong points”.

“It’s used data from one of the world’s biggest datasets and the results were robust when they repeated the analysis in various ways to avoid certain biases,” Dumuid says.

“It is not surprising that the best outcomes were seen among those with a healthy diet and an active lifestyle. Putting the two together is undoubtedly better than only having one.”

But, she adds, there are limitations, including the omission of information about junk food and soft drink intake.

Need more motivation? Helpful articles to get you moving.

This may matter because many athletes, and people who regularly exercise vigorously, may have generally healthy diets but still bump up their energy intake with chocolate bars and sweetened drinks.

Including that data may have been more representative of the diets of “sporty types who do lots of vigorous exercise”, Dumuid said.

Ding explains that fast food data was not available in the large sample of participants they looked at.

“Unfortunately, we can not answer the sweet and fast food questions, but hopefully future studies will,” she says.

Still, Ding says, this new research helps to clear up a fantasy some of us have about having our cake and eating it too.

“Independent of each other, both diet and physical activity are critical to health and longevity,” she says. “One should not feel that if they cannot have a healthy diet they should give up on physical activity as well and vice versa. However, if possible, try to do both things right.”

Related posts:
11/07/2022 Health News Comments Off on You can’t exercise your way out of a bad diet, study shows
Categories
Recent Posts