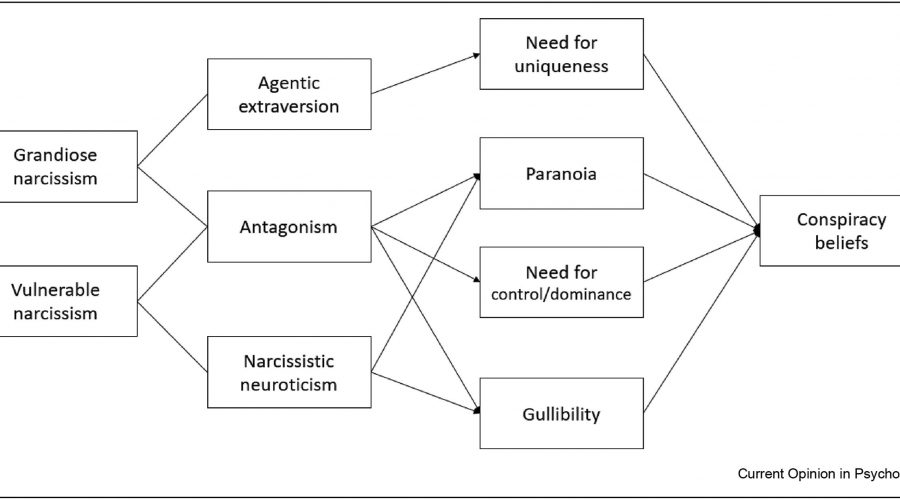 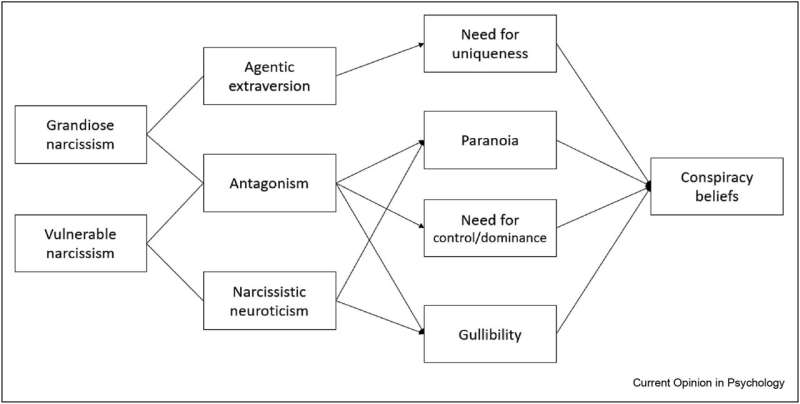 A trio of researchers from the University of Kent, the Polish Academy of Sciences and the University of Cambridge believe they may have discovered why narcissists are more likely to believe conspiracy theories than other people. In their paper published in the journal Current Opinion in Psychology, Aleksandra Cichocka, Marta Marchlewska and Mikey Biddlestone describe characteristics of narcissistic people that may cause this.

As the pandemic has worn on and politics have heated up in many countries around the world, conspiracy theories have become a mainstream topic of conversation. Such thinking is nothing new, of course; what has changed is how easily it spreads via social media. Over the past several years, multiple studies have shown that narcissistic people are more susceptible to believing conspiracy theories. In this new effort, the researchers have sought to explain why that might be.

Narcissists, as described by the psychology community, hold beliefs about their own superiority and entitlement that place them above average people. Prior research has also shown that people with narcissism tend to have three specific traits: neuroticism, antagonism and agent extraversion. And it is these three traits, the researchers argue, that make narcissists so susceptible to conspiracy theories.

Related posts:
22/09/2022 Health News Comments Off on Why narcissists are more likely than others to believe in conspiracy theories
Categories
Recent Posts