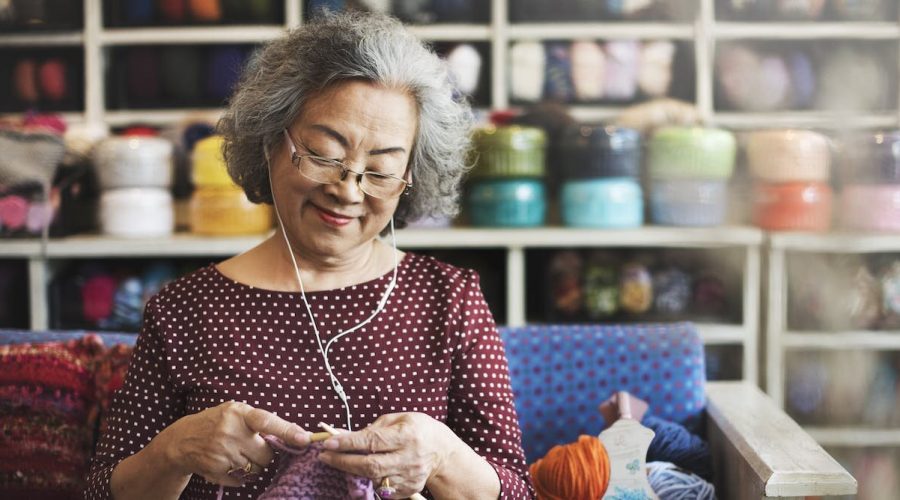 The world seems to be obsessed with aging. The media is plagued with articles about the costs of growing older, the cure to aging and secrets to aging successfully. Alongside these concerns, we strive to age gracefully or become “cognitive super-agers”—people whose brains function like those of a much younger person.

Not everyone fears aging. There are also those who embrace it, and suggest that, instead of viewing aging as something to overcome, we should view it as “second adulthood”—an opportunity in life after retirement, to complete, consolidate and share experiences of lives that were meaningfully lived. But even in embracing aging, we seem to be defensive about it.

The media is largely responsible for creating and driving ageist stereotypes of older adults. An analysis of more than one billion entries in British and American media databases found that negative aging descriptions were six times higher than the positive descriptions.

For example, a study about how older adults were portrayed in news media covering disasters in Canada showed a mismatch in communication between journalists and the older individuals whose stories were reported.

The media portrayed older adults on a spectrum from vulnerable to heroic. By focusing on narratives of the brave older adult fighting for their home, journalists diverted the attention from the real need for disaster relief.

COVID-19 exposed the consequences of media ageism as well. One study found that news coverage of older adults in New Zealand treated them as a nameless, homogeneous group who were at risk and passive. The consequence of such messaging became evident in high rates of insensitive and stigmatizing comments about older adults on Twitter. A cross-cultural study in the UK and Colombia showed that the older adults were also angered by the protective ageism exercised during COVID-19.

Our own investigation of the reactions on the social media to mainstream media articles about how older adults were coping with COVID-19 stress showed that older adults strongly objected to the writers’ assumptions about their coping needs. We also found a generational difference between parents and children in understanding older adult coping resources.

Helping older adults age successfully is now a worldwide research initiative. In 2021, the World Health Organization (WHO) announced a collaboration with the United Nations’ agenda called the Decade of Healthy Aging to improve the lives of older people and their communities.

According to the WHO, healthy aging means the ability to maintain mental and physical capacity for staying mobile and active, making decisions, building and maintaining relationships, and contributing to society.

At first glance, concerns with aging seem to be motivated by a good cause, but upon closer inspection these concerns can be problematic. By overemphasizing healthy aging, those who are unable to age successfully are implicitly stigmatized.

As gerontologist Tracey Gendron argues in her book Ageism Unmasked, overstating the necessity of retaining independence and functionality in later years of life gives rise to ageism.

Robert Neil Butler, the founding director of the National Institute on Aging, coined the term “Ageism” in 1969. In his highly cited article “Age-Ism: Another Form of Bigotry,” he wrote:

“We have chosen mandatory retirement from the work force and thus removed the elderly from the mainstream of life. Ageism is manifested in the taunting remarks about “old fogeys” in the special vulnerability of the elderly to muggings and robberies, in age-discrimination in employment independent of individual competence, and in the probable inequalities in the allocation of research funds.”

Ironically, to further emphasize the necessity of increasing funding for studying aging, Butler reverted back to highlighting the narrative of age-related deficit: “persons 65 years of age and over account for 25% of all public mental hospital admissions.”

This is the catch-22, or the double bind created by paradoxical messaging from the same source. Like Butler, most researchers that focus on aging justify their proposals based on age-related deficits.

In a recent literature review of assistive information technologies for healthy aging, we found that the narrative of aging as a vulnerability or impending cost dominated the rationales for conducting research.

A multinational study of self-ageism shows that self-ageism—internalized prejudices against one’s own age—is culturally grounded.

Yale health professor Becca Levy has extensively researched the adverse effects of self-ageism on both mental and physical health. Beliefs about aging shape all aspects of our lives.

Those who study successful aging are well aware that age—as a generalizing variable—does not predict the capacities or needs of older study participants. But then why do we keep using age as a numerical or categorical index?

This catch-22 is a conflict in communication—the words researchers use to communicate their goals matter. If researchers wish to address the growing needs of older populations in a meaningful way and create effective assistive care strategies, they should stop sampling by age and start sampling by needs instead. To lock individuals into the narrative of age as a vulnerability means inevitably creating ageist stereotypes.

Provided by
The Conversation

This article is republished from The Conversation under a Creative Commons license. Read the original article.