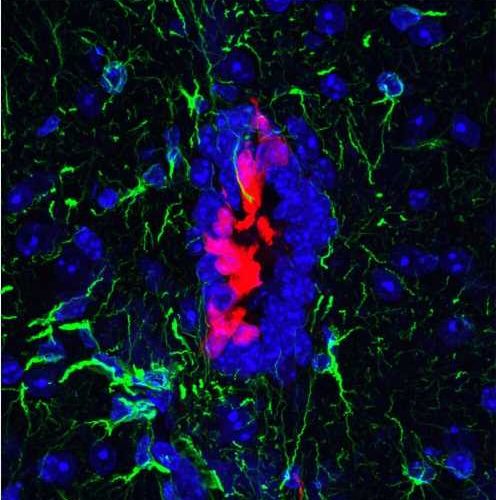 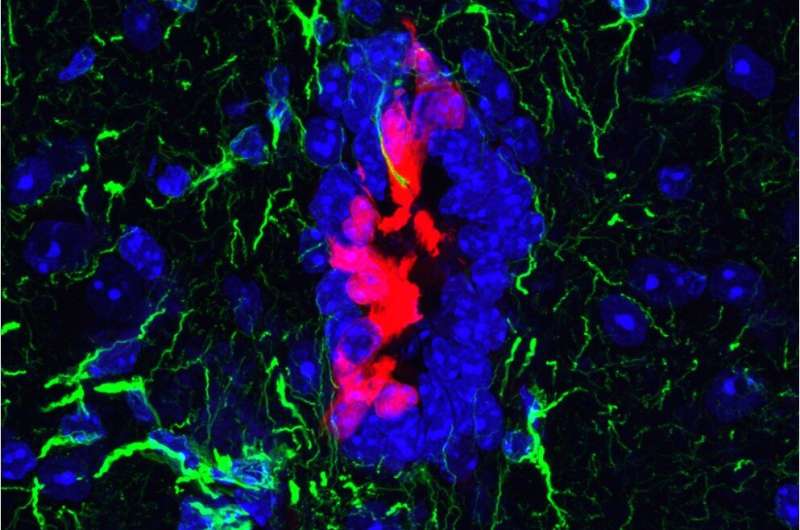 Scientists at the Francis Crick Institute have identified a group of latent stem cells that respond to injury in the central nervous system of mice. If a similar type of cell exists in humans, they could offer a new therapeutic approach to treat brain and spinal cord injuries.

After disease or injury, stem cells help repair the damage by replacing cells that have died. In some organs, like the skin and intestine, these stem cells are constantly active, while in others, so called “latent stem cells” lie waiting for harm to occur before being triggered into action.

In their study published in Developmental Cell today, the researchers identified a group of latent stem cells in the central nervous system of mice. These are part of the ependymal cells that line the walls of compartments in the brain and spinal cord that hold cerebrospinal fluid.

The cells were identified by chance when the team used a fluorescence tool to look for immune cells called dendritic cells in the brain. The ependymal cells that the tool identified were found to arise from embryonic progenitor cells that shared a same protein as dendritic cells on their surface, which revealed them to the scientists.

Working with neuroscientist colleagues at the Francis Crick Institute and developmental biologists at the Institute of Molecular Medicine in Lisbon, they found that in healthy mice, these cells stay still and waft small hairs on their surface to help the flow of cerebrospinal fluid.

However, in injured mouse spinal cords, these cells responded by dividing, migrating towards the damaged area and differentiating into astrocytes, one of the major cell types of the nervous system.

The team also looked at these cells in detail in the lab and found they demonstrated key hallmarks of stem cell behavior. They divided continuously over a long period of time, and were also able to differentiate into all three main cell types of the central nervous system—neurons, astrocytes and oligodendrocytes.

Bruno Frederico, co-corresponding author and postdoctoral training fellow in the Immunobiology Laboratory at the Crick says, “While we don’t know if these cells exist in humans, if they do, it would be interesting to see if they also default to becoming astrocytes rather than neurons in response to damage. This might help explain why the mammalian central nervous system does not have a strong ability to repair itself after injury.

“If we could find a way to overcome the barriers that are stopping the differentiation into neurons and oligodendrocytes after spinal cord injury, it could present a new avenue of therapies to treat spinal cord injuries.”

The researchers suggest that unlocking the potential of these cells could help the body produce new neurons, which are responsible for receiving and sending key signals for movement, after spinal injury.

Caetano Reis e Sousa, co-corresponding author and principal group leader at the Crick, says, “There was uncertainty over whether ependymal cells can have neural stem cell capabilities, but this study underscores their potential.