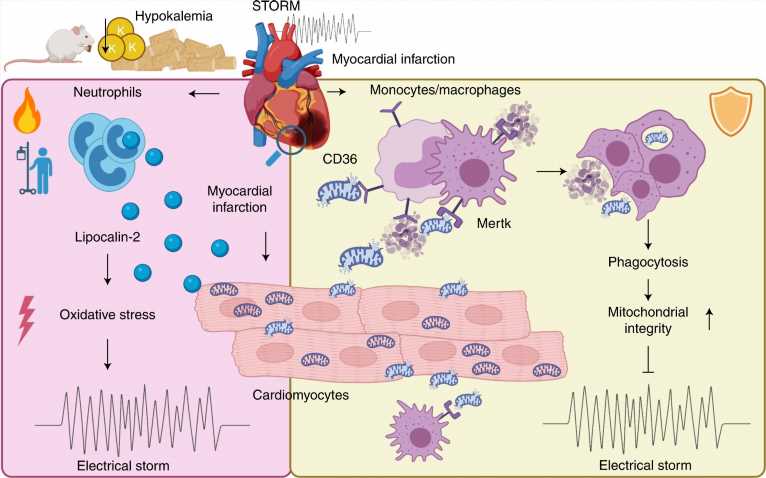 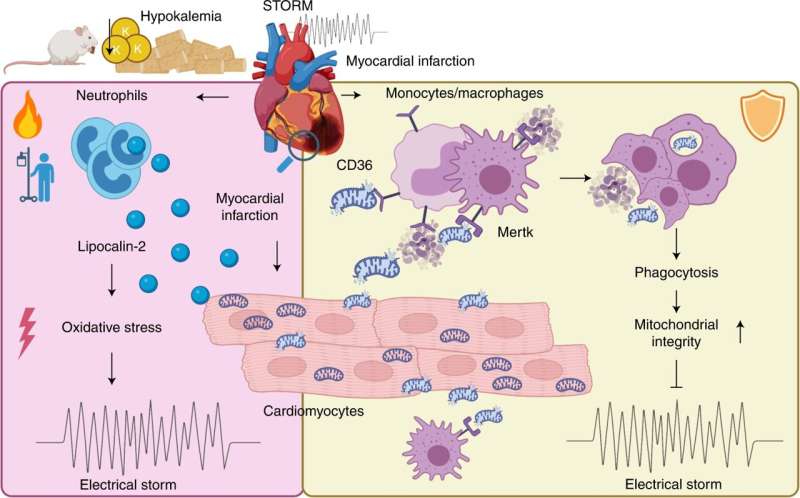 The work, which is published in Nature Cardiovascular Research, is based on the knowledge that cardiac conditions (such as heart attacks) that increase the risk of VT and other heartbeat irregularities lead to massive changes in the white blood cell populations surrounding the heart.

“This is a major step forward because now we can study how different white blood cell subclasses influence heart rhythms. It is also clinically relevant because every fifth patient who experiences a heart attack has low blood potassium levels, and these patients are known to be particularly likely to develop heartbeat irregularities, or arrhythmia.”

The team’s experiments demonstrated that among the different white blood cell types, neutrophils promote VT while macrophages protect against it. “Inflammatory neutrophils give rise to arrhythmia by compromising the electrical function of heart muscle cells called cardiomyocytes,” explains Nahrendorf.

“Macrophages, which take up debris, are protective, and deleting them gave rise to electrical storm in mice with low potassium levels who experienced a heart attack. Indeed, these mice were more likely to die from arrhythmia.”