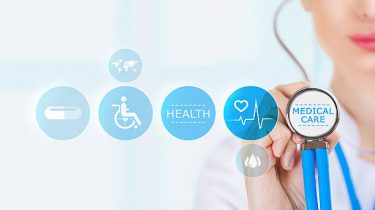 Rubbing hands with ethanol-based sanitizers should provide a formidable defense against infection from flu viruses, which can thrive and spread in saliva and mucus. But findings published this week in mSphere challenge that notion — and suggest that there’s room for improvement in this approach to hand hygiene.

The influenza A virus (IAV) remains infectious in wet mucus from infected patients, even after being exposed to an ethanol-based disinfectant (EBD) for two full minutes, report researchers at Kyoto Profectural University of Medicine, in Japan. Fully deactivating the virus, they found, required nearly four minutes of exposure to the EBD.

The secret to the viral survival was the thick consistency of sputum, the researchers found. The substance’s thick hydrogel structure kept the ethanol from reaching and deactivating the IAV.

“The physical properties of mucus protect the virus from inactivation,” said physician and molecular gastroenterologist Ryohei Hirose, Ph.D, MD., who led the study with Takaaki Nakaya, PhD, an infectious disease researcher at the same school. “Until the mucus has completely dried, infectious IAV can remain on the hands and fingers, even after appropriate antiseptic hand rubbing.”

The study suggests that a splash of hand sanitizer, quickly applied, isn’t sufficient to stop IAV. Health care providers should be particularly cautious: If they don’t adequately inactivate the virus between patients, they could enable its spread, Hirose said.

The researchers first studied the physical properties of mucus and found — as they predicted — that ethanol spreads more slowly through the viscous substance than it does through saline. Then, in a clinical component, they analyzed sputum that had been collected from IAV-infected patients and dabbed on human fingers. (The goal, said Hirose, was to simulate situations in which medical staff could transmit the virus.) After two minutes of exposure to EBD, the IAV virus remained active in the mucus on the fingertips. By four minutes, however, the virus had been deactivated.

Previous studies have suggested that ethanol-based disinfectants, or EBDs, are effective against IAV. The new work challenges those conclusions. Hirose suspects he knows why: Most studies on EBDs test the disinfectants on mucus that has already dried. When he and his colleagues repeated their experiments using fully dried mucus, they found that hand rubbing inactivated the virus within 30 seconds. In addition, the fingertip test used by Hirose and his colleagues may not exactly replicate the effects of hand rubbing, which through convection might be more effective at spreading the EBD.

For flu prevention, both the Centers for Disease Control and Prevention and the World Health Organization recommend hand hygiene practices that include using EBDs for 15-30 seconds. That’s not enough rubbing to prevent IAV transmission, said Hirose.

The study wasn’t all bad news: The researchers did identify a hand hygiene strategy that works, also sanctioned by the WHO and CDC. It’s simple: Wash hands, don’t just rub them. Washing hands with an antiseptic soap, they found, deactivated the virus within 30 seconds, regardless of whether the mucus remained wet or had dried.