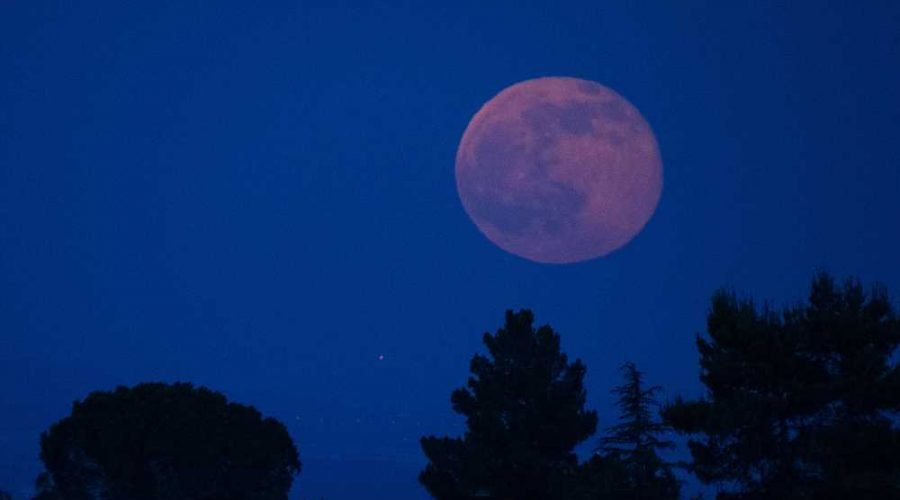 A full “Strawberry Moon” will be visible across North America if skies are clear. But don’t expect it to look anything like the fruit it’s named for.

The full moon in the month of June got the nickname “Strawberry Moon” from the Algonquin tribes of Native Americans who lived in Eastern North America, according the Old Farmer’s Almanac. They used a lunar calendar to track the changing of the seasons and the June full moon often aligned with the best time to harvest wild strawberries in the region.

RELATED: Meteor from a Solar System Light Years Away May Have Hit Earth

June’s biggest moon is also sometimes known in European history as the “Mead Moon” or the “Honey Moon.” The latter inspired the common name for a post-wedding vacation, as many marriages traditionally occur in June.

Other celestial events’ names have similar backstories based in the natural world. May’s full moon is known as the “Flower Moon,” simply because it’s typically the month when flowers bloom. And April’s is known as the “Pink Moon” because it occurs around the peak bloom of “moss pink” or wild ground phlox — a bright pink wildflower that is one of the first flowers of spring.

WATCH THIS: One Lucky Couple Makes ‘Supermoon Sunday’ a Night to Remember!

According to the Almanac, the “Strawberry Moon” is visible both Sunday and Monday nights. It reached its peak around 4:41AM on Monday, but will still appear at nearly its full size from dusk until dawn on Monday night.

Related posts:
17/06/2019 Health News Comments Off on There Will Be a Full Strawberry Moon Visible Tonight — But What Is It?
Categories
Recent Posts