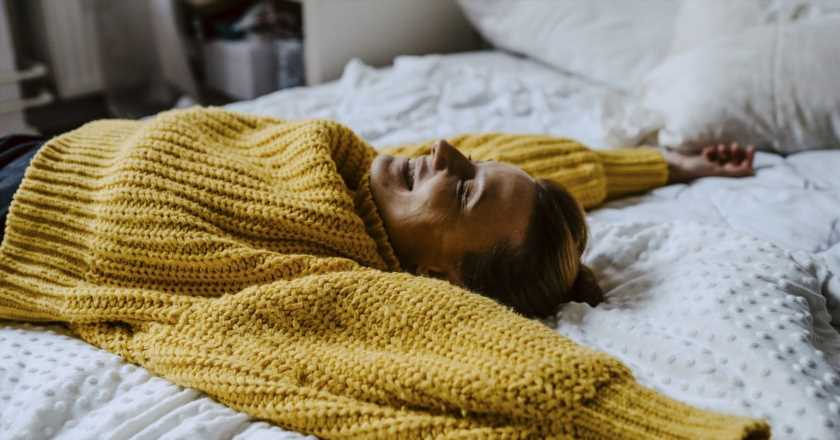 If you haven’t kicked off January bright-eyed, bushy-tailed and packed with energy each morning, this could be why.

If you had to use just one word to describe how you’re feeling right now, would it be drained? Yes, it’s January and plenty of people will still be fully tapped into the fresh slate energy that comes with a new year, but there are also many who are electing to take things a little bit easier during the first week back.

If even after a festive rest you’ve found it harder to jump out of bed this week, you’re likely wondering why. Is it the darker mornings or sharp return to packed days and busy social schedules after time away? Could it be down to the increased Christmas alcohol intake or still recovering from the disruption of nights spent sleeping in a bed that isn’t your own?

New research published in journal Nature Communications sets out several key factors that predict your daily alertness level. Researchers found that “sleep inertia” – aka the inability to transition effectively to a state of cognitive alertness after waking – was impacted most strongly by how well we sleep, levels of physical activity and what we eat for breakfast, rather than genetics, as was previously suggested.

“How alert you feel each morning in the hours following awakening is not predetermined – it is not strongly genetic,” head scientist Raphael Vallat told PsyPost of the experiment. “Instead, we have discovered that there are a set of specific factors that are very much under your control (unlike genes), which determine how efficiently you return to consciousness each day, and then maintain that alert concentration.”

How to be a morning person: “I tried a 30-day morning routine challenge, and here’s how it made me more motivated”

How to feel more alert, according to science

Get a good night’s sleep

Perhaps most obviously, researchers found that nights when participants slept longer than usual and those when they woke up later than usual resulted in higher degrees of alertness the following morning. They explained this through bodily circadian rhythms and longer sleep providing a better chance for REM phases (aka deep sleep) as both of these are known to reduce sleep inertia.

We all know how important a good night’s sleep is for both our minds and bodies. Not only do we want to feel better when we wake up in the morning, it’s incredibly important for our health and lifestyle. Impaired daytime alertness, which is often associated with insufficient sleep, is related to loss of productivity at work, absence from work and an increased use of healthcare services.

Mental health: why ‘social jetlag’ could be to blame for your struggle to get back into the swing of things after Christmas

Greater alertness was also found to be associated with doing more physical activity the day before. It makes sense: the more energy we have exerted the day before, the better we will sleep and the fresher we might wake up.

According to NHS guidance, adults should aim to do strengthening activities that work all the major muscle groups (legs, hips, back, abdomen, chest, shoulders and arms) on at least two days a week and complete at least 150 minutes of moderate intensity activity or 75 minutes of vigorous intensity activity a week. They should also reduce time spent sitting or lying down and break up long periods of not moving with some activity.

The researchers found that when individuals consumed a breakfast meal consisting of a higher amount of carbohydrates with limited sugar (compared to a standard breakfast with 40% of calories from fat, 50% from carbohydrates and 10% from protein), they experienced higher levels of alertness after eating. Interestingly, a high protein breakfast, on the other hand, resulted in a diminished level of alertness following sleep compared to the standard breakfast.

What’s more, the researchers suggested that beyond day-to-day fluctuations in alertness within an individual, there are also large differences in baseline levels of morning alertness across different ages.

“Interestingly, older individuals felt on average more alert than younger individuals,” Vallat said. “This was an interesting finding, which might be related to another strong relationship we found in this study, that of happiness and alertness. The happier you are, the more alert you feel, on average.”

Related posts:
05/01/2023 Health News Comments Off on The 3 key factors that impact how alert you feel, according to science
Categories
Recent Posts