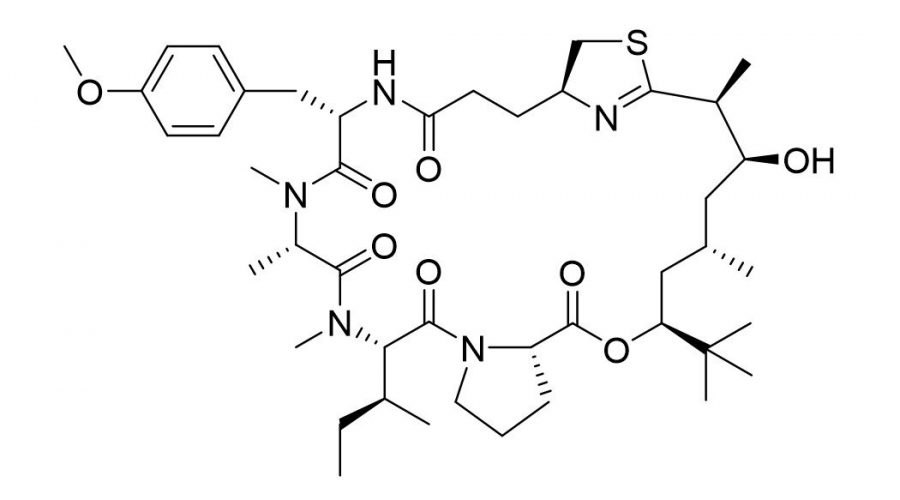 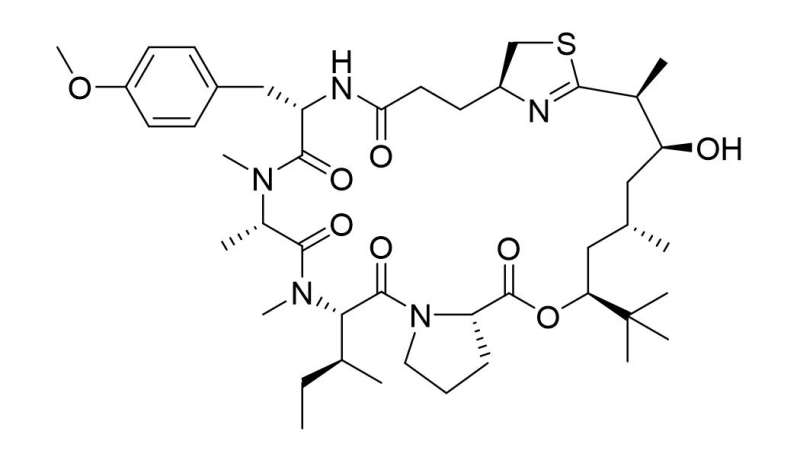 More than two years into the COVID-19 pandemic, people are realizing that the “new normal” will probably involve learning to co-exist with SARS-CoV-2. Some treatments are available, but with new variants emerging, researchers are looking toward new strategies. In ACS Infectious Diseases, scientists now report that apratoxin S4, an anticancer drug candidate that targets a human protein, can interfere with the replication of many viruses, including SARS-CoV-2 and influenza A, offering a possible pan-viral therapy.

Although COVID-19 vaccines exist, some people who received the shots have still become sick with the disease, and only a fraction of the world’s population is vaccinated. That means treatments are still needed, and a few are now available that target the virus’s RNA polymerase—the enzyme it uses to make more of its own RNA inside human cells. But some of these drugs, such as remdesivir, don’t work unless given at very early stages and can require injections.

In the hunt for new ways to treat COVID-19, various teams have revisited drugs that are already known to fight other diseases, a strategy called “repurposing.” One such preclinical stage compound is apratoxin S4 (Apra S4), which is a molecule based on a natural product that has anti-cancer activity. Previous studies have shown that apratoxins can target a human protein called Sec61, which ensures that certain proteins are properly glycosylated and folded correctly. Since viruses don’t have their own machinery to do this, they hijack the process and force human cells to make functional viral proteins. Sec61 is essential for the influenza A, HIV and dengue viruses to cause infection, so Hendrik Luesch and colleagues wondered if apratoxins could be a broadly effective, pan-viral medication that could also combat SARS-CoV-2.