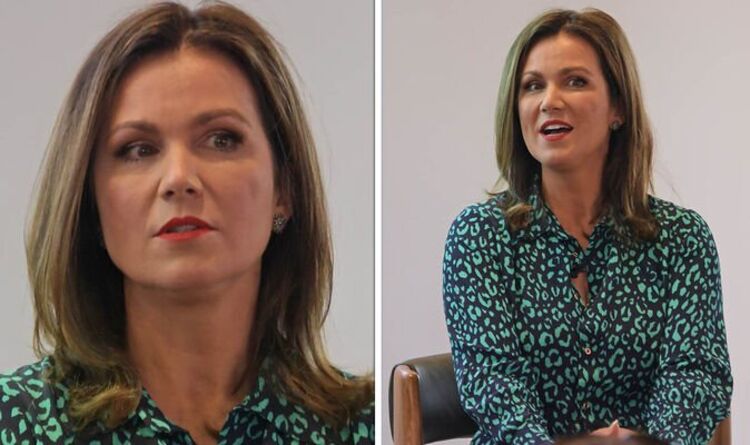 Susanna Reid tells Loose Women the sacrifices made for her kids

In the new ITV documentary, Reid interviews Carty, who was found guilty of the murder of a young mum whose baby she was allegedly planning to steal. Having served 20 years on death row already, Reid takes on the challenge of looking into the details of the trial to try and unveil some cracks in the case. The star began her broadcasting career back at the BBC, but it was in 2015 that she revealed she had been battling tinnitus – the perception of noises in the head and ear which have no external source – which has no cure.

The star began to suffer from the condition back in 2004 after the birth of her second son Finn, and throughout her career has revealed some of the irritating symptoms she constantly hears.

Back in 2013, when asked in an interview what “treasured item” she would wish to have again, Reid replied: “Silence. I’ve had tinnitus since Finn’s birth, which probably resulted from a difficult labour.

“When I first started hearing it, which was probably about ten years ago, I became quite distressed that I would never hear silence again.”

In another instance, the star took to social media to explain to her 861,000 followers that her condition was flaring up.

“The noise you used to hear when TV programming finished at the end of the day? That. In my head.”

The British Tinnitus Association explains that an individual may hear a ringing, buzzing, hissing, whistling or other noise in either one or both of their ears which can become extremely irritating, especially as it may vary in volume.

According to The Mayo Clinic, around 15 to 20 percent of people suffer from the condition – particularly older adults.

Occasionally people have tinnitus that can seem like a familiar tune or song. This is known as musical tinnitus or musical hallucination.

In other cases, some people have tinnitus which has a beat in time with their heartbeat. This is called pulsatile tinnitus.

As tinnitus is a symptom generated within the auditory system, it is usually caused by an underlying health condition such as:

Less common causes of tinnitus can include conditions such as diabetes, thyroid problems, migraines, arthritis and lupus.

The British Tinnitus Association states that “there is no cure for tinnitus,” but as Reid said herself, most people can deal with the condition on an everyday basis.

In a follow-up tweet in 2018, Reid said: “Yesterday was a bad tinnitus day, but I can deal with it mostly.

“If anyone out there needs support please contact @BritishTinnitus who have lots of good advice.”

In order to try and help cope with tinnitus, the NHS provides some key tips on what to do, these include the following:

For some individuals who may need further support, the British Tinnitus Association recommends cognitive behavioural therapy (CBT) as either standalone or combined with sound therapy.

CBT can help individuals to manage the effect that tinnitus has on their life by offering techniques that can help deal with anxiety and distress. It helps individuals to understand their thought process in relation to the condition so that their thoughts can become more positive.

Exercising and gaining a higher level of wellbeing can also help people to ignore and cope with tinnitus more easily. For individuals who are not used to exercising, the Association says to begin gently with a brisk walk or a swim. Trying a range of exercising to improve strength, cardiovascular fitness, suppleness and flexibility also has been successful in the past.

Related posts:
23/03/2022 Health News Comments Off on Susanna Reid health: ‘There is no cure’ – presenter on her battle with ‘bad’ condition
Categories
Recent Posts