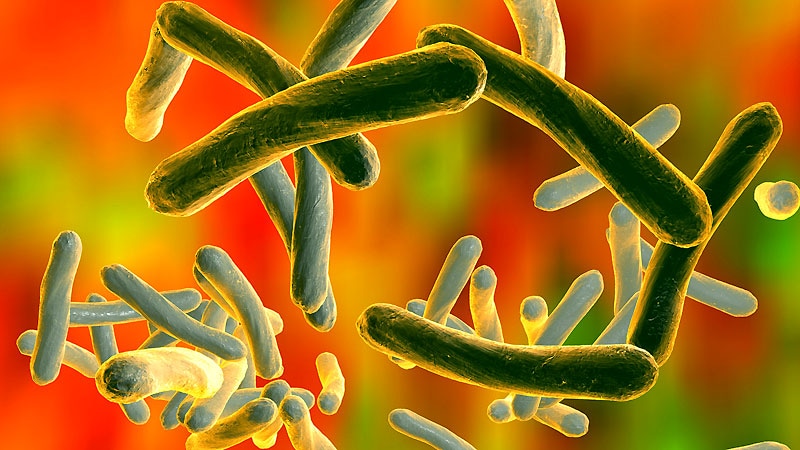 The study was published in The Lancet.

The Standard Treatment Regimen of Anti-tuberculosis Drugs for Patients With MDR-TB (STREAM) stage 2 study was a randomized, phase 3, noninferiority trial conducted at 13 hospital clinics in seven countries that had prespecified tests for superiority if noninferiority was shown. The study enrolled individuals aged 15 years or older who had rifampicin-resistant TB without fluoroquinolone or aminoglycoside resistance.

The study’s first stage, STREAM stage 1, showed that a 9-month injectable regimen was noninferior to the WHO’s 2011 recommendation of a 20-month injectable regimen. The 9-month regimen was recommended by WHO in 2016. That recommendation was superceded in 2020 when concerns of hearing loss associated with aminoglycosides prompted WHO to endorse a 9-month bedaquiline-containing, injectable-free alternative, the authors write.

STREAM stage 2 used a 9-month injectable regimen as its control. The investigators measured it against a fully oral 9-month bedaquiline-based treatment (primary comparison), as well as a 6-month oral bedaquiline regimen that included 8 weeks of a second-line injectable (secondary comparison).

The 9-month fully oral treatment included levofloxacin, clofazimine, ethambutol, and pyrazinamide for 40 weeks; bedaquiline, high-dose isoniazid, and prothionamide were given for the 16-week intensive phase.

The 6-month regimen included bedaquiline, clofazimine, pyrazinamide, and levofloxacin for 28 weeks, supplemented by high-dose isoniazid with kanamycin for an 8-week intensive phase.

For both comparisons, the primary outcome was favorable status at 76 weeks, defined as cultures that were negative for Mycobacterium tuberculosis without a preceding unfavorable outcome (defined as any death, bacteriologic failure or recurrence, or major treatment change).

Among 517 participants in the modified intention-to-treat population across the study groups, 62% were men, and 38% were women (median age, 32.5 years).

For the primary comparison, 71% of the control group and 83% of the oral regimen group had a favorable outcome.

In the secondary comparison, 69% had a favorable outcome in the control group, compared to 91% of those receiving the 6-month regimen.

Although the rate of grade 3 or 4 adverse events was similar in all three groups, there was significantly less ototoxicity among patients who received the oral regimen, compared to control patients (2% vs 9%); 4% of those taking the 6-month regimen had hearing loss, compared to 8% of control patients.

Exploratory analyses comparing both bedaquiline-containing regimens revealed a significantly higher proportion of favorable outcomes among participants receiving the 6-month regimen (91%) compared with patients taking the fully oral 9-month regimen (79%). There were no significant differences in the rate of grade 3 or 4 adverse events.

The trial’s main limitation was its open-label design, which might have influenced decisions about treatment change, note the investigators.

“The STREAM stage 2 fully oral regimen avoided the toxicity of aminoglycosides, and the 6-month regimen was highly effective, with reduced levels of ototoxicity. These two regimens offer promising treatment options for patients with MDR or rifampicin-resistant tuberculosis,” the authors write.

“A Revolution in MDR Tuberculosis”

“The authors must be commended on completing this challenging high-quality, phase 3, non-inferiority, randomised controlled trial involving 13 health-care facilities across Ethiopia, Georgia, India, Moldova, Mongolia, South Africa, and Uganda, and despite the COVID-19 pandemic,” noted Keertan Dheda, MD, PhD, and Christoph Lange, MD, PhD, in an accompanying comment titled, “A Revolution in the Management of Multidrug-Resistant Tuberculosis.”

Although the WHO recently approved an all-oral 6-month bedaquiline, pretomanid, and linezolid plus moxifloxacin (BPaLM) regimen, results from the alternate 6-month regimen examined in STREAM stage 2 “do provide confidence in using 2 months of an injectable as part of a salvage regimen in patients for whom MDR tuberculosis treatment is not successful” or in those with extensively drug-resistant (XDR) or pre-XDR TB, “for whom therapeutic options are few,” noted Dheda, from the University of Cape Town, in Cape Town, South Africa, and the London School of Hygiene and Tropical Medicine, London, United Kingdom, and Lange, from the University of Lübeck, in Lübeck, Germany, Baylor College of Medicine and Texas Children ́s Hospital, in Houston, Texas.

The study authors and the commentators stress that safer and simpler treatments are still needed for MDR TB. “The search is now on for regimens that could further reduce duration, toxicity, and pill burden,” note Dheda and Lange.

However, they also note that “substantial resistance” to bedaquiline is already emerging. “Therefore, if we are to protect key drugs from becoming functionally redundant, drug-susceptibility testing capacity will need to be rapidly improved to minimize resistance amplification and onward disease transmission.”

The study was funded by USAID and Janssen Research and Development. Goodall has disclosed no relevant financial relationships. Dheda has received funding from the EU and the South African Medical Research Council for studies related to the diagnosis or management of drug-resistant tuberculosis. Lange is supported by the German Center for Infection Research and has received funding from the European Commission for studies on the development of novel antituberculosis medicines and for studies related to novel diagnostics of tuberculosis; consulting fees from INSMED, a company that produced liposomal amikacin as an inhalative suspension for the treatment of nontuberculous mycobacterial pulmonary disease; speaker’s fees from INSMED, GILEAD, and Janssen; and is a member of the data safety board of trials from Medicines sans Frontiers, all of which are unrelated to the current study.

Kate Johnson is a Montreal-based freelance medical journalist who has been writing for more than 30 years about all areas of medicine,