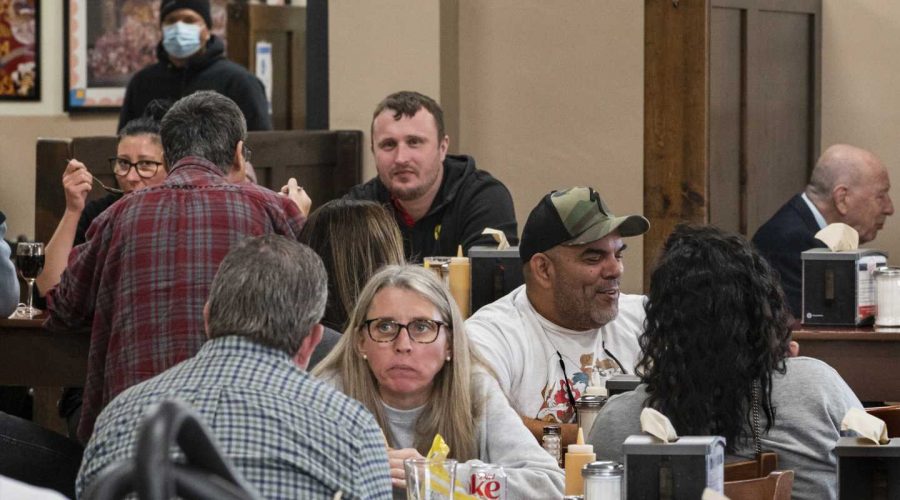 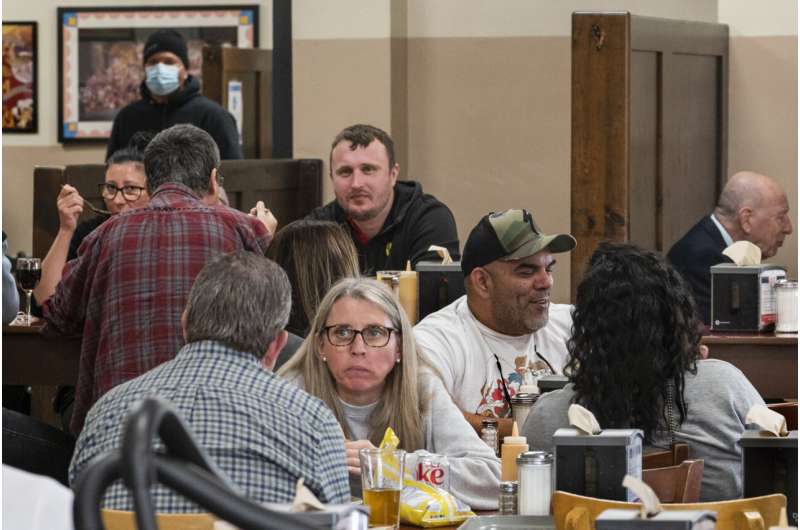 Grace Thomas is fully vaccinated against COVID-19 but still not ready to take off her mask, especially around the kids at the home day care she runs in Chicago.

But whether the children continue to wear masks remains to be seen after the Centers for Disease Control and Prevention announced that healthy people in most areas of the country can safely stop wearing masks as cases continue to fall.

Thomas, 62, plans to ask parents to have their children wear masks to prevent the day care from being a potential source of transmission, but “you can’t make them wear masks if they don’t want to,” she said.

Many Americans, including parents of school children, have been clamoring for an end to masking while others remain wary that the pandemic could throw a new curveball. Now, states, cities and school districts are assessing Friday’s guidance to determine whether it’s safe to stop mask-wearing—long after others threw out such mandates and many Americans ignored them.

Illinois Gov. J.B. Pritzker said that the statewide school mask mandate will be lifted Monday in response the the new guidance, although Chicago Public Schools officials said they will continue to require masks “to maintain health and safety measures.”

Los Angeles on Friday began allowing people who are vaccinated to remove their masks indoors, and Washington, D.C., had already said it would end its mask mandate on Monday. Washington state and Oregon plan to lift indoor mask mandates in late March. 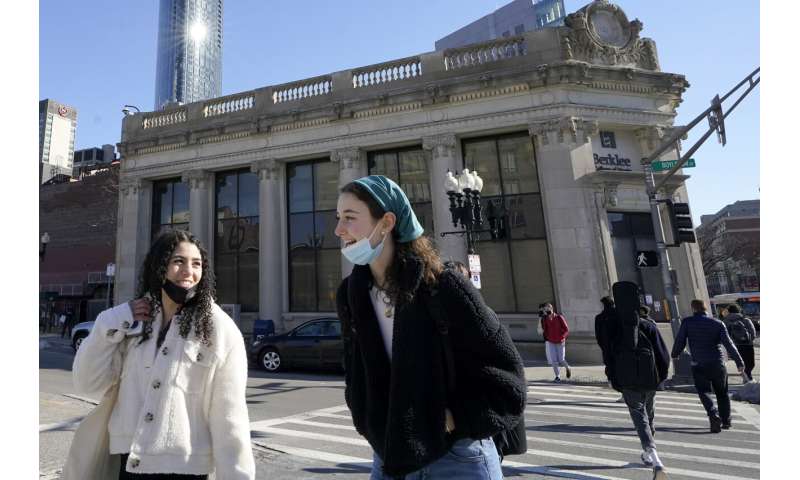 Christine Bruhn, 79, a retired food science professor at the University of California at Davis, said she’ll only take off her mask if she thinks it’s safe, usually around vaccinated friends. When she’s around a large group of strangers, “I’m wearing a mask,” Bruhn said.

“I have been vaccinated and boosted but I don’t want to get sick,” said Bruhn, who also said she’ll continue crossing the street to keep her distance from people without masks if she sees any of them walking toward her.

American Medical Association President Gerald E. Harmon said Friday that he would continue to wear a mask in indoor public settings and urged “all Americans to consider doing the same” because millions are susceptible to severe illness or too young to be vaccinated.

Still, many people appear to be done with masking.

Steve Kelly, a manager of Kilroy’s Bar & Grill in downtown Indianapolis, said it seems that neither employees nor customers think much about COVID since Indiana lifted a mask mandate for restaurants. 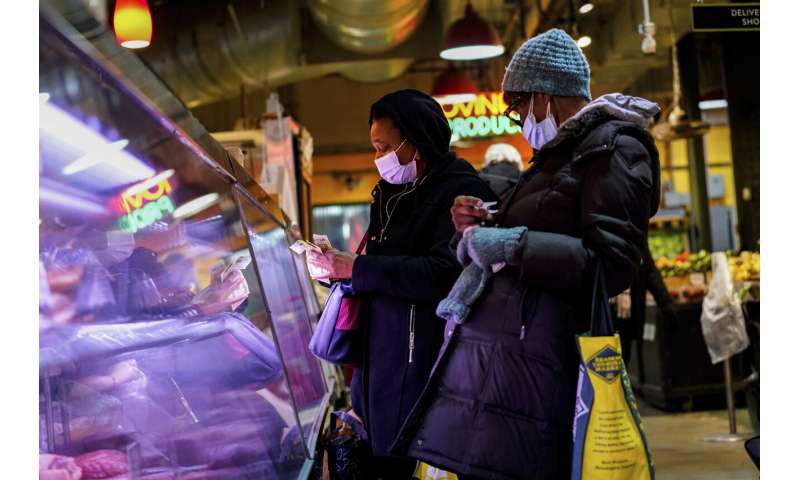 “It doesn’t seem like anybody is wearing masks,” he said of his customers, though a few employees still do. And he said people rarely get upset anymore.

“My daughter is 13 and she wears a mask. It’s her choice,” he said. “Nobody bothers her about it and she wouldn’t care if they did.”

In central Illinois’ Effingham County, mask-wearing—and the animosity between those who do and don’t—has plummeted, said David Campbell, vice chairman of the county board. He said about the only places he sees people wearing masks are hospitals and doctors’ offices.

“Eighty-five to ninety percent of the people you see on the street, in stores, restaurants, aren’t wearing them,” said Campbell, 61. “You used to hear people say, ‘Why aren’t you wearing masks?’ but you don’t anymore.”

Under the new guidance, the CDC says people can stop wearing masks if they live in counties where the coronavirus poses a low or medium threat to hospitals—accounting for more than 70% of the U.S. population.

The agency still advises people, including schoolchildren, to wear masks where the risk of COVID-19 is high, in about 37% of U.S. counties, where about 28% of Americans live. And those with COVID-19 symptoms or who test positive should wear masks, the agency said. 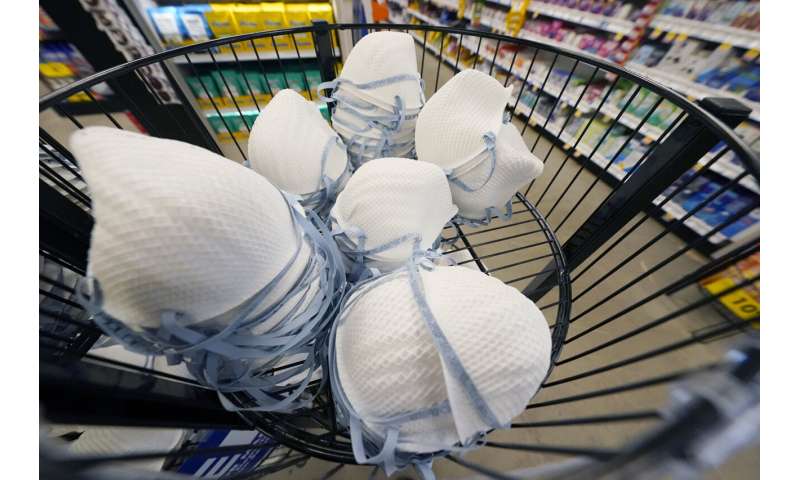 The recommendations do not change the requirement to wear masks on public transportation and in airports, train stations and bus stations, but the guidelines for other indoor spaces aren’t binding, meaning cities and institutions may set their own rules.

Two of the nation’s largest teachers unions weighed in, with American Federation of Teachers President Randi Weingarten calling the guidance “long-needed new metrics for a safe off-ramp from universal masking.” She said many students and teachers have struggled with COVID-19 restrictions.

Chicago high school teacher Sharon Holmes said she’ll continue to wear a mask while teaching and outside the classroom.