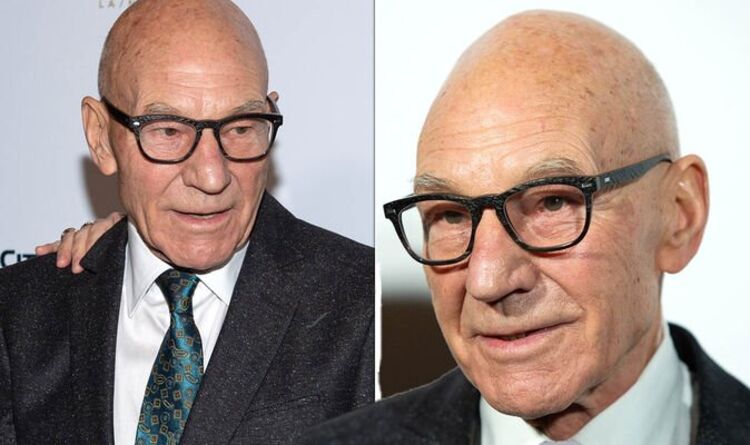 Sir Patrick Stewart apologises to Europe for Brexit in 2017

The actor who has been nominated for nearly every mainstream award for his craft, including an Emmy, Tony and Golden Globe turned his attention to mortality after he was diagnosed with heart disease. His diagnosis along with the death of a close female friend, which he described as “ghastly”, motivated Stewart to become a patron of Dignity in Dying – a campaign which aims to legalise assisted dying in the UK. Speaking about his unexpected diagnosis of heart disease, the star revealed that he was rushed to hospital for life-saving surgery.

Appearing on an episode of This Morning a few years ago, Stewart said: “I was diagnosed very unexpectedly during my annual physical by my cardiologist, who said ‘What are you doing this afternoon?’ To which I said ‘Well actually, I’m going for lunch.’ And he said, ‘I’d rather you didn’t.’

“And in five minutes I was on a gurney giving details of my next of kin and so it was rather dramatic.

“I didn’t have time to brood on it, but what I did know was that I was in the best possible hands I could’ve been in and I was going to be taken care of whatever the outcome.

Stewarts emergency surgery removed an 85 percent blockage in the heart and inserted a stent tube to keep the area clear and minimise clogging.

Following the procedure, the star had to see a doctor twice a year where they perform multiple tests including an angiogram – an X-ray that allows doctors to see your heart’s blood vessels.

Admitting that these bi-annual doctors visits are “always scary,” Stewart told the Sunday Times that the whole process has helped him to make up his mind on how he would like to die.

He added: “Should the time come for me… I would like there to be a choice I might make about how I die.

“There should be a path that people can take when they are terminally ill. It would seem to me to be a sensible thing.

“We know from polls that have been taken, that more than 84 per cent of adults in the United Kingdom support doctor assisted dying.”

The diagnosis that informed Stewarts decisions and opinions on assisted dying is a common one, with around 7.6 million people living with a heart or circulatory disease in the UK.

Even more than this, heart and circulatory diseases cause a quarter of all deaths in the UK – more than 160,000 each year.

Heart disease is a term used to describe a range of conditions that affect the heart including blood vessel disease, heart valve disease and heart infection.

The condition is caused by a blockage or interruption of the heart’s blood supply due to a build-up of fatty substances in the coronary arteries.

Over time, the walls of your arteries become “furred” up with fatty deposits. This process is known as atherosclerosis and the fatty deposits are called atheroma.

During this process, individuals may suffer from tell-tale signs of heart disease including:

Heart disease can only be diagnosed by a medical professional who will use a number of tests such as a blood test, CT scan and MRI scan to assess a patient’s condition.

Once diagnosed, heart disease cannot be cured, but treatment can help to manage the symptoms and reduce the chances of problems such as heart attacks and stroke.

Like Stewart explained, angioplasty procedure is used to open blocked coronary arteries caused by disease. It restores blood flow to the heart muscle without open-heart surgery. A tiny expandable metal mesh coil – known as a stent – is put into the newly opened area of the artery to keep it from narrowing or closing again.

Both before surgery and after, it is important for individuals to make major lifestyle changes to minimise the risk of arteries clogging up again. Changes such as getting regular exercise, stopping smoking and limiting alcohol intake can all help to reduce symptoms or prevent heart disease.