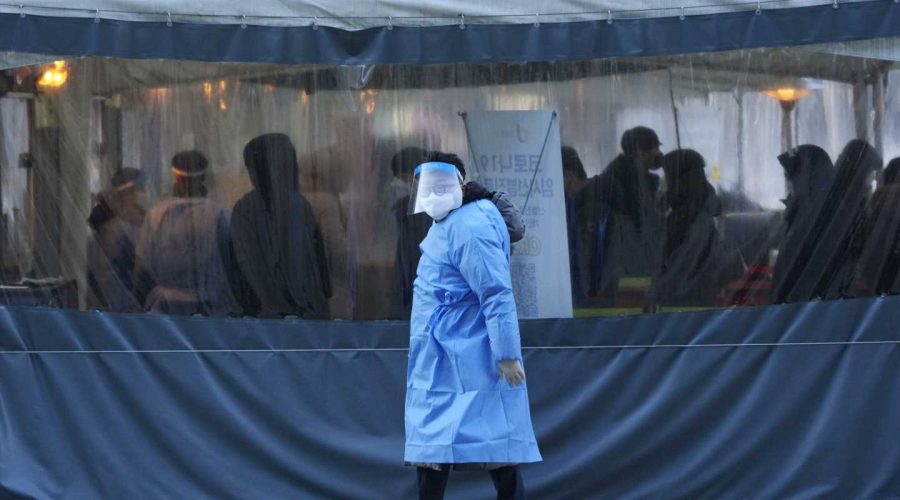 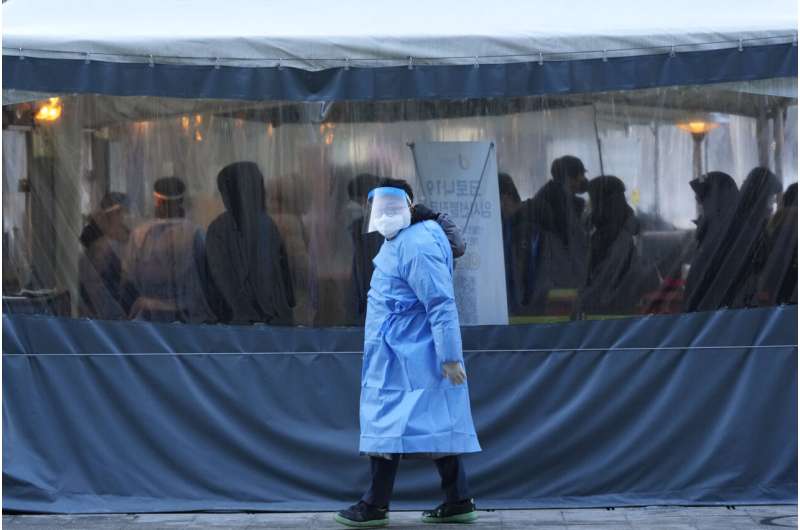 The 22,907 new cases reported by the Korea Disease Control and Prevention Agency marked a second straight day of over 20,000 new infections and about a five-fold increase from daily cases seen in mid-January, when the highly contagious omicron variant first became the country’s dominant strain.

Long lines snaked around testing stations in the capital Seoul and other major cities, where most people were provided rapid antigen test kits to use under the supervision of health workers, who then approved lab tests for anyone who tested positive.

Since the start of the pandemic, South Korea’s testing regime had centered on PCR lab tests, which are considered most accurate but require a large number of health workers to administer nasal and throat swabs, and high-tech machines to analyze samples.

The new testing regime that started Thursday expands the use of rapid testing and is aimed at saving PCR lab tests for high-risk groups, including people in their 60s and older or those with pre-existing medical conditions. 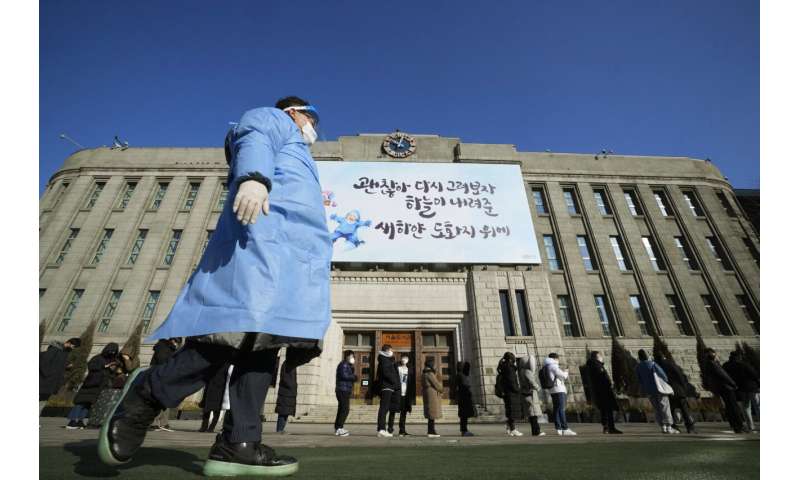 Some experts have opposed the new policy, saying that rapid tests aren’t sensitive enough to reliably detect omicron infections and raising concerns that transmissions could worsen if people who return false negative tests continue to venture out in public.

But health officials say the country must concentrate lab tests and other crucial medical resources due to the speed of infections driven by omicron. Officials are also expanding at-home treatments and have eased quarantine periods for virus carriers and people who come in close contact with them, citing concerns about major disruptions at workplaces and essential services if large numbers of people are constantly placed under quarantine.

While omicron is spreading much faster than previous versions of the virus, the rates of hospitalization and death have so far been lower than cases linked to delta, senior KDCA official Lim Sook-young said during a briefing. Virus patients in their 60s or older accounted for around 8% of recent infections, she said, possibly reflecting protection provided by booster shots.