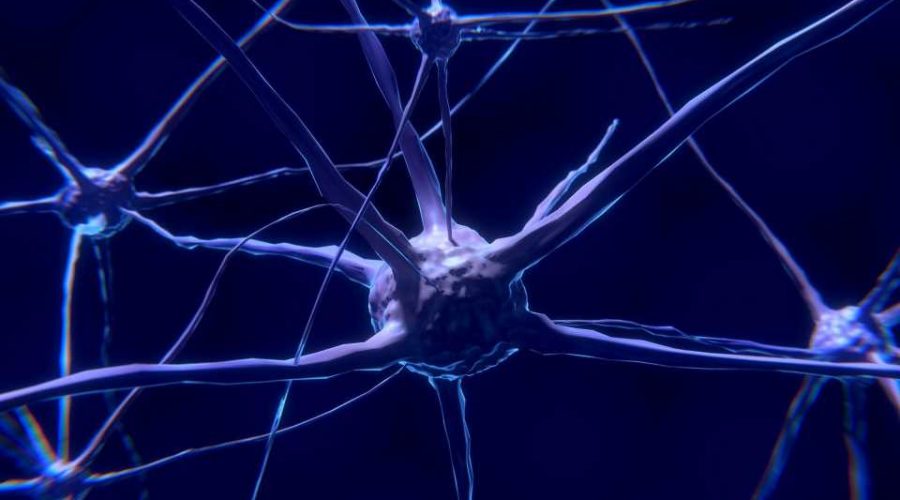 When we initiate an action in our everyday lives—chasing after a runaway napkin or getting out of the car—the brain releases a chemical messenger called dopamine that helps regulate the brain area that controls this action.

Dopamine signaling is a highly complex process, and one that scientists are eager to understand—especially given its role in movement disorders such as Parkinson’s disease.

Now, a team at Harvard Medical School has identified a new mechanism that underlies dopamine release in the brain. The research, conducted in mice and published March 24 in Science, shows that another chemical messenger called acetylcholine can trigger the firing of dopamine neurons by binding to a part of these neurons not previously known to initiate firing.

The findings reveal more about how the acetylcholine and dopamine systems in the brain interact, and challenge the existing dogma that signals are initiated at one end of neurons and flow to the other end, where they prompt the release of chemical messengers. More specifically, the research suggests that the axon of a neuron, which has traditionally been considered an output structure, can also initiate signaling.

If confirmed in further animal studies and then in humans, the discovery could inform new strategies for treating diseases such as Parkinson’s, in which dopamine signaling is disrupted.

“Defining the interactions of dopamine and acetylcholine is fundamental to understanding how the actions we perform in our daily lives are generated and modulated,” said senior author Pascal Kaeser, professor of neurobiology in the Blavatnik Institute at Harvard Medical School.

Neurons are specialized nerve cells that send and receive signals throughout the body. The signal transmission starts with a neuron receiving a chemical signal in its branched tentacles called dendrites at one end. Next, the nearby cell body—the cell’s command center—integrates the signal to induce firing, sending an electrical impulse, or action potential, along a long, thin projection called an axon to the far end of the cell. There, the action potential prompts the release of neurotransmitters, chemical messengers that flow to nearby neurons, carrying the message from one cell to the next. Dopamine and acetylcholine are among the most important neurotransmitters in the body. They are involved in the regulation of vital functions including voluntary and involuntary movement, pain processing, pleasure, mood, smooth muscle contraction, and blood vessel dilation, among many others.

Kaeser and his team study the striatum, a centralized cluster of neurons in the brain that integrates input from other brain areas to regulate everyday actions. The researchers are interested in how dopamine neurons, which sit in another region of the brain, the midbrain, but have axons that project into the striatum, communicate with the striatum to modulate its function.

The classic model of this process, Kaeser explained, is that dopamine neurons receive chemical signals in their dendrites in the midbrain, and their cell bodies send action potentials down their axons into the striatum, triggering dopamine release that modulates everyday actions. However, previous research established that this isn’t always the case. Sometimes, acetylcholine initiates dopamine release directly in the striatum, seemingly skipping several steps of the signaling process.

“We were fascinated by this because it’s a really strong mechanism, but how it actually works—how acetylcholine triggers the release of dopamine, this very important modulator that regulates commands in the striatum, was unknown,” Kaeser said.

To investigate this phenomenon in mice, Kaeser and his team used a microscope to analyze brain tissue in which the striatum had been separated from the other regions. They saw sparks of dopamine in the tissue, even though the dendrites and cell bodies of dopamine neurons in the midbrain were cut off from their axons in the striatum.

“This was really striking because it happens without cell bodies, so the neurons don’t have their command center, and it happens without stimulation; it just happens on its own,” Kaeser said. “This is spontaneous local triggering of dopamine release.”

In another set of experiments, the researchers explored the machinery involved. Previous studies revealed that axons on dopamine neurons have few sites for dopamine release, which are used when the cell body initiates an action potential. Kaeser and his team showed that those same sites are responsible for local dopamine release prompted by acetylcholine.

“This is really the heart of the mechanism: It tells you that providing acetylcholine is sufficient to trigger an action potential out of the axon, so you don’t need the dendrites of the neuron,” Kaeser said.

“This provides evidence that this mechanism plays in vivo as well, although more research is needed to understand how it affects striatal function and mouse behavior,” Kaeser said.

Although this localized mechanism is only one of three types of dopamine neuron firing in the brain, Kaeser considers it an important one—not least of all because it challenges conventional thinking on how neurons send and receive signals.

“I think the most important insight that comes from this work is that a local signaling system can initiate an action potential in the axon, which is an output structure,” Kaeser said. “This goes at a very old, core principle of how neurons work.”

It’s possible, Kaeser added, that the same mechanism may be used by other axons throughout the brain, especially those with acetylcholine receptors. “We have no direct evidence for that yet, but I do think that we may have to rethink how neurons integrate signals based on this work.”

“Now that we have clear evidence that this is happening, we can ask further questions about whether this type of signaling actually happens more commonly than we thought. We may be seeing just the tip of the iceberg,” added lead author Changliang Liu, a research fellow in neurobiology at HMS. Liu wants to understand why this localized mechanism of dopamine release is needed, and what advantages it offers over dopamine release initiated by the cell body.

Kaeser is also interested in exploring whether it’s possible to completely reverse the directionality of dopamine neurons by sending a signal back up the axon to the cell body and dendrites. If such a reversal can occur, it would further upend the classic view of how neurons function.

Although the study was done in mice, Kaeser noted that the components of the mechanism are conserved across species and are present in humans, suggesting that the mechanism may be present as well.

If the mechanism is confirmed in humans, the findings could eventually inform the development of new treatments for neurodegenerative disorders that affect movement, such as Parkinson’s disease. In Parkinson’s disease, dopamine neurons start to break down and dopamine levels drop, causing difficulty with walking, balance, and coordination, among other symptoms. Researchers may be able to figure out, for example, how to use acetylcholine neurons as a source of dopamine in the striatum, a strategy that could be used to restore falling dopamine levels.

“If we can define how the dopamine and acetylcholine systems interact, we will definitely better understand what happens when you take out dopamine neurons,” Kaeser said—a step that “is really important for understanding and treating Parkinson’s disease.”