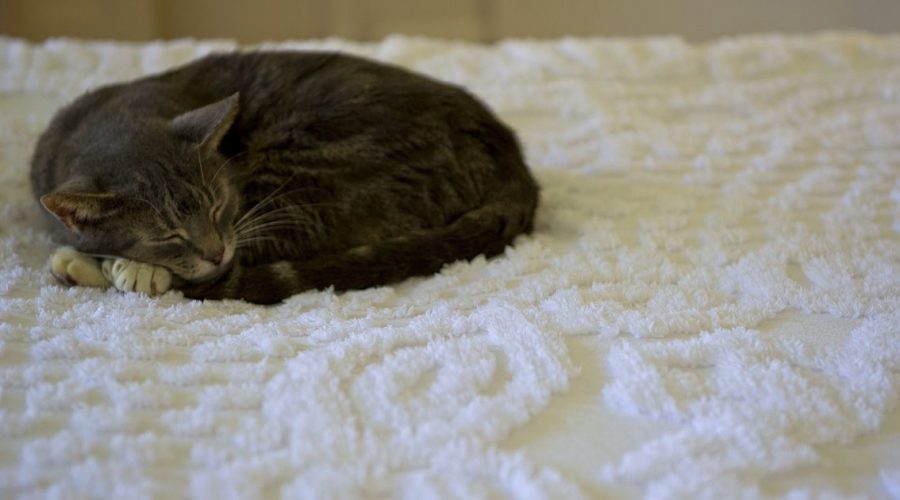 Sign up to TeamDogs for the best dog news, pictures and stories.

More than one in four cat and dog owners do not know their pet can develop age-related dementia.

The study of 2,000 cat and dog owners found many are unaware of early indicators, such as confusion, anxiety, restlessness, and a decreased desire to play – and half would not be confident identifying symptoms in their pet.

Almost two-thirds (62%) would put any significant behavioural changes in their pet down to them getting old.

Of those who currently or previously had an elderly cat or dog, a loss of appetite and decreased desire to play were the most common changes they had witnessed in their aging pets.

Although many have previously put changes in sleep cycle down to getting old – rather than considering the onset of dementia.

More than half admitted they would do whatever it takes to support their pet if it got diagnosed with dementia, as they consider them a part of the family.

The research was commissioned by Vets4Pets, to mark its inaugural Pet Dementia Day, taking place on Monday 7 March.

The day looks to shine a spotlight on the condition and raise awareness of the symptoms, so more pet owners feel confident in being able to detect early warning signs.

Dr Huw Stacey, Director of Clinical Services at Vets4Pets, said: “Sadly, age-related dementia is a degenerative disease that can affect many of our beloved pets during their lifespan, and we believe there could be close to one million senior cats and dogs in the UK living with the condition undiagnosed.

“We want to help raise awareness of the condition in cats and dogs so that pet owners feel more confident in knowing what symptoms to look out for – as with early diagnosis and the right treatment, there are many ways pet owners can help to alleviate the symptoms for their pets.

“Both improvements in diet and increased mental stimulation can help to improve brain health, which can slow the progression of pet dementia, and there are specific medications and supplements that can also help.”

Of those surveyed, over a third (37%) have had at least one cat or dog diagnosed with dementia.

And more than a third of these diagnoses came about after they took their pet to the vet for what they suspected was something else.

In fact, a fifth of respondents had no idea it could have been dementia before their visit where the condition was diagnosed.

Giving their pet plenty of love and attention ranked as the top way owners would look to support their four-legged friend if they were ever diagnosed.

And two in five recognised that keeping their home and surroundings as familiar and friendly as possible is an important way to help their cat or dog.

Throughout the survey, as the panellists learnt more about the condition, more than eight in ten said they would subsequently ensure they look out for the signs of dementia as their pet gets older.

While 80% wished they had previously known more about dementia in pets so they could have had their pet diagnosed.

The study, conducted via OnePoll, went on to find 35% of pet owners have, or will, increase the number of routine visits to the vets as their pet gets older.

Slowing down, sleeping more, and appetite changes are the most common changes owners associate with their pet getting old.

More than three in five admitted they can find it difficult to understand the signs of when they should be taking their pet to visit the vet.

And as many as a third have even delayed taking their pet to the vet as they were worried they might get bad news.

Dr Huw Stacey added: “It is only natural that many pet owners can have apprehensions about bringing their pet along to the vets, which is just a testament to how much they care.

“And while there are many things we should be doing at home to keep our pets happy and healthy – such as making sure they have enough exercise, and a safe, comfortable environment to live in – routine check-ups are just as important if you suspect that your pet could be suffering from dementia.

“Our ultimate goal is to help pet owners to care for their pets so they live a longer, healthier and happier life.”

For pet owners concerned if their pet might have dementia, Vets4Pets have created online dementia symptom checkers for cats and dogs.

Related posts:
21/03/2022 Health News Comments Off on Over a quarter of cat and dog owners don’t know their pets can develop dementia
Categories
Recent Posts